KVUE anchor Mike Rush didn't know why he got it or what to do with it, and it turns out he's not alone. 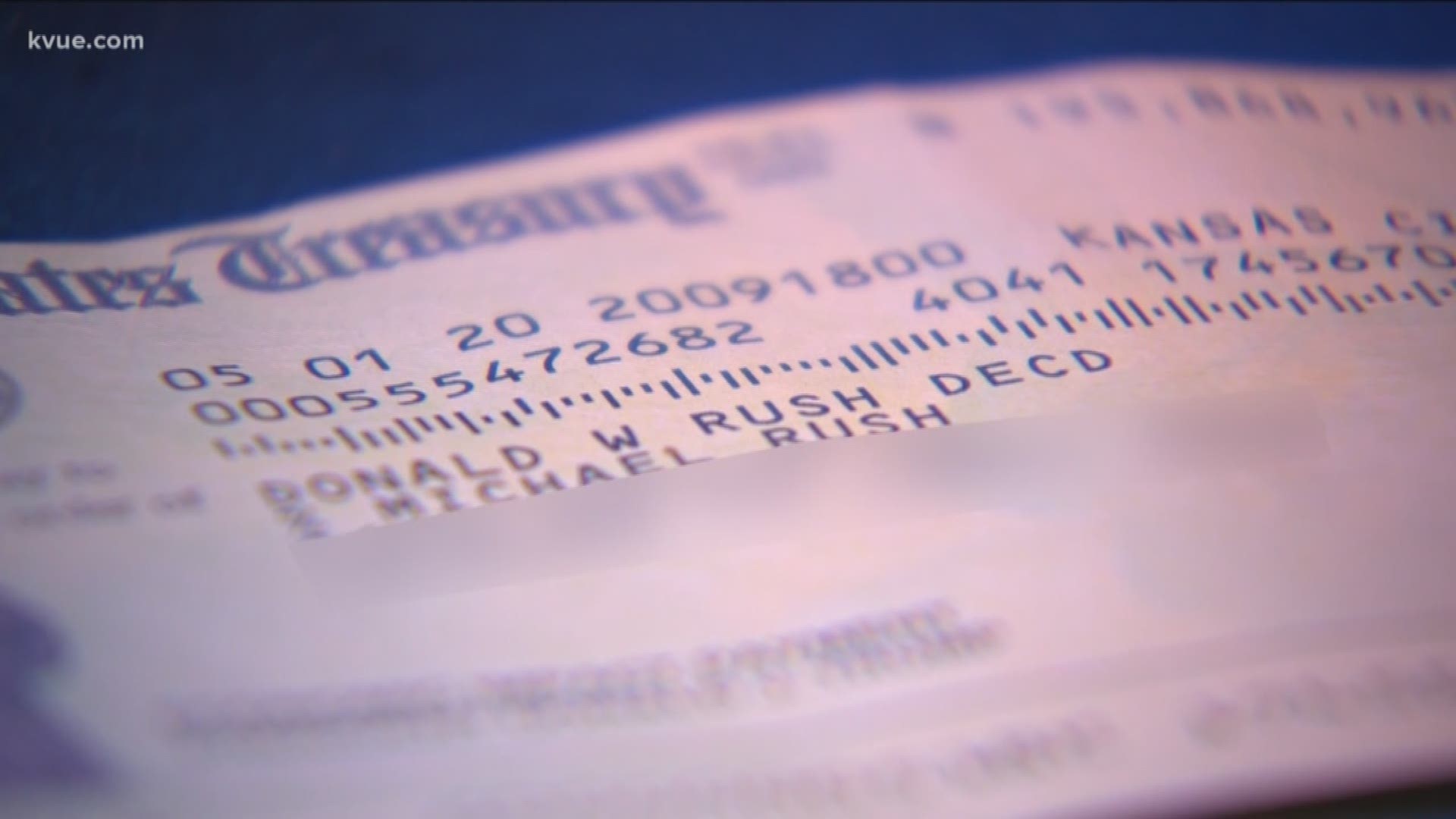 AUSTIN, Texas — If you're one of the many people still waiting for your federal stimulus check just to pay rent or buy food, this will make you angry.

Dead people are getting checks. KVUE anchor and member of the Defenders investigative team Mike Rush got a check this week for his father, Donald Rush. Mike's dad died in March of 2018.

The check, from the U.S. Treasury Department, does acknowledge Mike's father died, with the letters D-E-C-D, short for deceased, printed next to his dad's name, but the government still sent him $1,200.

Mike's name is printed on it too, which means he could cash it. He was confused, just like Mary Stribling.

She and her husband got a check this week too, for her mother-in-law who died about a year-and-a-half ago.

Stribling reached out to KVUE to find out, "Why are they sending it, and can we cash it?"

The government said it's happening because it doesn't always have all the information about people who have died right away, even though both Mike's check and Stribling's had the deceased code on them.

As far as what relatives should do with the money, the IRS, just Wednesday, put a message on its website stating money sent to dead people should be returned.

So, while Stribling has a check she's not supposed to cash, Babs Miller in Pflugerville doesn't have a stimulus check that her family needs.

She's retired and on a fixed income, living with her daughter and son-in-law, who is a disabled veteran who can't work and hasn't gotten his stimulus check either.

"That would have made a big difference in his income to be able to have that extra," said Miller.

The Treasury Department and IRS did not get back to KVUE about how many checks they've sent to people who aren't alive.

RELATED: 33 million applied for US unemployment aid since coronavirus hit

Meanwhile, Miller doesn't have her money, but still has her humor.

"I keep waiting for them to send my dead husband's check to me, but they haven't done that," she said as she laughed.

This has happened with past federal stimulus payments, but this is the first time the IRS has asked for the money back.

Some law experts said the government may not have the legal authority to make relatives return it.

If you received a check made out to a dead loved one, here is how the IRS says you can return it.