Less than 25% of vaccine doses in Texas have gone to seniors, state data shows 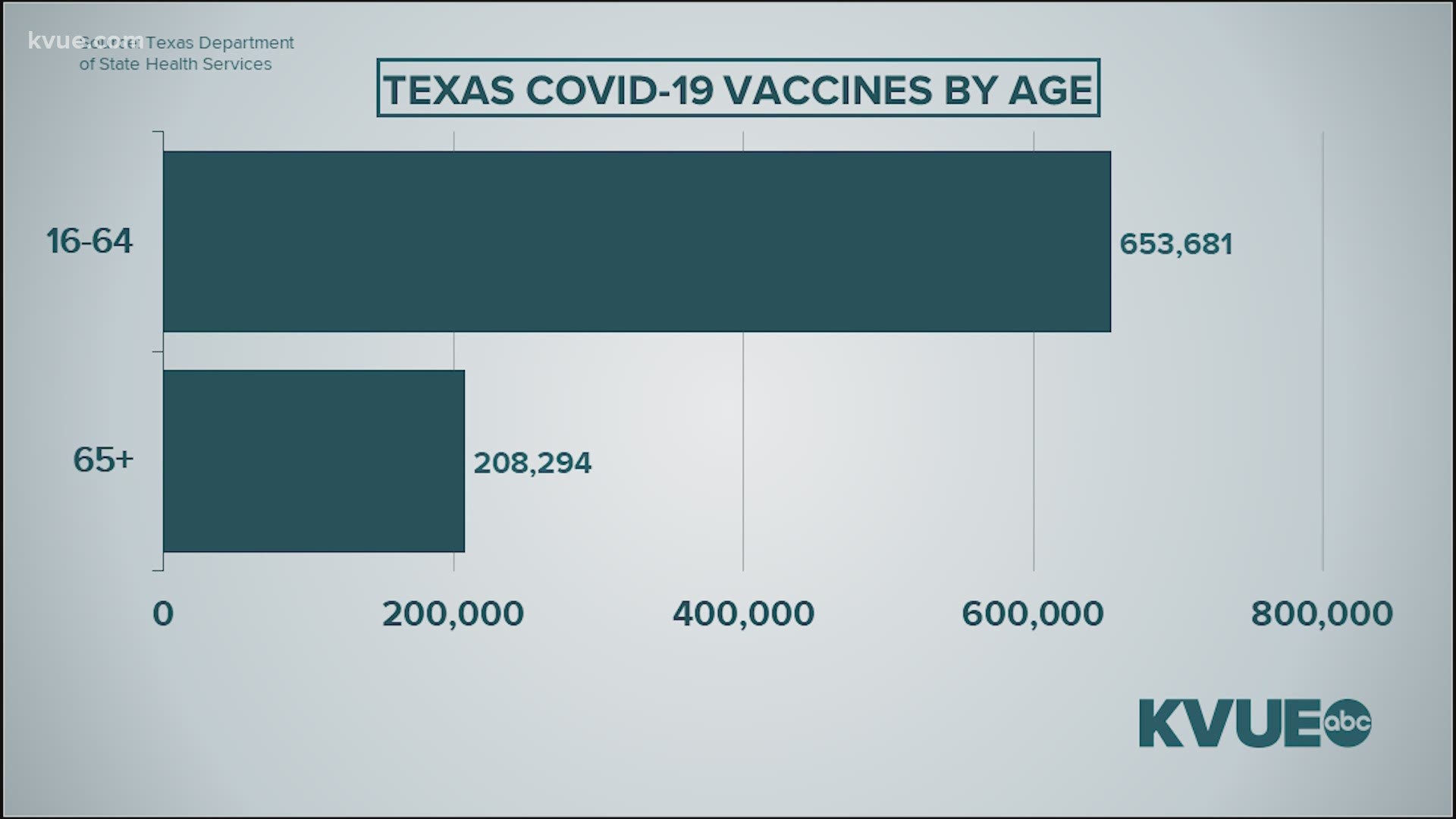 AUSTIN, Texas — The big push in Texas and across the country is to get people over the age of 65 vaccinated for COVID-19, according to guidance from the Department of State Health Services and Centers for Disease Control and Prevention.

But a KVUE Defenders analysis of state data shows us more than half of the state’s vaccines have gone to people younger than 65.

Elderly Texans say that could be because the State isn’t making it easy enough for them to get the shot.

Data as of Jan. 12 from the Department of State Health Services shows 653,681 doses of the COVID-19 vaccine have been given to people under the age of 64.

Credit: KVUE
Texans older than 65 have received more than 208,000 doses of the COVID-19 vaccine, which is less than 25% of the total number of doses administered in the state so far.

But 208,294 doses have been administered to people age 65 and older. That means less than 25% of the total doses in Texas have been given to our elderly population.

As elderly Texans struggle to get the vaccine, several have told KVUE one problem is how internet access is critical to getting the shot.

Beverly Corzan, who is older than 65, told us that creates a huge barrier to access for a lot of seniors.

“The only way you can get in line is to go online,” Corzan said. “And I have no knowledge of computers to even go online, and there's no way to sign up other than online. You can't call in, you can't text in, and all I can do is call or text.”

A spokesperson for the Department of State Health Services sent the following statement in response to KVUE’s findings:

“The majority of the people who have been vaccinated in Texas are health care workers so it stands to reason that most of them would be under 65. We expect that the data will shift some as more people in the 1B group, which also includes a large number of people under 65, get vaccinated.”

State data also shows us nearly twice as many women have received the vaccine as men.

Credit: KVUE
Nearly twice as many doses of the COVID-19 vaccine have gone to women than men, according to data from the Department of State Health Services.

The statement provided by DSHS did not include a comment about more women receiving the vaccine than men.