The City of Austin is on the hook for $2 million to renovate a low-income apartment complex after a developer didn't do the job. 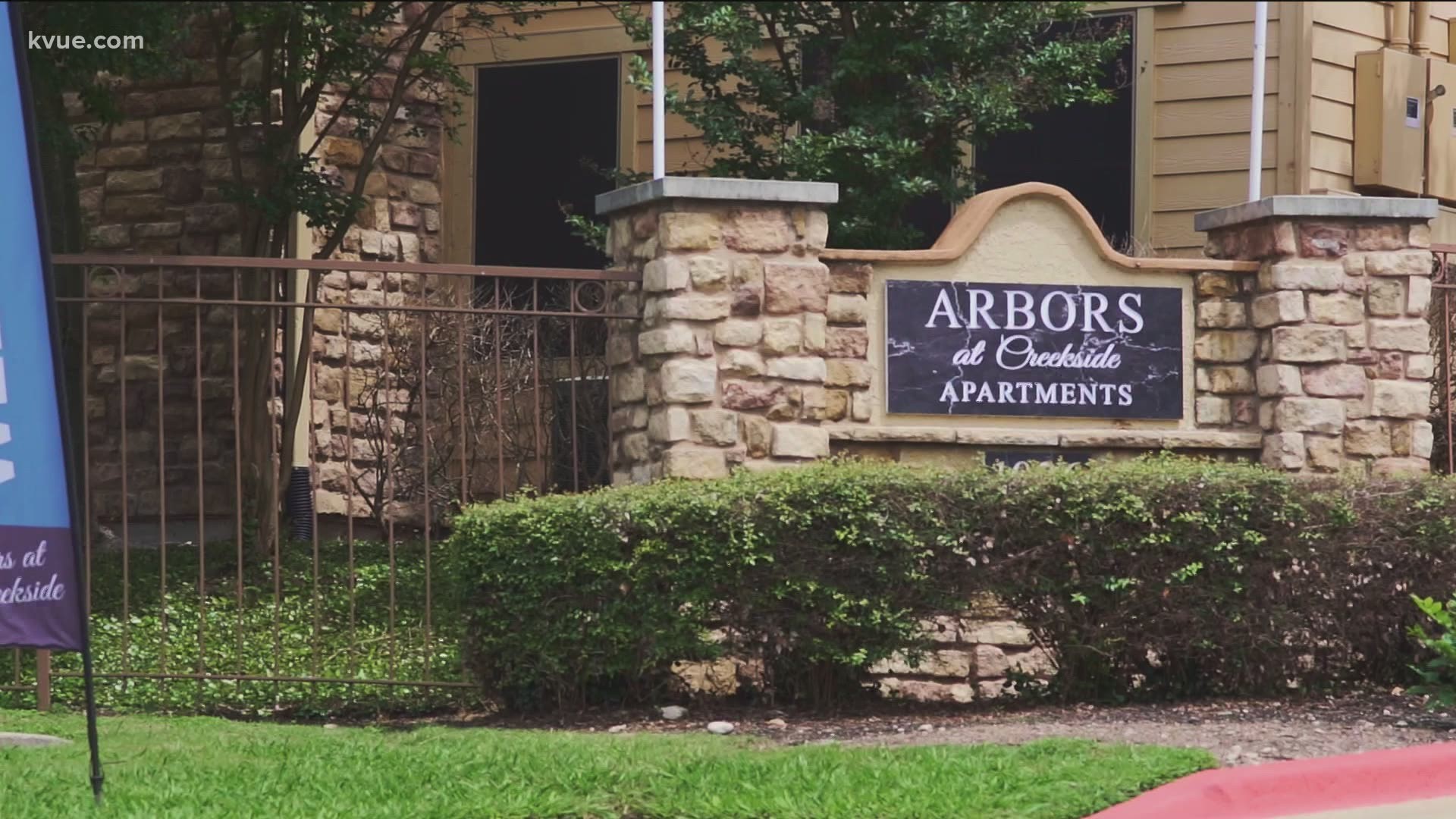 AUSTIN, Texas — The folks at Arbors at Creekside in North Austin say the recent winter storm damages are only the latest in a long history of needed repairs.

A few weeks ago, Joyce McGhee needed firefighters to carry her up four flights. The elevator was out for days. She needed to see a doctor.

Arbors at Creekside is a low-income apartment complex catering to the elderly.

“We shouldn't have to go through all of this. It's not right,” McGhee said.

McGhee moved to Arbors at Creekside five years ago. McGhee said shortly after, she started noticing mold around her air vents and continuous problems with the building’s elevator.

“I'm to the point where I am really, really upset. I am mad and frustrated,” McGhee said.

Jonnie Overton feels those frustrations, too.

“My doctor told me I had to move if I wanted to live,” Overton said.

“I really wasn't ready to move. But the building is not very clean,” Overton said.

Jeanne Luttrall needed a first-floor apartment. She gets around mostly by wheelchair.

"I went in to sign the paperwork and she started talking about the third floor," she said. "'Wait a minute, I'm supposed to go on the first floor.' 'Well, that apartment isn't ready. And if you have to be somewhere by tomorrow, then you have to take this one.'"

She didn’t know when a bottom-floor apartment would open, so she took what was available.

“The first year I was here, I was stuck up here for three weeks. Three weeks,” Luttrall said.

“Well, it was great at first. I chose this apartment complex because it was beautiful, had all the amenities, and it has gradually deteriorated,” Pam Rogers, Arbors at Creekside resident, said.

The first floor in one of the apartment buildings exposed the insulation. Rogers said was like that for days.

“You know, I love my apartment. But I just know the conditions are so bad. How much longer can anybody stay here for their own safety, for their own health?” Rogers said.

We didn’t talk to Rogers for long before a complex employee asked us to leave the property.

The KVUE Defenders found 76 code violations in the past three years. Code inspectors documented things like bed bugs, roof leaks and trip hazards. Of those violations, 58 ended in voluntary compliance. For others, code enforcement threatened criminal charges and fines to get problems fixed.

“We've been through it, Erica. We've had the bedbug war, the roach war. We're in the middle of the roaches war right now, and we just keep fighting because we won't give up. I mean, this is the last stop for a lot of people,” Luttrall said.

Some problems show up more than once, including extremely stretched elevator cables, problems with doors and emergency telephones that didn’t work.

“This is our home. This is our place of living, and if you don't feel safe, you can't get things done … Get out of here,” McGhee said.

The search for the complex owner led us to the Austin Housing Finance Corporation (AHFC). The Board of Directors includes all City Council members. The City of Austin partnered with a developer back in 2001 to provide an affordable living spot for seniors.

In 2018, Austin Code Compliance added the complex to its “repeat offender” list for not making needed repairs. The nonprofit Building and Strengthening Tenant Action helped tenants at Arbors at Creekside form an alliance. The alliance kept pushing City leaders for change and led to the City buying out its development partner.

Austin used 2018 bond money to spend $1.25 million to buy out the investor. The buyout gives the City control of the property to do repairs.

“By purchasing the limited partner interests, AHFC can ensure the continued affordability of the development and begin preparing for the potential 'resyndication' of the development with new low-income housing tax credits and bonds, or other type of financial restructuring in which the development, including its rental units, will be substantially rehabilitated. In addition, with new tax credits, the affordability period will be extended under a new 30-year, or longer, TDHCA land use and regulatory agreement,” the April 8, 2021, Recommendation for Action AHFC documents showed.

The City agreed to spend another $750,000 for winter storm repairs.

Arbors at Creekside is one of 10 affordable housing partnerships owned by Austin Housing Finance Corporation.

“The benefit is that we bring a property tax exemption to the table, and that is incredibly powerful in a state like Texas,” Patrick Russell, Austin housing development manager, said.

Russell is in charge of the partnership deals. He said these deals are needed to lure in low-income residential developers.

Russell met the KVUE Defenders at Aldrich 51, a 2015 partnership development in the Mueller area. Aldrich 51 does not have code violations like Arbors at Creekside.

Russell would not talk about Arbors at Creekside, but he would speak to the process of the partnership program.

“If we're going to be a partner and provide that property tax exemption, we need to be good stewards of that program,” Russell said.

After the 2018 bond, Russell and his team looked into the program. They checked all past partnerships.

“Ensure that they're in good shape, and if they're not, what do we need to do to get them up to snuff?” Russell said.

Russell said the City will add language to future partnerships to allow the City the Right of First Refusal should the partner opt to sell its share of the development.

“We expect a significant community return and that has to be guaranteed on the front end. One thing that we think about carefully is, 'Where is this housing located?' There are dozens of affordable housing projects going on right now in the city of Austin, and we would not say yes to a partnership on the majority of them because they don't meet our criteria,” Russell said.

The criteria, he said, includes:

“Most importantly, are you willing to negotiate with us and form a partnership agreement that ensures that if things go wrong and you're not taking care of those residents? We represent the Austin Housing Finance Corporation, and therefore City Council can step in immediately and respond to the concerns of the residents and take ownership and control of that development,” Russell said.

“We are really fighting for a safe place to stay. We are fighting for our health, our safety,” McGhee said. “And what it all boils down to is – all we ask for is a little help from you to give us the respect that we are due.”

Alligator from Louisiana shows up on Padre Island National Seashore

Woman gets back $1M lottery ticket she had thrown away