In Williamson County, there is a tug-of-war between cities over who should provide water to newer neighborhoods. Homeowners are caught in the middle, forced to pay. 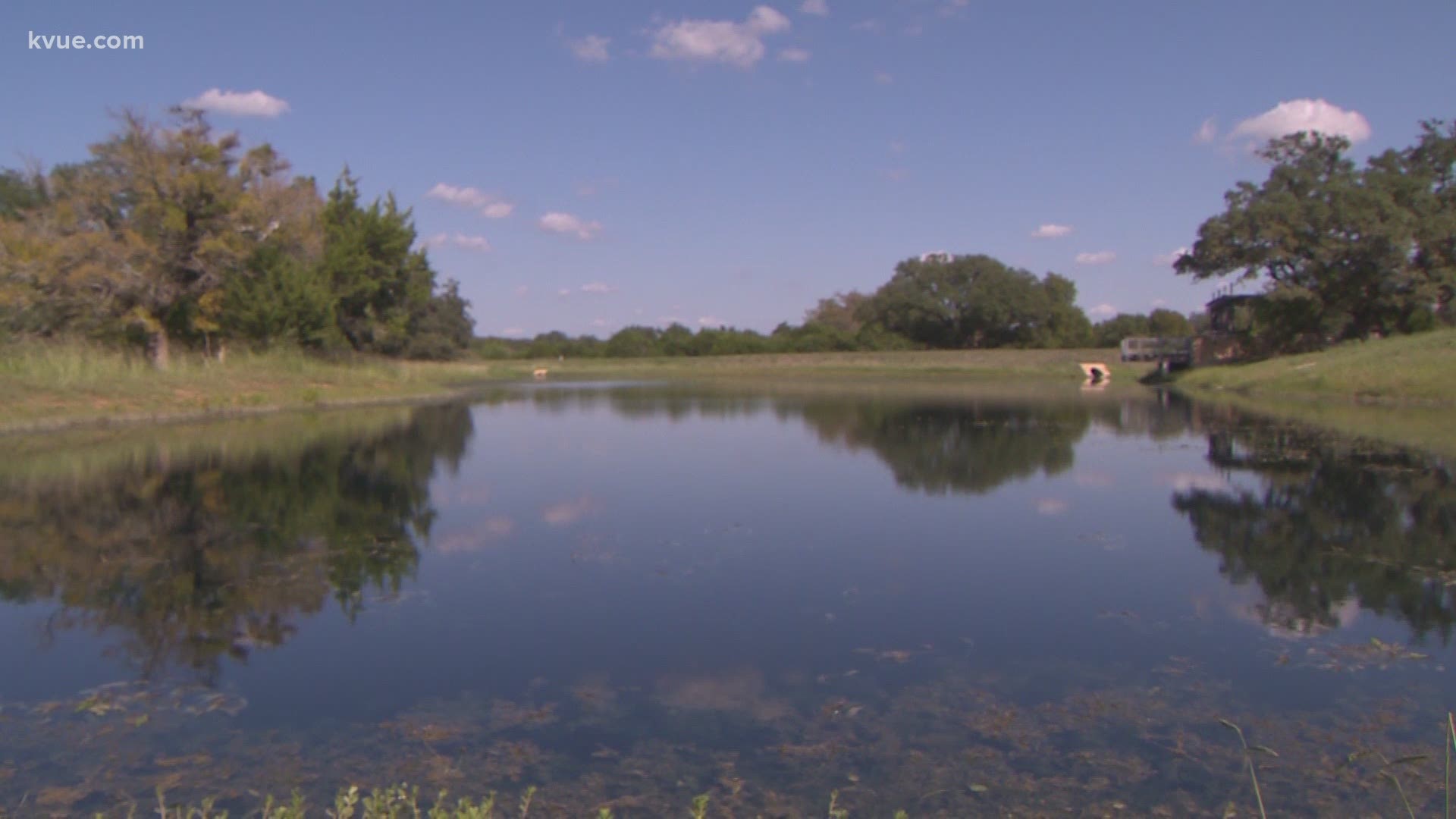 LEANDER, Texas — Boomtown 2040 is KVUE's focus on the growth in Central Texas, which includes suburban explosion.

In Williamson County, there is so much growth happening that neighborhoods are being pitted between cities. As the KVUE Defenders uncovered, it's created a water fight in an area where homeowners are forced to pay without any options.

Location is everything in real estate. Mary Martin knew that and it’s why she chose to retire in Rancho Sienna, a new neighborhood in Williamson County.

“We're not far from the river, so I love that,” said Martin.

“We just found this house, found the spot and fell in love with it,” Von Heeder said.

Nestled in the hills, Rancho Sienna is located in a growing area off Ronald Reagan Boulevard and State Highway 29. It falls within an extraterritorial district in Williamson County, an unincorporated area just outside Leander, Georgetown and Liberty Hill. For many of these families, that was part of the attraction and, now, part of the problem.

“I would say do your research on your utility bills and don't get stuck in the situation like we are,” said Martin.

History of water in Williamson County

Originally, Chisolm Trail Special Utility District provided water for this area. However, when it was dissolved, Georgetown took over and for years it remained that way.

Then, in 2014, Leander petitioned to take over water for the area that is now Rancho Sienna. The City notified customers in 2017. The problem is most of the homeowners were not living in Rancho Sienna at the time.

“It's like that's really not fair because they didn't tell us,” said Martin.

Martin and her husband moved in April. They signed up for water with Georgetown, paid the deposit and then a month later got a bill from Leander. She said she was never told there would be a switch.

Mike Neu is the public information officer with the City of Leander.

“The difference was there was maybe a few dozen homes and ranches at the time (2014). And, in six years, there's now over 1,200. So big change prior to us actually making that switchover. So, I can see why a lot of new residents really had no idea,” said Neu.

For retirees and families on fixed incomes, the bills have been a big blow to their budgets.

“It looks like the utilities now are going to be, if you add them all together, they are going to be more expensive than what the current payment for our house – that’s the mortgage and the interest. So it's a little stunning for it to have go up that much,” said Von Heeder.

“With Georgetown, it was about $93 in the summer. Our last bill we got from Leander was $185. So it's a pretty large margin and we're a three-person family. I couldn't imagine what people with more are dealing with,” said Hannah Langley.

"I think looking back, a steady flow of information could have helped ease the panic about the changes in the rates, you know, because it's been in the works so long. This isn't something that can sort of change course at this point in time,” said Neu.

No way to appeal

Cedar Park and Leander charge the most, but they cover largely rural areas where infrastructure and water towers still need to be built. These growing areas of new development are often where water is transferred between cities.

It turns out when there is a transfer, like Rancho Sienna, homeowners cannot appeal to the Public Utility Commission.

According to the PUC, customers can appeal water rates within 90 days of a rate change, but only in an existing service area.

“I'm going to get some rain barrels, I think so I can continue to water my plants without going broke,” said Martin.

Martin and the others said water wasn't something they ever really thought much about when buying their homes. But as many rural Central Texas counties see an explosion of growth, the lines of service providers are increasingly becoming blurred.

“In Rancho Sienna, we have a Georgetown address, but then our kids go to Liberty Hill schools. And then now I guess our water is Leander. So we're kind of dealing with three different cities here,” said Langley.

“We realize it's difficult and we're still going to provide the best service we can and we hope customers understand that,” said Neu.

It is a costly lesson about why knowing everything about your location, like which city will provide your utilities, is key in real estate.

This could happen in other areas across Central Texas as neighborhoods continue to pop up in many of once-rural areas.

Sen. Charles Schwertner told the KVUE Defenders he plans to propose a bill in the next Texas legislative session that would allow homeowners to appeal to the Public Utility Commission when cities transfer service, not just when rates rise with an existing provider. Count on the KVUE Defenders to let you know what happens.

Can I vote in Texas if I have past convictions?