This is a story about a guy and his girlfriend, Keith and Nancy, and Keith's decision after about 20 years to put a ring on it. 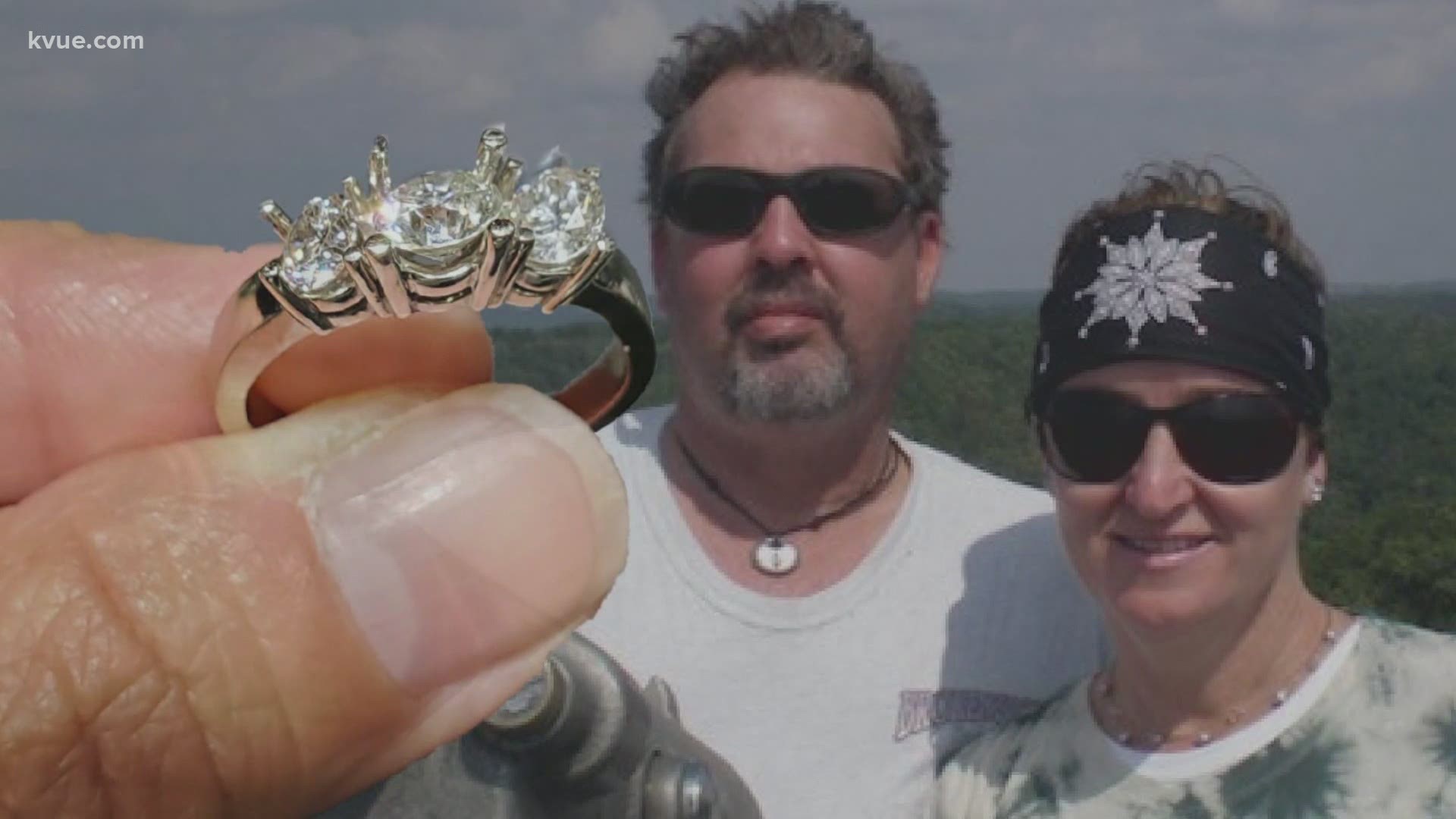 AUSTIN, Texas — Take a look at this home security video. There's nothing remarkable, just a mail truck pulling up to a mailbox. It stays there for about 40 seconds and then drives off.

Not much to see, but it's what you don't see that Austinite Keith Price said side-tracked his grand plan decades in the making. So, he contacted the KVUE Defenders.

This is a story about a guy and his girlfriend, Price and Nancy, and Price's decision after about 20 years to put a ring on it.

"So, you're a slow and methodical type," Mike Rush asked.

"Yeah," Price said. "We moved in about two years ago and we haven't killed each other, so."

Joking aside, Price bought a ring from his son and daughter-in-law, who are jewelers in California. He planned an RV trip to Box Canyon in Colorado, where he would surprise Nancy with the engagement ring. But there was a problem.

"It never showed up," said Price.

Even though a USPS tracking document states that, on Aug. 15 at 1:09 p.m., the ring "was delivered to an individual."

But on that same day and time, Price's home security footage shows the truck pulling up to the mailbox, sitting there for about 40 seconds and then driving off. It does not show anyone getting out of the truck to make a hand delivery.

"Either it didn't get delivered or somebody stole it out of the mailbox," said Price.

It's not so far-fetched because just across the street and down the road at a bank of mailboxes for a subdivision, there were at least two documented cases of mail thefts in that same time period captured on cameras.

But Price really has no idea what became of his ring and, making matters worse, even though the jewelers insured it for $3,000 through USPS, the post office denied their attempts to collect the money. So, after months with no progress, Price contacted the KVUE Defenders.

KVUE's Mike Rush reached out to the United States Post Office. The agency refused his request for an interview but, within days, USPS paid the $3,000.

"We want to thank KVUE for the help they gave," said Price.

Which may have just added to the pressure the couple was already putting on the post office.

So now, with the money, Price bought another ring, putting the postponed proposal back on track.

The package also required a signature for delivery and Price said someone forged his name on the ticket.

The jeweler tells the KVUE Defenders the postal worker admitted to her that he signed for the package himself and put the ring in the mailbox, which is against the rules.

The post office won't confirm that to KVUE but said the matter has been addressed appropriately.

Meanwhile, Price filed a report with the Travis County Sheriff's Office, which is investigating.