The pardon attorney assists the president in exercising the power to pardon, listed under Article II, Section 2, Clause 1 of the Constitution (the pardon clause). 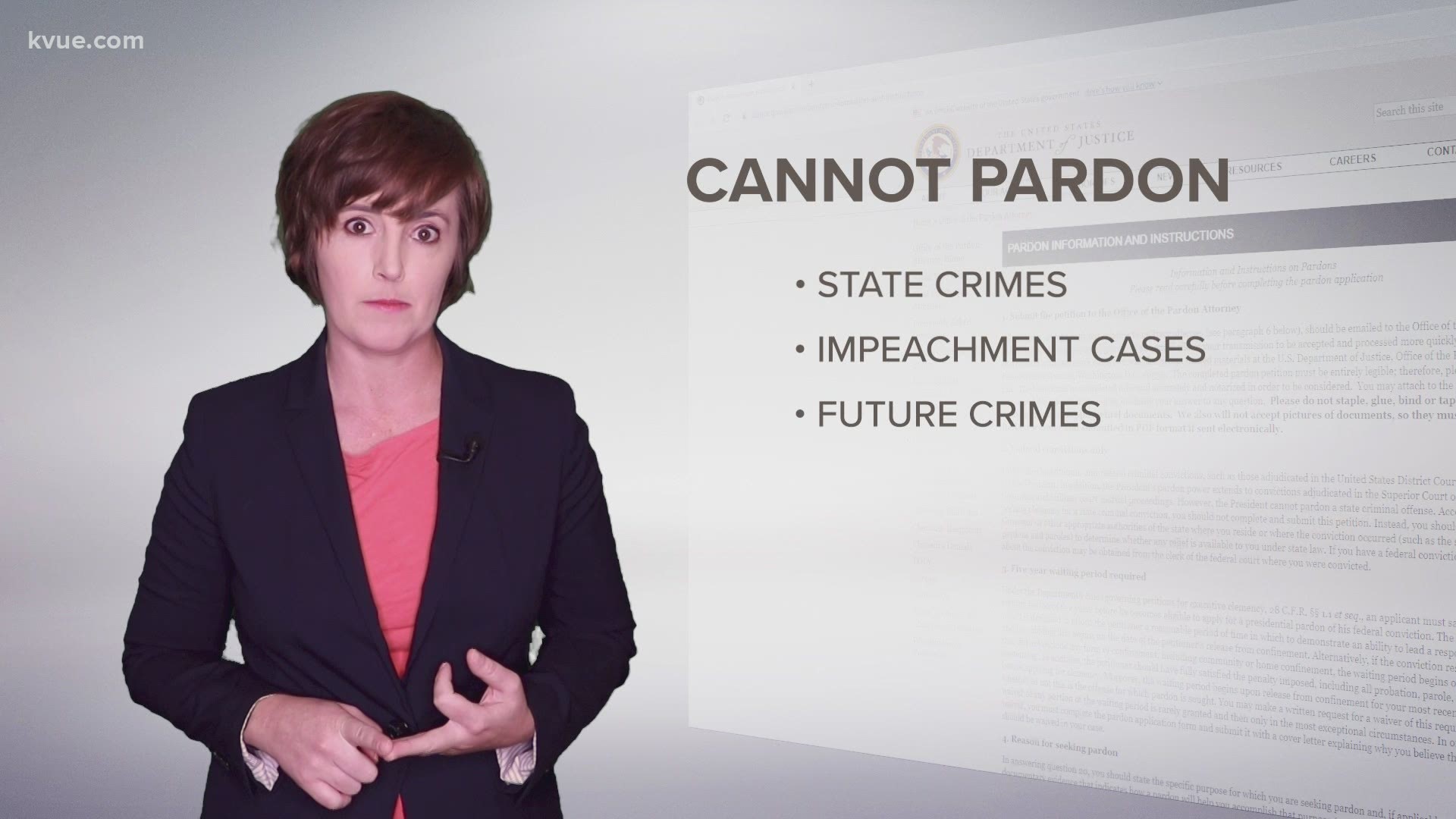 AUSTIN, Texas — The Department of Justice's website shows “a minimum waiting period of five years” after a person has served their sentence could they be eligible to petition.

It’s not always the case, like we saw with some of President Donald Trump’s pardons.

A formal petition for pardon goes to the DOJ. The pardon attorney reviews each application and investigates the case, which includes getting comments and information from other agencies.

There are three things a president cannot pardon:

A pardon doesn’t wipe away the crime from all records, but it does remove civil disabilities, like the right to hold a state office, voting restrictions and the ability to serve on a jury.

Pardons can also be turned down.

Accepting a pardon removes the Fifth Amendment privilege when called to give testimony related to that pardoned crime.

Some of the notable pardons from past presidents:

One pardon is celebrated each year – the Thanksgiving turkey pardon.

Any pardon in which there was a petition can be searched on the DOJ website. The DOJ also posts answers to frequently asked questions.