AUSTIN, Texas — The Texas Commission on Environmental Quality (TCEQ) fined Round-up 5 in Marble Falls $19,593 and the City of Horseshoe Bay $7,500 for environmental violations.

The Round-up 5 enforcement records show six violations. Among them include the company failed to investigate a suspected leak, didn't check for those releases once a month and part of the equipment was either loose or missing.

The $7,500 fine will be paid to a third party for conservation in that area.

You can read a copy of TCEQ's fine against Horseshoe Bay online: 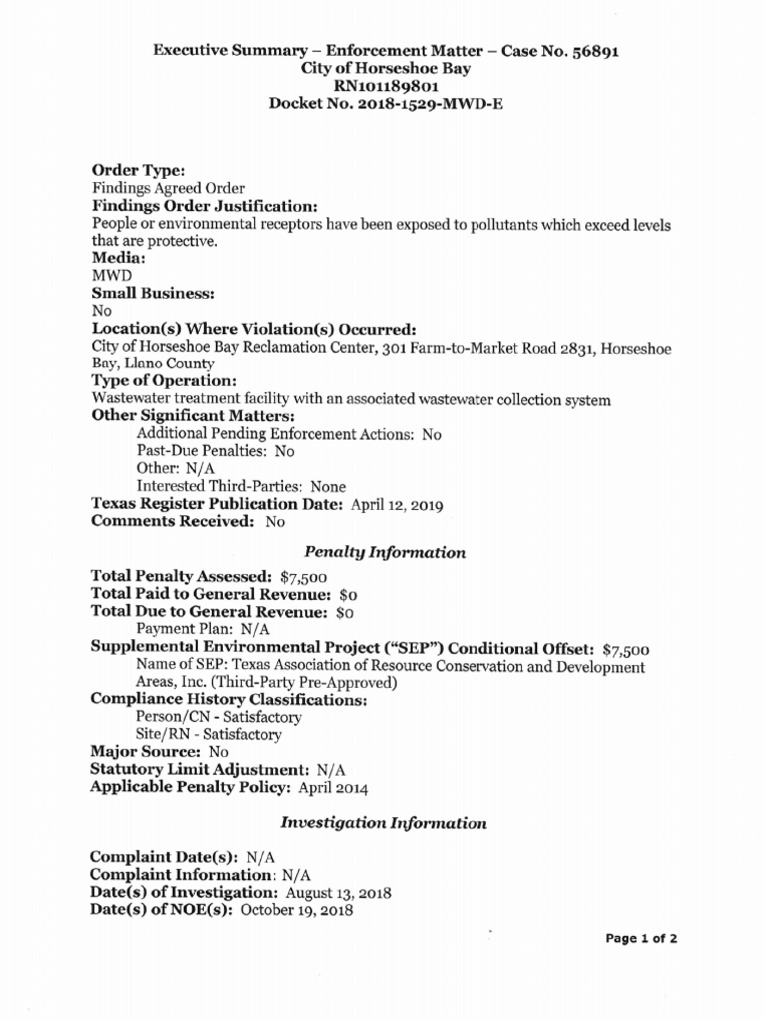 You can read a copy of TCEQ's fine against Round-up 5 online: 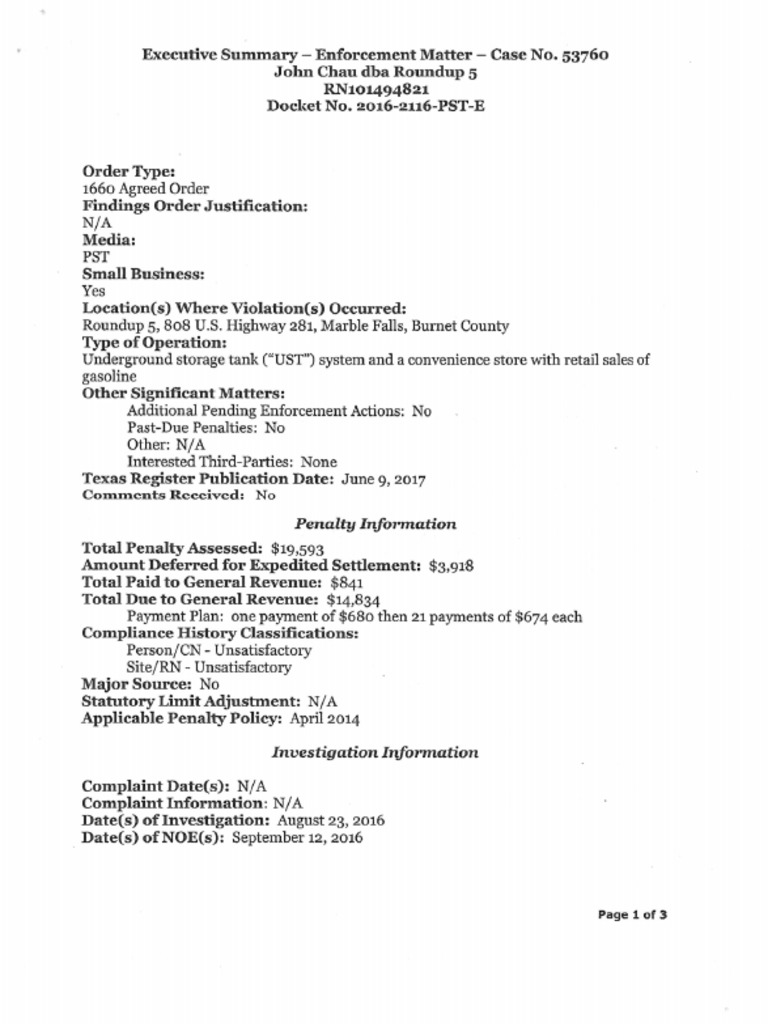