The COVID-19 pandemic has robbed high school seniors of a lot of iconic experiences. It nearly left a group of teenagers out of hundreds of dollars. 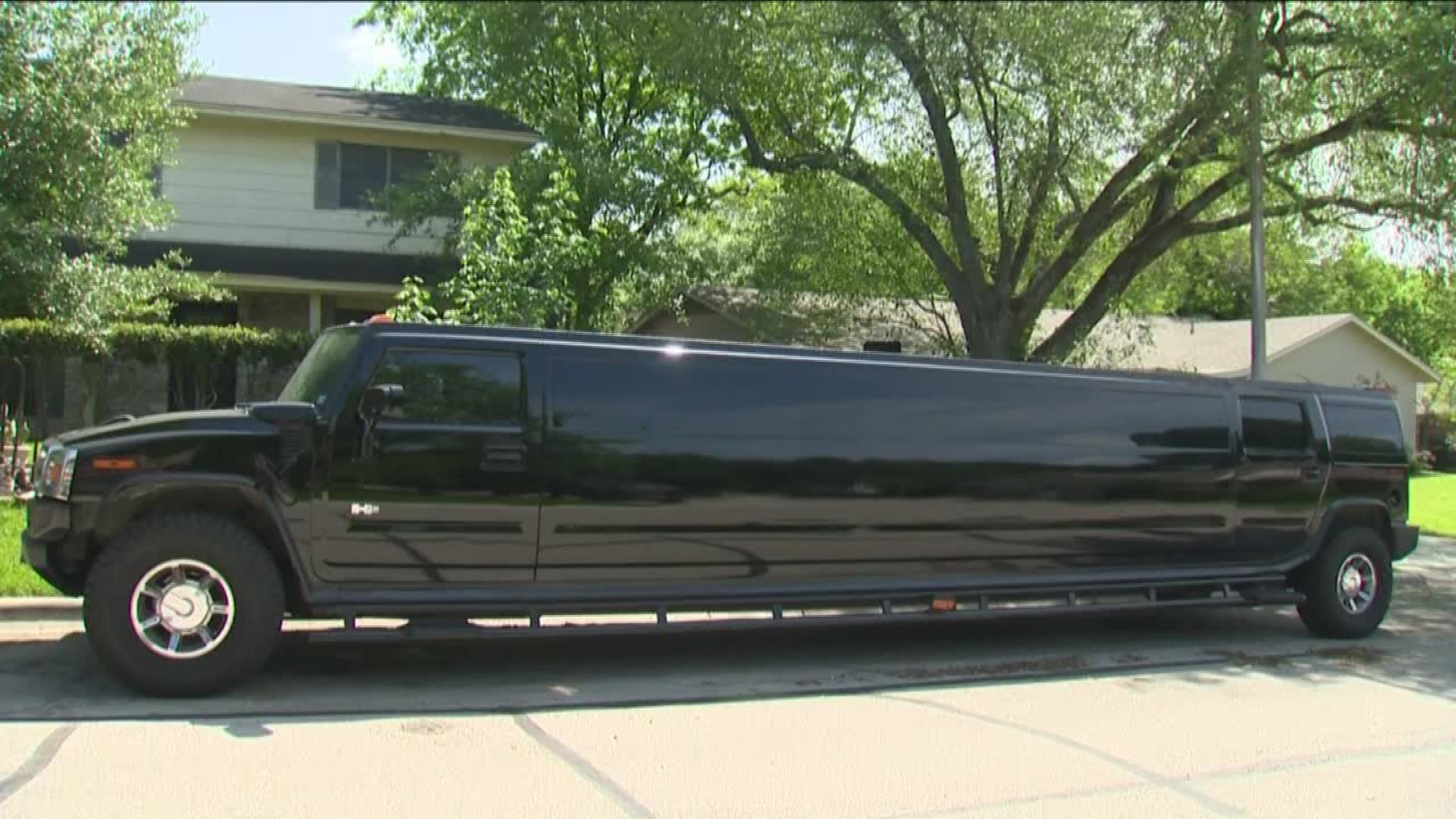 AUSTIN, Texas — Lizzie Opp was so ready. She found the perfect prom dress after deciding her original idea to sew one herself was too daunting.

“I found this one online,” she said proudly as she held up the dress. “It worked perfectly.”

Everything was lining up for the Lake Travis High School senior until COVID-19 railroaded her rite of passage. Now, there was no finishing her senior year with friends, no graduation ceremony and no prom. Instead, quarantine, spending time doing things like cooking, bathing her chihuahua, Foxy, and studying.

But all the while, Lizzie has also been in a squabble over a stretch limousine.

She and 16 friends pooled their money to rent a Hummer limo to travel to and from prom in style. Once they no longer needed it, she emailed and called the company she used to book it online, Price4Limo.com.

Dozens of apartment complexes lack sprinkler systems in Round Rock

“He said, 'We're not making any exceptions,'” said Lizzie. “Our policy is no refunds for the deposit.”

All that was offered was a credit, which they didn't need. The contract does state, more than once, all deposits are nonrefundable. But the unwavering policy puzzled the 17-year-old, considering we're in the midst of a worldwide pandemic.

“I think it's very unethical and it is taking advantage of this time right now,” she said.

The teenagers were out $630. Two companies took a chunk of the overall deposit: Price4Limo, which handled the booking, and its local affiliate with the vehicles, Curtis Limousines.

First, the KVUE Defenders called Price4Limo. We called three times and left messages but got no response.

So, the KVUE Defenders moved on to Curtis Limousines, the local company with a business address at an East Austin home.

At first, things seemed to go great with the owner, Curtis Walker. On the phone, Walker told KVUE, “So, I guess we need to go ahead and take care of that.”

But later in the same conversation, Walker said, “You know, I could return half of it back and see if she'd feel comfortable with that, sir.”

And it got worse during a phone call on another day.

“What exactly are you trying to accomplish,” Walker, sounding bothered, asked. “I have a contract.”

His resolve to refund seemed to slip. Walker had lots of reasons – he wasn't notified soon enough; he turned down other offers because he was holding a limo for the teenagers; proper procedures weren't followed; and even the idea that if the pandemic cleared up in the next few days, she may want that limo.

“Hypothetically, but it could happen,” Walker said.

Somewhere in that confusion came a message of clarity from Price4Limo. Soon after the KVUE Defenders reached out, Lizzie got a message from the company, stating that, after speaking with the local service, Lizzie would get her deposit money back from both companies, although it could take up to two months.

Walker followed up with an email to Lizzie saying, with no money coming in, that's a projected date.

Lizzie should eventually get her money back, while other losses can't be recouped, like missing prom and wearing her dress.

“I was really excited to wear it, but now I don't get to,” she said.

But she worries about other customers who might be treated the same way.

“People need to come together rather than take advantage of a situation like this,” she said.

We know Lizzie is not alone. KVUE found bad reviews from other Price4Limo customers complaining about the same thing. The company refused to return the deposit even though the pandemic canceled their plans.

If you are in a similar situation, the Texas Attorney General’s Office recommends you file a complaint with it. Complaints can be filed online at http://txoag.force.com/CPDOnlineForm, or through email at consumeremergency@oag.texas.gov.

You can learn more about the consumer complaint process here: https://www.texasattorneygeneral.gov/consumer-protection/file-consumer-complaint.