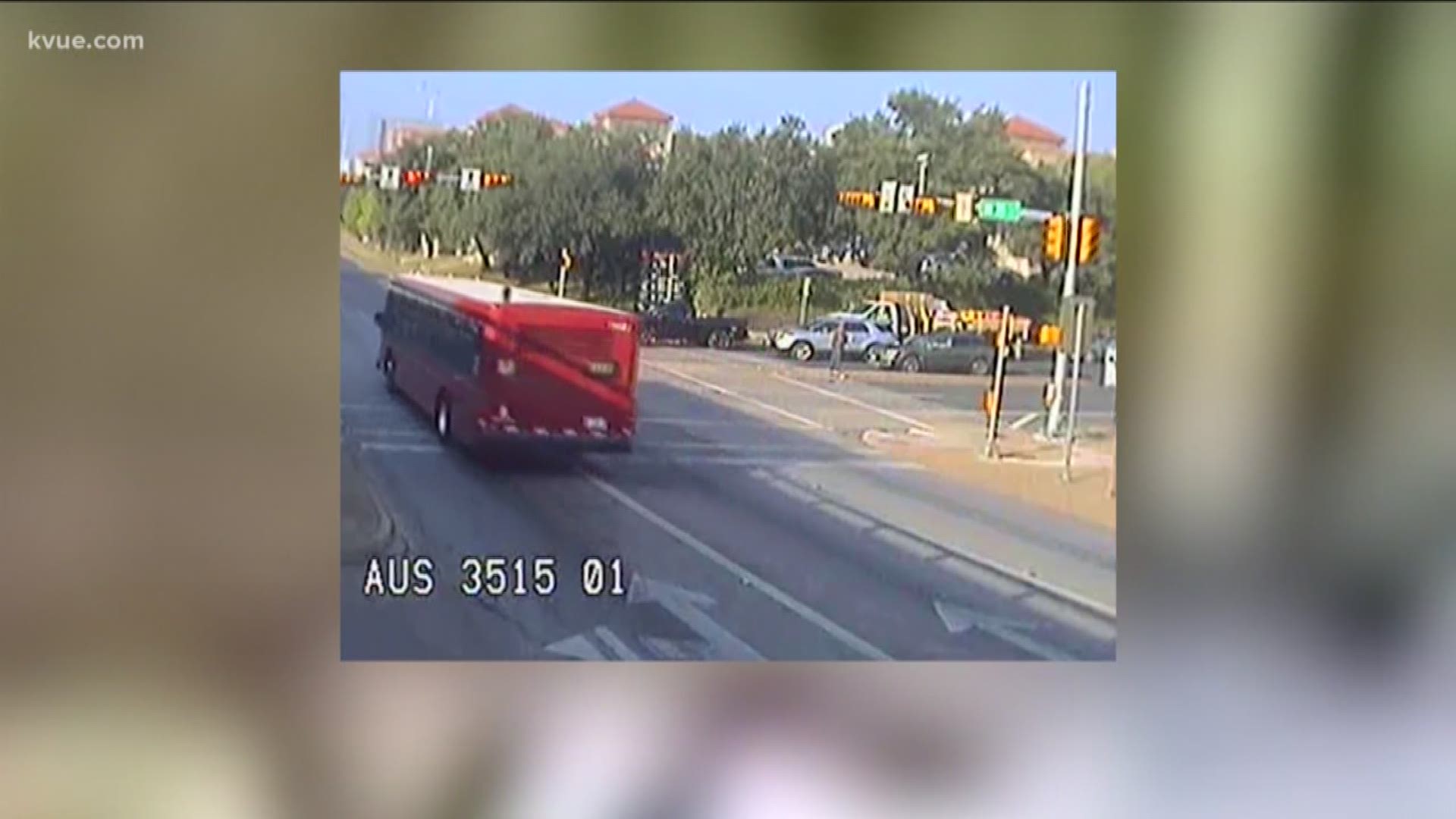 AUSTIN, Texas — Editor's note: The above video states that the VP of Bus Operations at Capital Metro is named Dottie Walker. Her name is Dottie Watkins.

The City of Austin quickly ceased its red-light camera operations two days later. Those cameras held everyone to the same standard, including government workers on the job.

The most violations came back to Capital Metro, which covers more than 7 million more miles a year than all City of Austin non-emergency vehicles.

We took our findings to Dottie Watkins, vice president of bus operations for Capital Metro.

“Yeah, that’s absolutely a situation where we weren’t paying close enough attention,” she said, looking at a video.

“I think if you’re going to compare entities and compare vehicles, you really do have to look at the vehicle miles traveled,” Watkins said.

Records show Capital Metro covers 32,730,040 miles a year and has a smaller fleet than all other non-emergency City of Austin department combined.

In all, most of all tickets come back to southbound Interstate Highway 35 frontage road and 15th Street.

Austin Police Detective Patrick Oborski said police do not have the manpower to launch a red-light camera ticketing operation but will continue to watch intersections while on patrol.

“Patrol officers or traffic officers are welcome to go look for anything that they can find. Or if they see something in front of them, we encourage them to take action,” Oborski said.

The main intersection for Capital Metro violations also come back to southbound I-35 at the 15th Street traffic signal, but no bus route runs south through the intersection.

“It doesn’t sound good. It’s quite dangerous for this, for the pedestrians as well as the cars,” said Mike Kammlah, an occasional Capital Metro bus rider.

“Obviously, running a red light is not operating safely,” Watkins said. “We do look at numbers like that in the context of our overall driving environment … any one is too many.”

Records show a Capital Metro driver hit Avila-Paloma from behind. Injuries to Avila-Paloma include “disfigurement.”

“Safety violations are a very serious thing and can result in termination of employment,” Watkins said.

Drivers get disciplined based on a point system.

Failure to report a ticket or incident will result in automatic termination.

After initial probation, a driver cannot get six or more points in any rolling 18-month period.

One incident can have multiple safety violations. A driver will be fired if they have three separate incidents in one year.

“All of our operators, in addition to being issued disciplinary action, are going to be coached or retrained, depending on what exactly happened in the incident,” Watkins said.

Watkins said drivers do not get disciplined if their schedule runs behind.

“We definitely want our services to run reliably but what we train our operators is safety is first, service is second, their schedule is third,” she said.

If a driver gets a ticket, the driver pays it.

“There’s a need for buses and there is a need for trains, but we also have cars. We ought to work together,” Kammlah said.

Inertia-based monitoring devices are on each bus. Capital Metro managers can see speed, hard braking, sharp turns, and video of what’s going on.  Any change would be noted and reviewed.

With the cameras gone, it will be up to the public to report these violations.