An orchiectomy – the removal of one or both testicles – was performed on the man about a week after he first reported problems, the suit states. 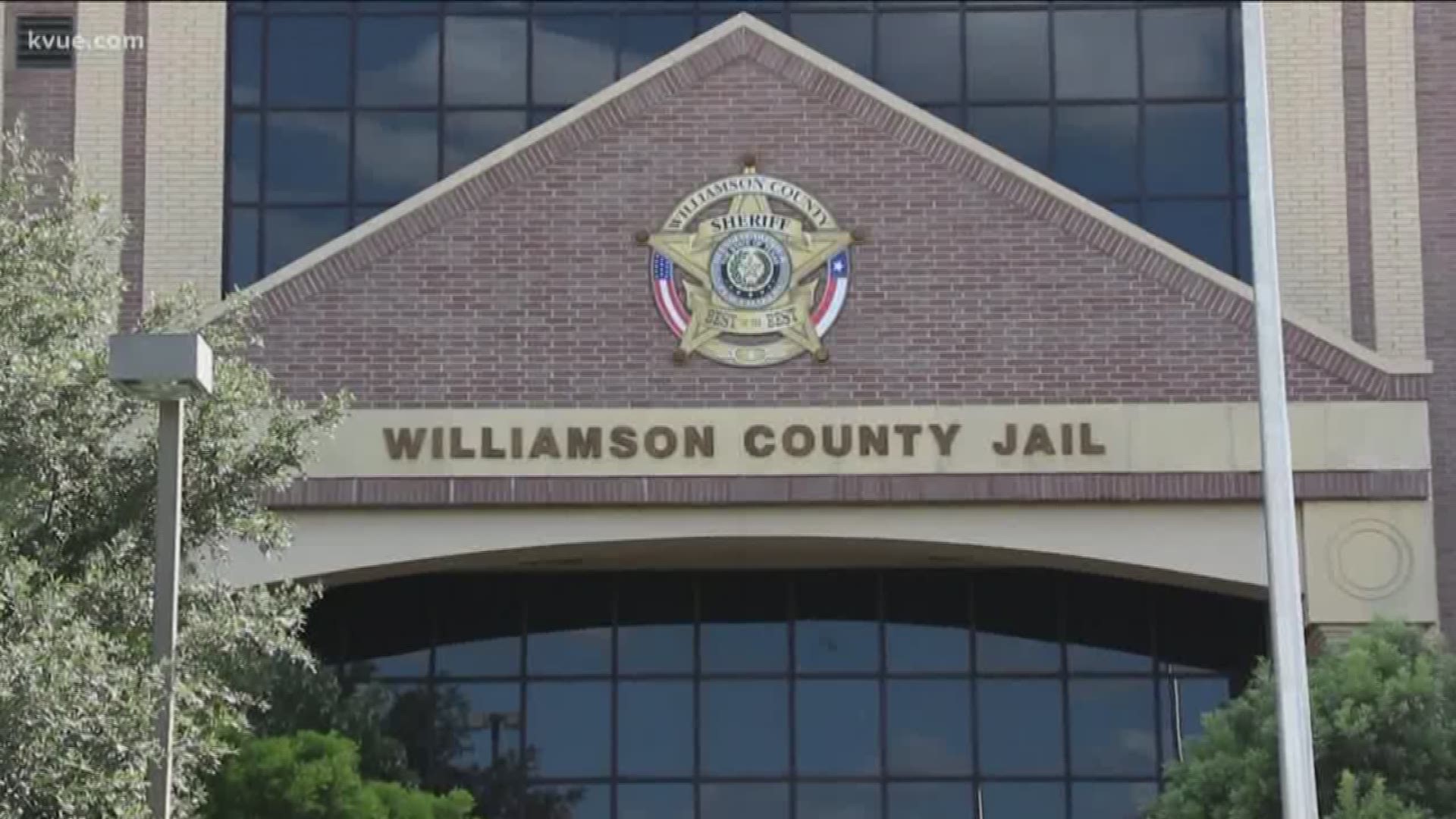 WILLIAMSON COUNTY, Texas — A former Williamson County inmate has sued the county after he says he was not provided the proper medical attention for a testicular issue that arose while he was in jail.

According to the lawsuit obtained by KVUE on Wednesday, the man was arrested by the Round Rock Police Department on June 21, 2016, for one count of aggravated robbery and two counts of burglary of a habitation with intent to commit other felony. These charged stemmed from an offense that occurred on March 31, 2015.

The man remained in the Williamson County jail pending trial, June 21, 2016, until about May 18, 2018. At this time, he was on parole from a 2011 aggravated assault with a deadly weapon offense.

A parole hold was issued following his 2016 arrest, alleging that this offense violated his parole terms. At all times during his incarceration, the suit states his parole was not revoked nor was he convicted of an offense.

The suit states his medical issues arose in January 2018. He requested ibuprofen on Jan. 11 and submitted a request for medical assistance with complaints of swelling in his testicles on Jan. 13. He was transported to the hospital on Jan. 14.

At the time, the lawsuit states the doctor did not identify the cause of the swelling but prescribed him multiple medications and provided discharge instructions for him to follow up with a urologist and family physician within two to four days. The doctor stated he should seek emergency care if pain or swelling increased. According to the suit, an understanding of these instructions was signed by a Williamson County deputy and he was discharged on the same day.

Delays cause longer jail times for dozens. You foot the bill

Jail records indicate that a follow-up appointment was not scheduled and he was not placed in a medical unit for supervision, according to the suit. On Jan. 17, the man said he submitted another medical request form because his pain and swelling had worsened. However, records indicate he was not seen by the Williamson County medical department after this request.

On Jan. 20, the suit states he filled out a Williamson County Sick Call Progress Note complaining that his testicles were still swollen. Medical staff noted that he had a low fever, appeared sweaty and his swelling and pain were continuing despite antibiotics. He was then transported to the hospital.

According to the suit, an ultrasound that day revealed he had testicular torsion and an orchiectomy – a surgical procedure in which one or both testicles are removed – was performed on him. He was discharged and Jan. 24 and transported back to jail.

The man was acquitted of all charges on April 6, 2018, the suit states, and the Texas Department of Criminal Justice dismissed all revocation proceedings against him on May 18.

Though the Williamson County Sheriff's Office said it cannot comment on pending litigation, the office released the following statement:

"Sheriff Chody looks forward to vigorously defending the actions of the sheriff’s office in this case."