Families living without sewer in subdivision that may be illegal

A controversy surrounds yet another new subdivision development that may be illegal. This time, it’s on land in East Travis County. 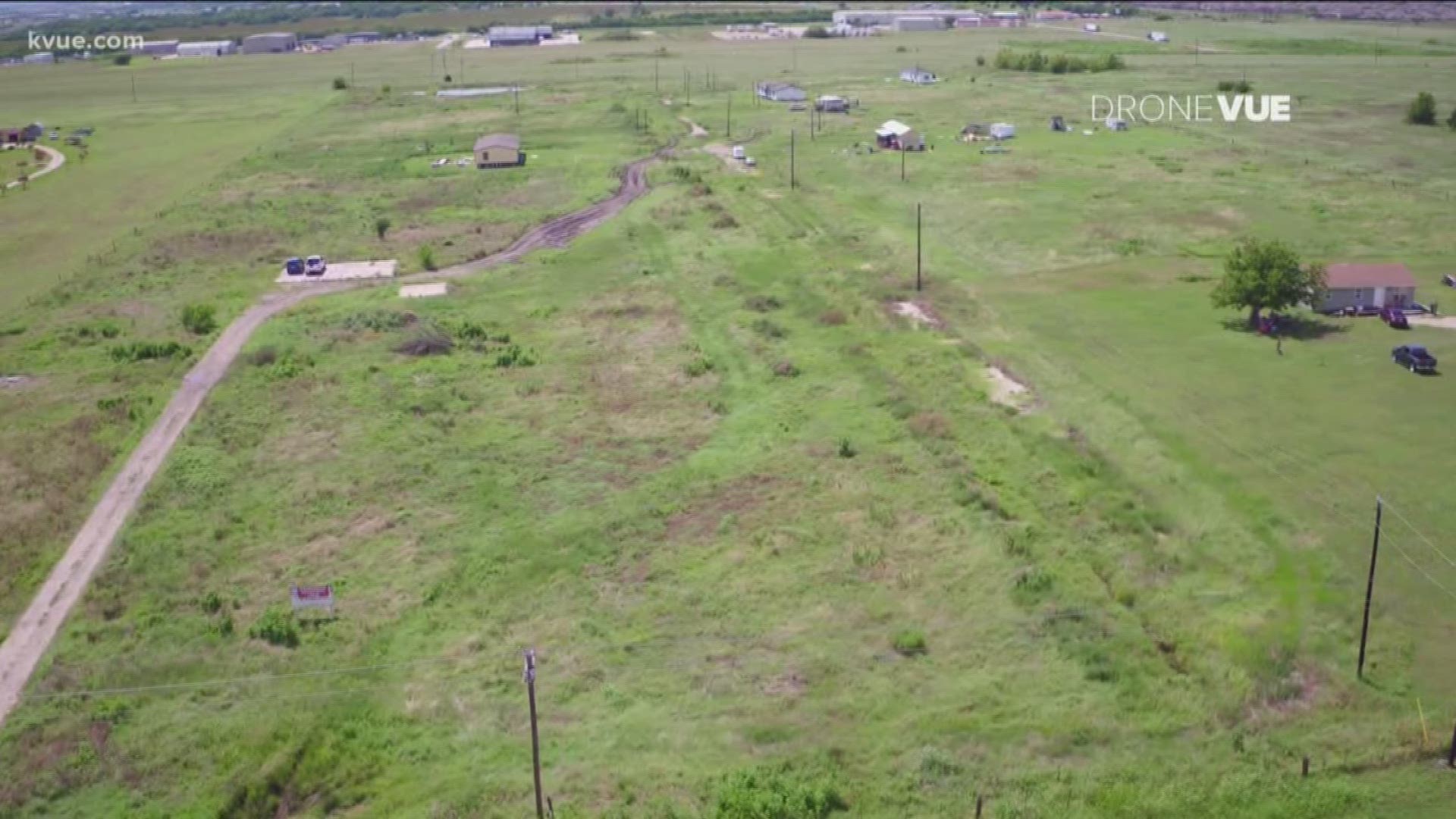 AUSTIN, Texas — If there is power in numbers, then it only takes a few to move mountains.

The Park Springs Neighborhood Association formed three decades ago and became a powerful voice in the community.

Vice President Tom West said the group stopped a landfill from being built.

“We were able to now have a 350-acre solar farm instead of a dump,” West said.

“We’re just neighbors that keep each other in touch with what’s going on,” West said.

Their latest fight is a tough one.

Last summer, KVUE Defenders showed you how Castro and Shield sold plots of land in what the county called “an illegal subdivision" in northwest Travis County, called "Chaparral Woods." The county filed a lawsuit against Shield and Castro.

This spring, the Defenders showed you how the duo sold properties in another lot near McKinney Falls State Park.

The county sued to stop that development as well.

As for the Manor subdivision, KVUE found Castro advertised to a Spanish-speaking buy, sell and trade group on Facebook.

Translated, the post reads, “One acre for sale with access to water and a light pole. Two minutes from Walmart in Manor. Cash or finance. $99,900.”

He lives at the end of the unpaved, unfinished road.

“About seven months, but I like it here a lot,” Aguilar said.

Aguilar said the home brings safety to his wife and 10-year-old daughter.

But we noticed he and his neighbor use Porta Potties.

“With time, I’ll have the drainage,” Aguilar said. “I love it here a lot because it’s very quiet. People go outside in the afternoon and you see the birds, and everything is very pretty,”

People in the Park Springs Neighborhood Association disagree. Inside one of their meetings, safety concerns topped the agenda.

“We have taken a look at it and said, 'We have to do something,'” said Precinct One Commissioner Jeff Travillion.

People at the meeting pointed out there is raw sewage on the ground sometimes.

“Has it taken too long? It’s taken way too long,” Travillion said.

“It’s been two years. Two years to get to this point. That’s what [is] sad,” said Maura Phelan, the president of the association. “There’s got to be some follow-through. There has got to be some consequences.”

The consequence, for now, is another civil lawsuit by Travis County that shows the property was “not legally subdivided” and Castro sold the land as “an attempt to defraud.”

Court records show Castro sold 13 lots over the last two years. Families paid anywhere from $70,000 to $109,900. Most records show buyers financed through the company at a 12% interest rate.

Castro replied to the allegations with a “general denial.” But in yet another lawsuit, Castro and Shield put the blame on someone else.

We tried reaching out to Castro and Shield. Castro said his attorney would contact us. Shield said he’s working to make it right.  When asked when sewer would be installed, he hung up.

“The follow-through is going to be the telling story here. I don’t know if we’re going to make these people whole,” Phelan said.

A judge granted Travis County an injunction against Castro. It prevents subdividing or selling any more land on the Mustang Kimbro property.

As for Aguilar, he is unaware of the problem.  He said he only sees the potential of owning his own land.

“It’s worth the effort because you get to own the property. Right now, I’m planting trees so we can have shade, all pretty,” Aguilar said.

We reached out to the title company, attorney and broker in Castro and Shield’s lawsuit. The attorney’s office said they haven’t been served yet.

We also checked with the Texas Real Estate Commission (TREC), but it wouldn't confirm nor deny any investigation on its end.

Here are the staff reports from the enforcement staff on violations.

If you have a concern about a licensed agent or broker, you can file a complaint with TREC.