School funding is based in large part on enrollment. 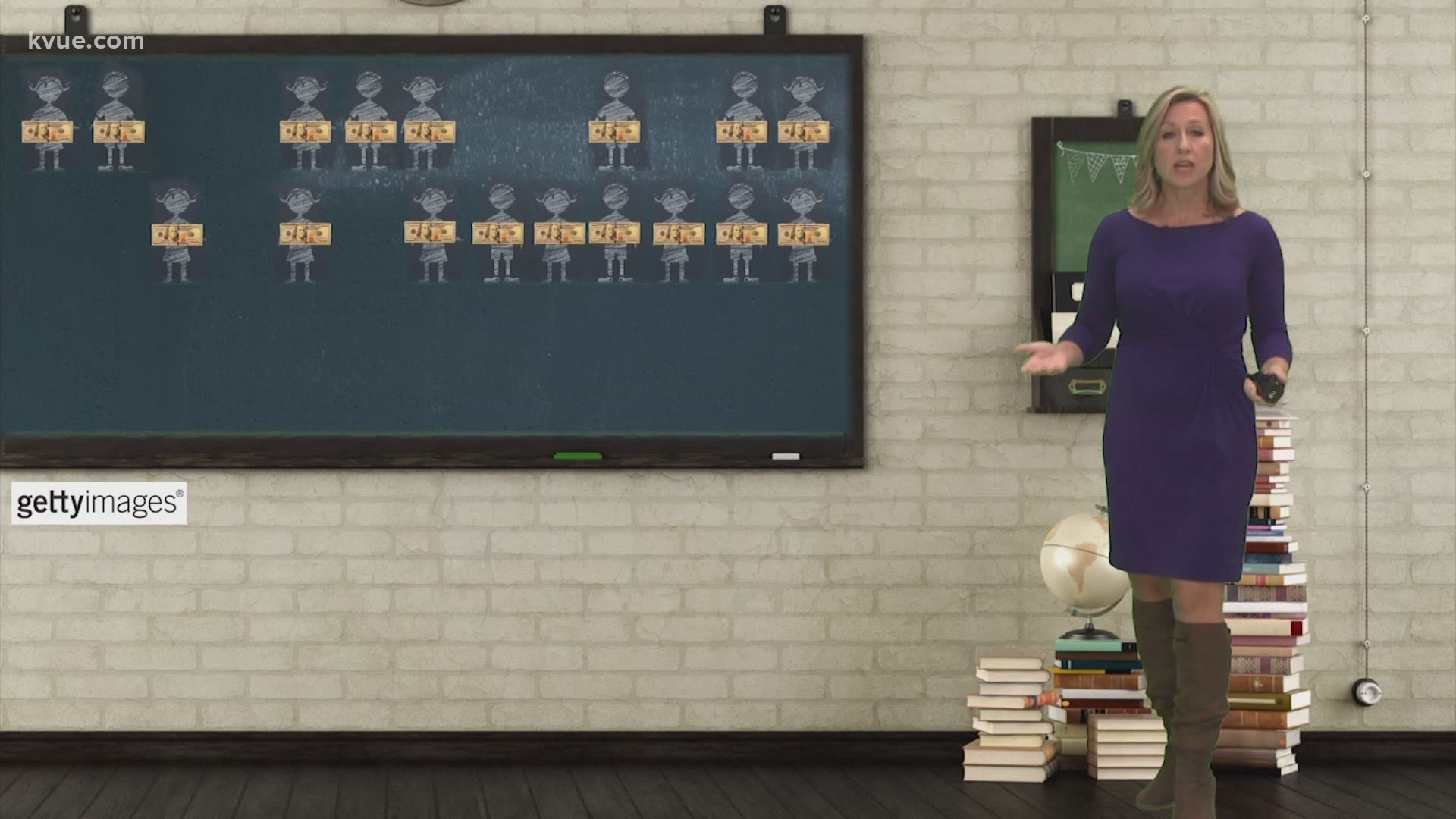 TEXAS, USA — Across the country, public schools are seeing a decline in enrollment amid the coronavirus pandemic. The KVUE Defenders found even in Central Texas, where the population continues to grow, schools across the area report drops in the number of students attending school.

Why does this matter? School funding is based in large part on enrollment.

So here’s what it could mean for the future.

How schooling during the pandemic looks for this Round Rock family

Class time looks a lot different this year for so many families. At the Barbee house, the playroom is now a classroom. Home is school. The decision to home school wasn't easy.

“We just felt it was the right thing to do, schedule-wise. I couldn't imagine having to keep up with the schedule of virtual. I felt like doing things in our timing was better when you've got multiple kids,” said mom Stacy Barbee.

At first, it was even harder on the kids, who were attending school in Round Rock ISD.

“I was the one who was bummed the most. I was, like, devastated. I was so upset,” said 12-year-old Jeremiah Barbee.

Credit: Terri Gruca, KVUE
This Round Rock family has opted into homeschooling during the pandemic. School districts across Central Texas are seeing a dip in enrollment.

Noel and Stacy Barbee are products of public school themselves, but with 5, 9, 10 and 12-year-olds, homeschooling was their best option.

“You know, day by day, we're going to make the best decision for our family,” said Noel Barbee.

The Barbees aren't alone. Round Rock ISD has 2,552 fewer students than last year, 3,200 fewer than they expected this school year.

“That's a very real concern,” said Jenny LaCoste-Caputo, a representative of the district. "In Round Rock ISD, the students we've lost, that translates to a $13 million budget deficit.”

Across the country and in Central Texas, public schools report declining enrollment.

1 / 6
Terri Gruca, KVUE
This Round Rock family has opted into homeschooling during the pandemic. School districts across Central Texas are seeing a dip in enrollment.

Breaking down the enrollment numbers by school district in Central Texas

In Central Texas' five-county metro area, the largest school district, Austin ISD, has seen the greatest decline. In fact, for years, Austin ISD has been losing students as families move out of the city.

But this school year, AISD said it recorded its biggest drop in enrollment ever: The district is down 5,661 students.

Then there are areas with growing suburban populations such as Leander, where enrollment is also down by 1,113 students this year at Leander ISD.

Pflugerville ISD, which is down by 110 students, and Hays CISD, which reported 246 fewer students, report the smallest declines in Central Texas.

States generally fund public schools on a per-student basis. And, typically in October, school districts must submit an official enrollment count to determine their funding for the subsequent year.

The Texas Education Agency agreed to extend funding to public schools through the end of 2020, which keeps school funding at last year's levels. The big concern now is what happens after December. Like most area school districts, 80% of Round Rock ISD's budget goes to personnel and even though the district operates with a surplus, no one knows when all the students will return.

So there is a real possibility of cuts.

“Superintendents are asking the Texas Education Agency in the state to please extend that hold harmless funding because we're going to have issues as students are going to return. If we have to make staffing changes and then they return, it's just a disruption. And we also know that when students return, you're going to have a COVID learning slide to deal with and that means intervention and means more resources,” Caputo said.

Some said it’s the price we are all paying during this pandemic. As for whether the Barbees' decision hurts Round Rock ISD where their children attended?

“I mean, this is a question that we haven't really considered because we're concerned that we're doing what's best for our family,” said Noel Barbee.

The learning curve is great – even for families like the Barbees that have had the luxury of working and schooling from home. But they also know they are not alone.

It's hard to ignore the newfound freedom and flexibility schooling from home has brought many families like theirs. Twelve-year-old Jeremiah, who dreaded the decision to homeschool at first, has found his niche. On top of his schoolwork, he's now creating weekly news broadcasts from home.

And the homeschool environment has brought out so much the Barbee family didn't expect.

“I've got my 12-year-old helping the (younger siblings)," he said. "And so for me, that's been really cool is for all of them to help each other. And so that's been surprising for me, is it's not just about me being the teacher."

So where are all of the students from the other districts going? It's anyone's guess. Many school districts are reaching out to families, but Texas doesn't require families to report that information to the district in which they live.