Data shows 169 refugees have been placed in Austin since January 2019. The City of Austin reported about 12,000 refugees live in Austin. 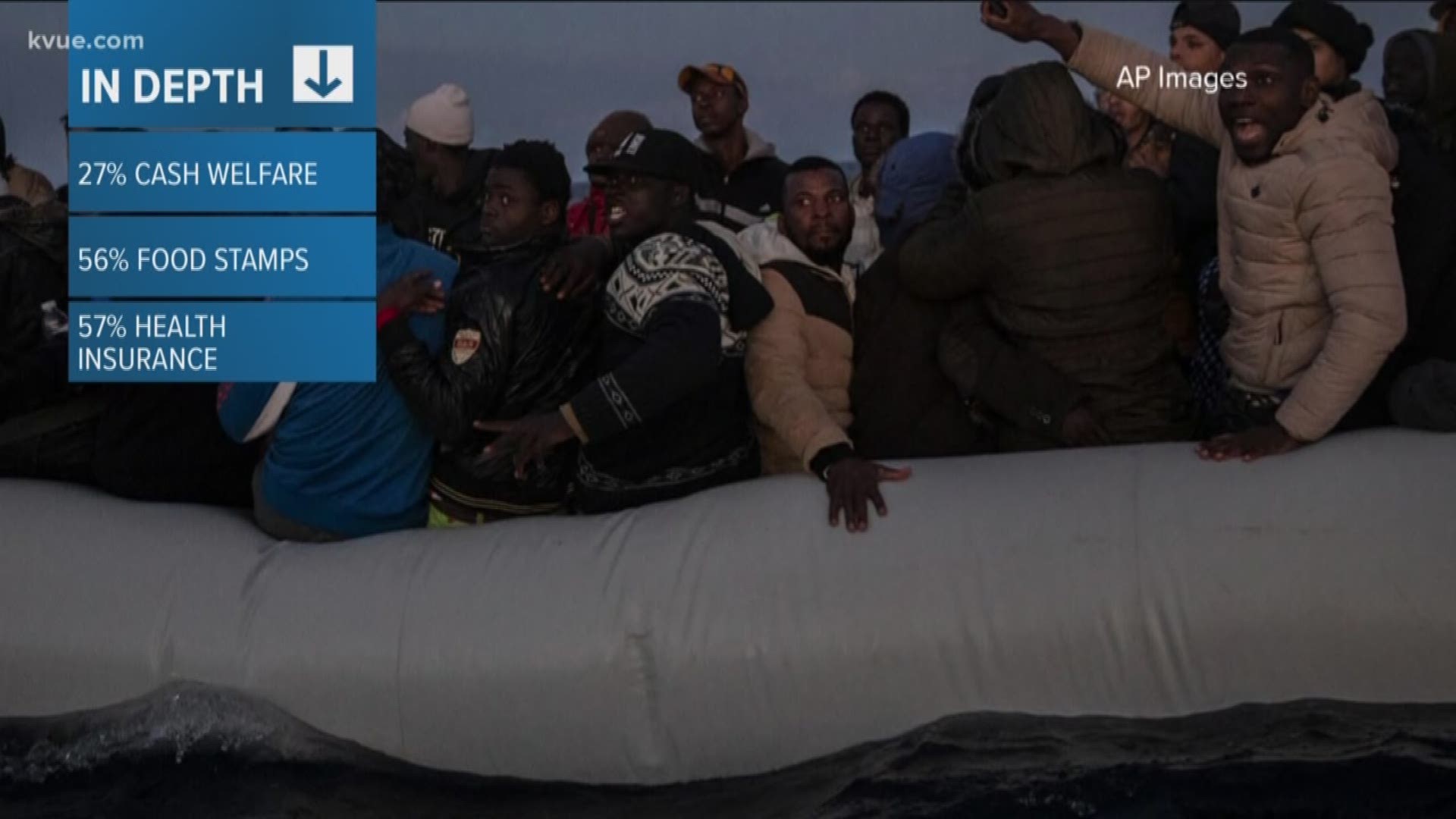 AUSTIN, Texas — The KVUE Defenders took a look at how refugees impact Texas and the U.S., examining demographics, the cost of refugee resettlement and the benefits resettlement can provide.

The top countries of origin for refugees who settled in the U.S. last year were the Democratic Republic of the Congo, Myanmar and Ukraine, The Refugee Processing Center records show.

Many of those refugees, nearly 80%, are Christians, including Baptists, Methodists and Pentecostals.

The resettlement process and its cost

The United Nations identifies vulnerable cases to be considered for resettlement. Those cases include at least medical need, children at risk, women or girls at risk and survivors of violence or torture. Countries then decide which refugees to admit for resettlement.

When a refugee is resettled into the U.S., the Department of Health and Human Services works with the U.S. Department of State to issue assistance.

The Office of Refugee Resettlement (ORR) compiles information regarding public benefit use by refugees based on respondent households. Then, ORR sends an annual report to Congress.

The last report was in 2016. At that time, 27% of refugees who responded got cash welfare of some kind, usually social security income, and 56% got food stamps.

However, a leaked report cited by the Center for Public Integrity shows a lower amount of assistance.

The benefits of resettlement

The money given to refugees initially is returned in other ways, according to the New American Economy, which was founded by presidential candidate Michael Bloomberg.

“While refugees receive initial assistance upon arriving in the United States, they see particularly sharp income increases in subsequent years. While refugees here five years or less have a median household income of roughly $22,000, that figure more than triples in the following decades, growing far faster than other foreign-born groups. By the time a refugee has been in the country at least 25 years, their median household income reaches $67,000 – a full $14,000 more than the median income of U.S. households overall,” the group reported on its website.

The Center for Public Integrity shows that over a 10-year period, refugees and their non-refugee family members ended up contributing more to the government than taking. Collectively, refugees contribute $63 billion.

Data shows 169 refugees have been placed in Austin since January 2019. The City of Austin reported about 12,000 refugees live in Austin.

You can find more information at the following links: