The final report on a home explosion that killed a woman and seriously injured her boyfriend points to excavation work done three years earlier across the street. 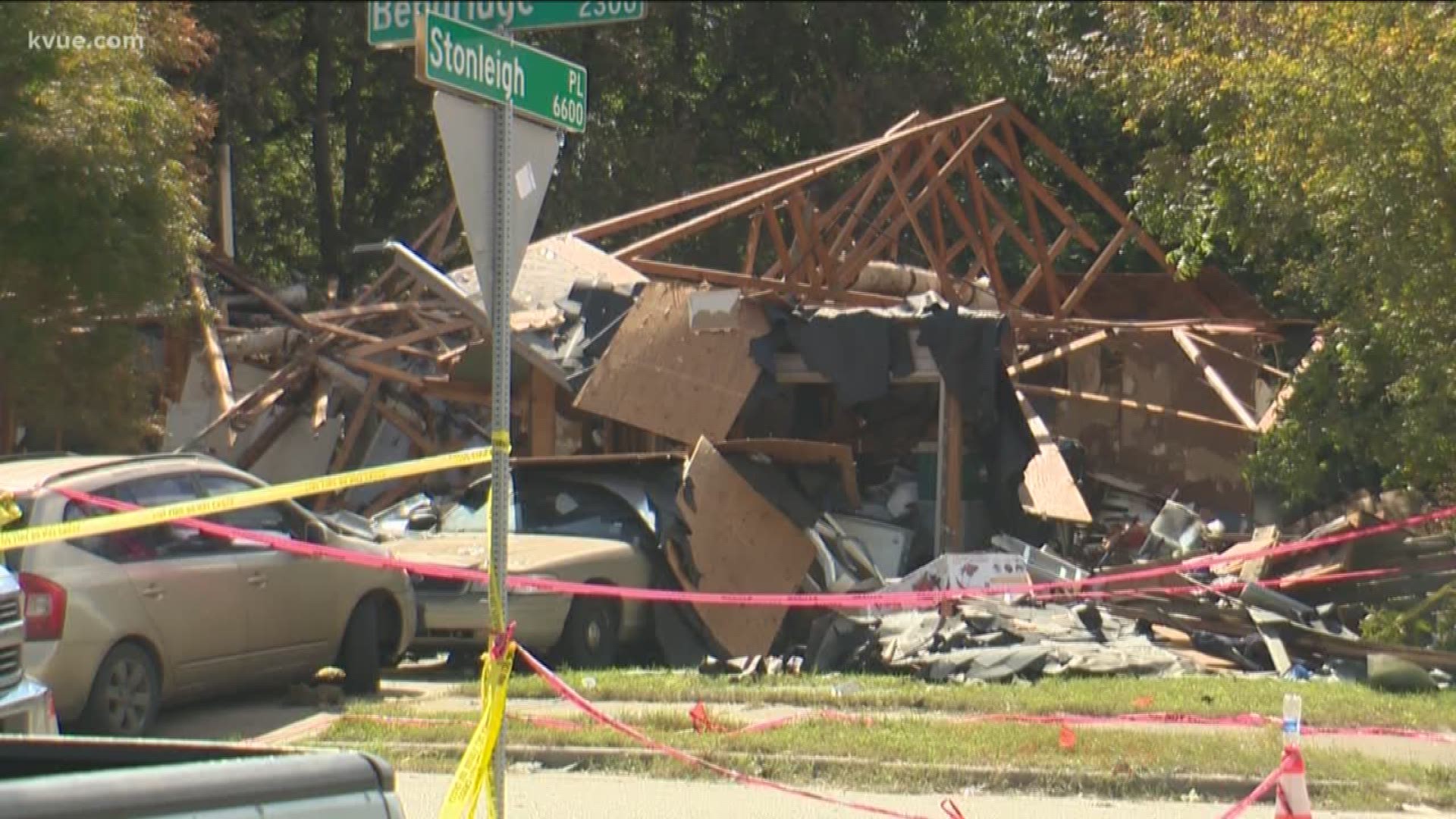 It confirms the pipe leading to Burton and Passman's home was more than 40 years old.

It also shows that investigators believe excavation work done years earlier damaged the pipe and ultimately led to the explosion. However, where and when that happened has some doubting if it's the actual cause of the explosion.

The investigation centers on a 1.5-inch bend in a 1972 gas pipe located across the street from where Burton and Passman lived.

According to the Railroad Commission report, excavation work done in 2015 caused this pipe to bend and, three years later, caused the house to explode.

“We've inspected the lines and have been at every inspection of the lines and I have seen no evidence of a third-party impact,” said Mike Davis, the attorney representing Passman.

They said the problem is much bigger.

“Infrastructure under the city of Austin is old, it's corroding, it's decaying and its leaking,” said Josh Fogelman, the attorney for Burton’s estate.

“I can't work like I used to,” said Passman.

Passman lost everything, including his girlfriend, when their South Austin home exploded last fall. He is only now getting back to work, still suffering from burns on more than 20% of his body.

1 / 12
Courtesy of David Passman
David Passman is still recovering after his home exploded in 2018. His longtime girlfriend, Nicole Burton, did not survive.

“We want to know why Texas Gas continues to point the finger at other people and refuses to accept responsibility for causing and contributing to these tragic events,” said Fogelman.

Texas Gas said, "this incident was not due to age or lack of care of our system." That "safety is its highest priority" and that it "routinely monitors and maintains its system using processes that meet or exceed federal, state and local requirements."

Attorneys argue excavation work across the street didn't cause an explosion three years later. They said the proof is in the pictures, particularly one which shows a crack at the gas main.

“They need to be responsible and admit what they've done,” said Passman.

The Railroad Commission fined Texas Gas Service $5,000 for failing to contact them within two hours of the explosion, as required.

According to the report, the third party excavation company is MasTec, which Google hired to put in Google Fiber lines.

Google sent us this statement:

“There is no credible basis to connect MasTec's fiber installation work done in the fall of 2015 to the explosion three years later in October, 2018. MasTec's installation was done at a lower depth and more than 50 feet away from the failed connection. Our sympathies are with those who lost a loved one in the accident."

"Texas Gas Service does not comment about allegations or pending legal issues.

1 / 10
Courtesy of David Passman
David Passman is still recovering after his home exploded in 2018. His longtime girlfriend, Nicole Burton, did not survive.

We take our responsibility for delivering natural gas to all our customers in a safe and reliable manner very seriously. We routinely monitor and maintain our natural gas distribution system using processes that meet or exceed requirements as defined at federal, state and local levels. Safety is our highest priority at Texas Gas Service.

We would like to remind everyone that if you do smell natural gas, leave the area immediately then call 911 and the Texas Gas Service Emergency Line at 1-800-959-5325. (This line is monitored 24/7). Do not use any electrical equipment such as phones, garage doors, light switches until you are a safe distance away from the odor."