Defenders: The eight-year effort to bring vegetation back to Lake Austin

A solution to get rid of an invasive weed turned into an environmental experiment. Years later, the City is still trying to bring back life to Lake Austin. 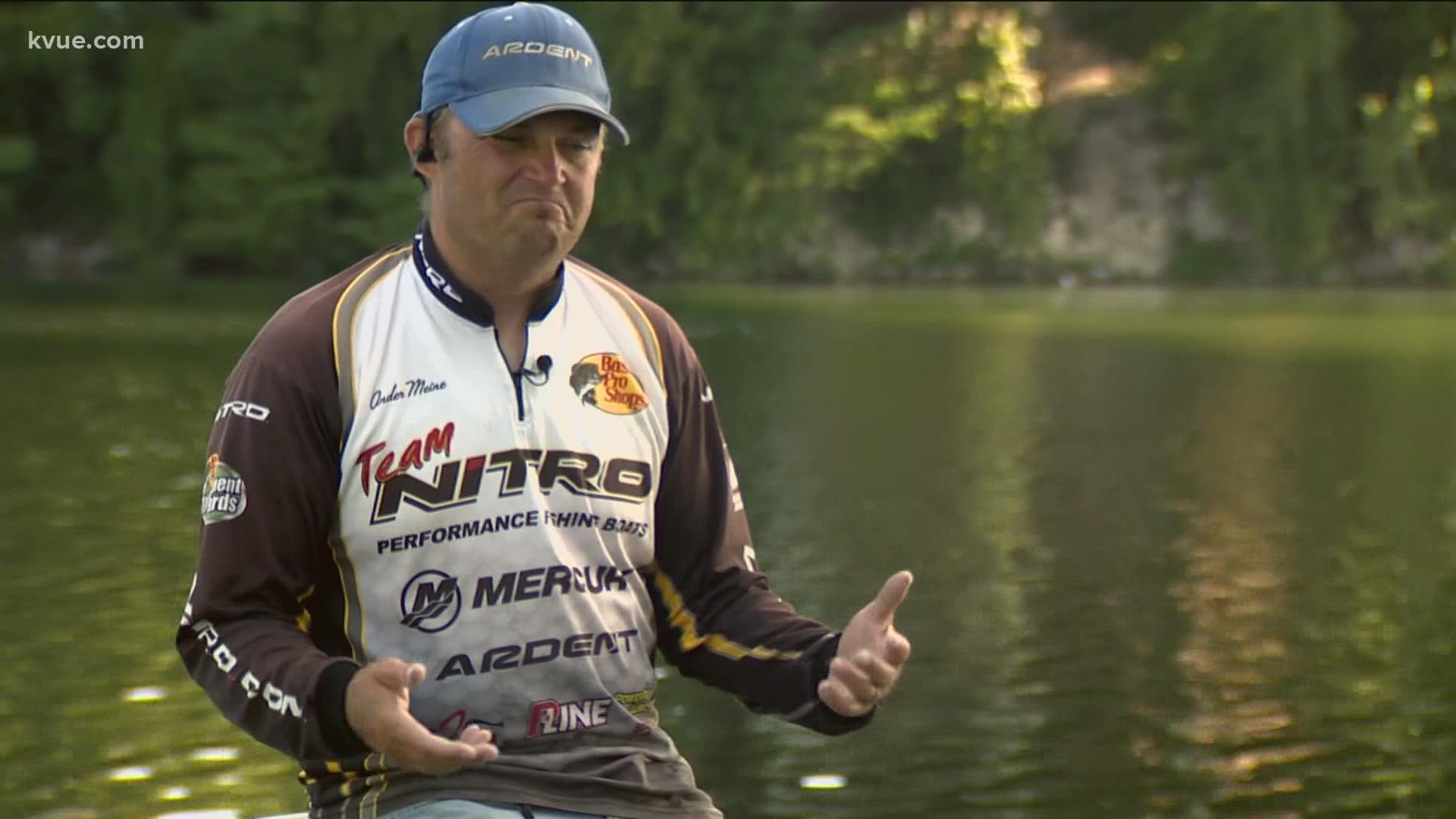 AUSTIN, Texas — The Colorado River winds its way through Austin. It’s not just picturesque, it's purposeful, supplying our drinking water and providing recreation and an abundant habitat for wildlife.

In 2014, Lake Austin was ranked the eighth best fishing lake in the U.S. by Bassmaster. Years later, most anglers no longer fish there because of a city plan to control hydrilla that created a bigger environmental mishap.

This is an issue KVUE first started reporting on eight years ago, when the City of Austin decided to dump thousands of Asian carp into Lake Austin to help stop an invasive weed from taking over the lake.

Hydrilla was a growing problem and the City thought the carp would get rid of it, and it did, almost too well. The carp ate all the vegetation in the lake and now, years later, following efforts to bring ground cover back to the lake, we're learning not much has changed.

When water is your life it feeds more than your soul.

“I take people out fishing on various lakes in the Austin area – pretty much anywhere within an hour of Austin is game for me,” said Ander Meine.

As a full-time bass fishing guide, Meine spends his days on the water, and for years Lake Austin was a prime destination.

“It was one of the best lakes in the entire nation,” said Meine.

Bassmaster named it the eighth best lake for bass fishing in 2014 – award-worthy fish from a clear-water lake until an invasive plant called hydrilla threatened to take over.

"The biggest bass I ever caught out here was 12-and-a-half pounds. I've caught four of them in here, over 10 pounds, but the 12-and-a-half-pounder came that very last year that it was still really good out here, back in 2013," said Meini.

The City of Austin, with permission from the State, dumped 56,700 sterile grass carp into the lake to eat the hydrilla. They ended up eating everything.

The fish went with it. With no place to hide and little to eat, the bass population dwindled.

“Nature knows better than we do,” said Meine.

For the past few years, Brent Bellinger, Ph.D., with the City of Austin Watershed Protection Department, has been working to bring plant life back, securing vegetation along the shores of Lake Austin.

“We're still not really seeing much vegetation outside of our cages that we've installed, these herbivore-exclusion pens, but we've been expanding the size of those,” said Bellinger.

“I have not seen any vegetation yet,” said Meine.

“We've been kind of tagging along. We've also been doing vegetation surveys, you know, but so far, we're not finding any submerged aquatic vegetation,” said Mukhtar Farooqi, with Texas Parks and Wildlife.

Texas Parks and Wildlife encouraged people to fish out the carp, and with help removed about 2,685 pounds of them. But it's been a slow and costly process.

“Everybody hopes it'll rebound as fast as it went away, but usually recovery is longer, slower and more expensive than tipping it over to that side,” said Bellinger.

This winter the lake showed the first sign of hope. An angler caught a record 13 pound bass out on Lake Austin in January. Texas Parks and Wildlife used that fish to create fingerlings. Crews stocked Lake Austin with 3,913 of them this summer, but it’s slow going.

He's caught a few ten pound bass but nothing as big as what he caught in 2013.

Lake life is a lot like real life, balance is key.

“When you take such a vital element out of an ecosystem so suddenly and so quickly, it's just going to throw that whole ecosystem out of balance,” said Meine.

“Our aim is to take it back there. We created it once. We can do it again,” said Farooqi.

It's a waiting game to see if the lake will ever be back to its original glory.

There are no restrictions on how many carp you can fish out of Lake Austin. The City and Texas Parks and Wildlife are asking for people to help fish them out. The State puts together reports on the efforts.