Coach Fred Akers is a familiar face to many loyal UT fans. Now his family is pushing for family visits for patients like him as they suffer from isolation. 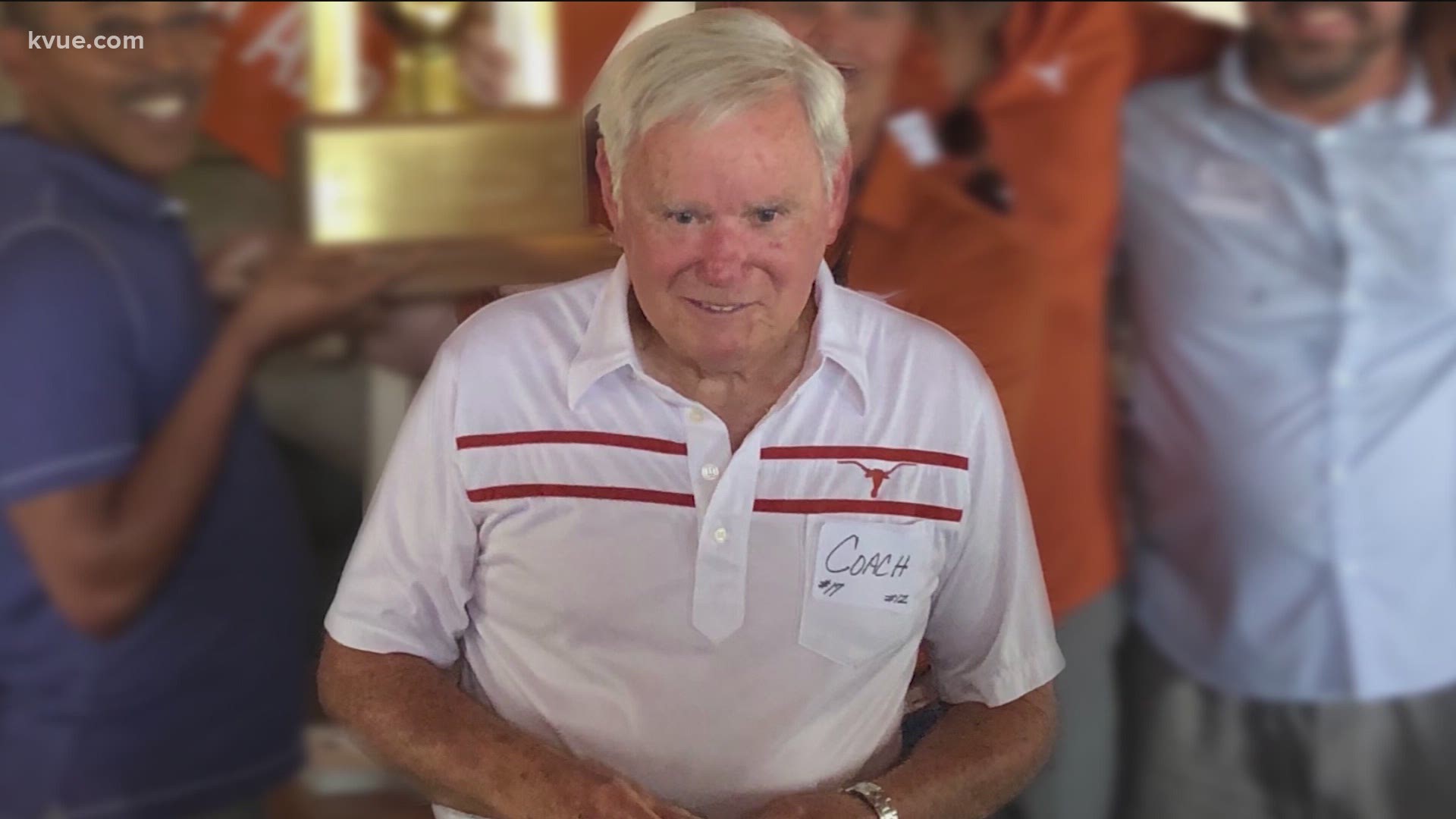 HORSESHOE BAY, Texas — Dementia robs you of time, perspective and understanding. It is especially heartbreaking for those who have a way with words.

“When things don't go right, you need to be at your best,” said Fred Akers during his last public appearance, a speech at the Texas Sports Hall of Fame induction ceremony in 2016.

Those words mean so much more now because of what he and his family are going through.

“It's just hard when it's not like it should be,” said Diane Akers.

In February, nine years after a dementia diagnosis, Diane Akers made a heartbreaking decision.

“It was a hard decision to put him in a memory care facility, but he was becoming distant and just not getting involved with anything,” she said.

He thrived there, interacting with others – and she visited every day. Then COVID-19 changed everything.

The facility where he was staying went on lockdown, cut out activities and kept residents safely inside their rooms. Diane Akers' daily visits were limited to window visits through glass.

“He didn't understand why his hand had to be on a piece of glass, why he couldn't feel anyone. Then he got disinterested because he couldn't feel the human touch, the hug, any of it. So it made him not talk at all,” she said.

“It's like solitary confinement,” said Leslie Akers. “It was killing him.”

Families across the country are sharing similar stories. As much as they want to protect their loved ones from COVID-19, they say the price is too high. Time away is taking its toll.

RELATED: Defenders: Is it enough? Visitation policy changes may provide some relief to seniors in isolation

“Quarantine for five weeks, and that became too much to watch. He wouldn't eat, he didn't want to eat,” said Diane Akers.

He lost 25 pounds. They decided to bring him back home.

“Until you see it firsthand ... you know it’s bad, you know it's tear-jerking, but until you are one of them, without your loved one, you don't know the feeling,” said Diane Akers.

The Akers are very private people but wanted to share their story to help other families going through the same worries.

“I hope by sharing this it brings exposure to something that otherwise wouldn't have been exposed,” said Leslie Akers.

A glimmer of hope in a long battle.

“It is hard,” said Diane Akers. “But you are not going to quit on him.”

A group of families have created a petition to open nursing facilities to loved ones. They have collected nearly 16,000 signatures as of Aug. 25.

Laura is officially a hurricane as Tropical Storm Marco weakens