Jail staff are still waiting for test results from 35 inmates and 39 officers, according to a captain with the Hays County Sheriff’s Office. 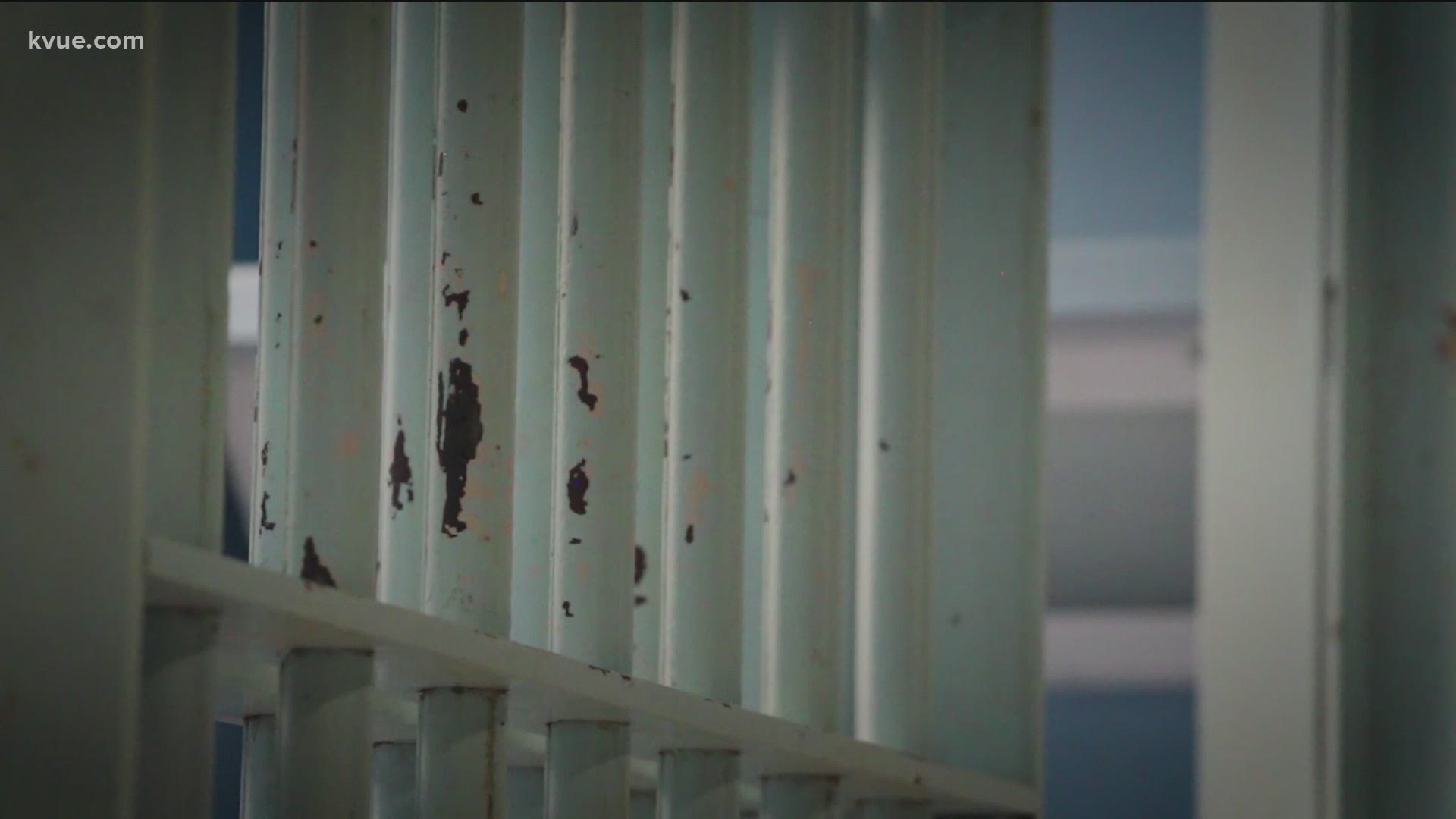 During a Hays County Commissioner’s Court Meeting on Tuesday, Hays County Sheriff’s Office Captain Julie Villalpando delivered an update on the spread of COVID-19 inside the county jail.

“What we are seeing in our community is beginning to creep into our jail,” Capt. Villalpando said.

"We were waiting and wondering when the day was going to come when we were going to get some corona in the jail," Hays County Sheriff Gary Cutler said. "And that day finally got here a little over a week ago."

A spokesperson said Monday the initial numbers from Capt. Villalpando were incorrect, and the new numbers provided Wednesday are accurate.

KVUE is waiting for clarification on the number of pending tests and positive employee tests.

“We’re taking every measure we can to keep this from entering our jail, but unfortunately it’s among us,” Capt. Villalpando said.

Jail staff tested four inmates last week after noticing they had slightly elevated temperatures. Those inmates tested positive for COVID-19, so jail staff tried to test the entire living area, which is about 58 inmates.

Originally, 33 inmates refused testing, according to a spokesperson for the Hays County Sheriff's Office. Capt. Villalpando said many have now requested testing.

Capt. Villalpando also said it’s difficult for jail staff to achieve 6 feet of distance between all inmates because of overcrowding in the facility.

"I believe an overcrowded jail is a recipe for exactly what we now have," Hays County Emergency Management Director Ruben Becerra said.

"You have that discretion," Becerra said. "Please use it wisely. We literally need you to step up and not fill our jails even further."

Mano Amiga is a group in Central Texas that advocates for people in the criminal justice system. Eric Martinez is the group's policy director.

"We're incarcerating people and putting them into a Petri dish," Martinez said. "And those individuals aren't receiving adequate care."

The Hays County Jail is working on getting more testing for all inmates and staff.

The Travis County Sheriff’s Office reports 16 inmates are in quarantine and 288 are in isolation.