The Texas Health and Human Services Commission noted 453 new cases of coronavirus during the week of May 17. New cases reached 1,212 the week of July 5. 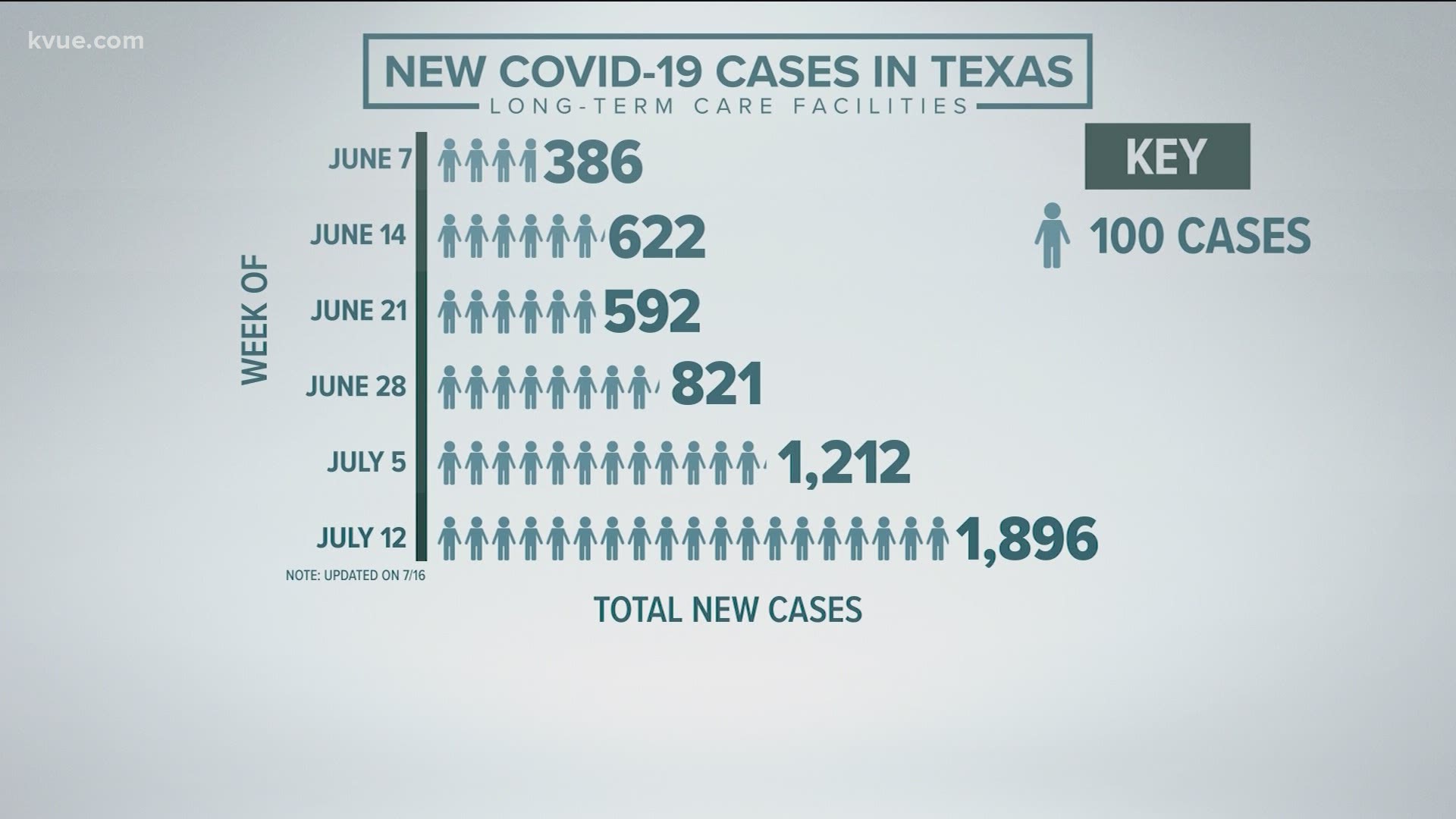 As COVID-19 spreads rapidly across Texas, data from the Texas Health and Human Services Commission (HHSC) shows confirmed cases of the virus are multiplying quickly inside long-term care facilities.

The KVUE Defenders analyzed two months of data from HHSC and found weekly totals of new COVID-19 cases in these facilities have been spiking in recent weeks.

The week of May 17, HHSC recorded 453 new COVID-19 cases inside nursing homes and assisted living facilities.

According to data updated on Wednesday from HHSC, there have already been 1,896 new confirmed cases of the virus inside these facilities this week.

“Those increases for July 13 represent a data lag resulting from a system error, for some areas,” HHSC Press Officer Kelli Weldon said in an email.

But that error does not explain the spike in cases the KVUE Defenders identified for several weeks prior.

In May, Gov. Abbott ordered mandatory COVID-19 testing for all Texas nursing home staff and residents. That testing was completed in June, according to the governor’s office.

On July 10, Gov. Abbott announced a new partnership with Omnicare, a CVS Health company, to provide on-site, same-day testing and results for staff and residents at long-term care facilities in Texas. Testing in those facilities started on July 9.

KVUE has been covering the spread of COVID-19 in Texas nursing homes since the pandemic began.

For weeks, the KVUE Defenders asked HHSC to name facilities with confirmed cases of the virus – something requested by families, advocates and lawmakers.

The AG’s office recently ruled some of those details were public records.

A spokesperson from HHSC said they are working on producing those records.