Twenty out of the 32 towns and cities in our viewing area saw year-to-year sales tax revenue growth in June. 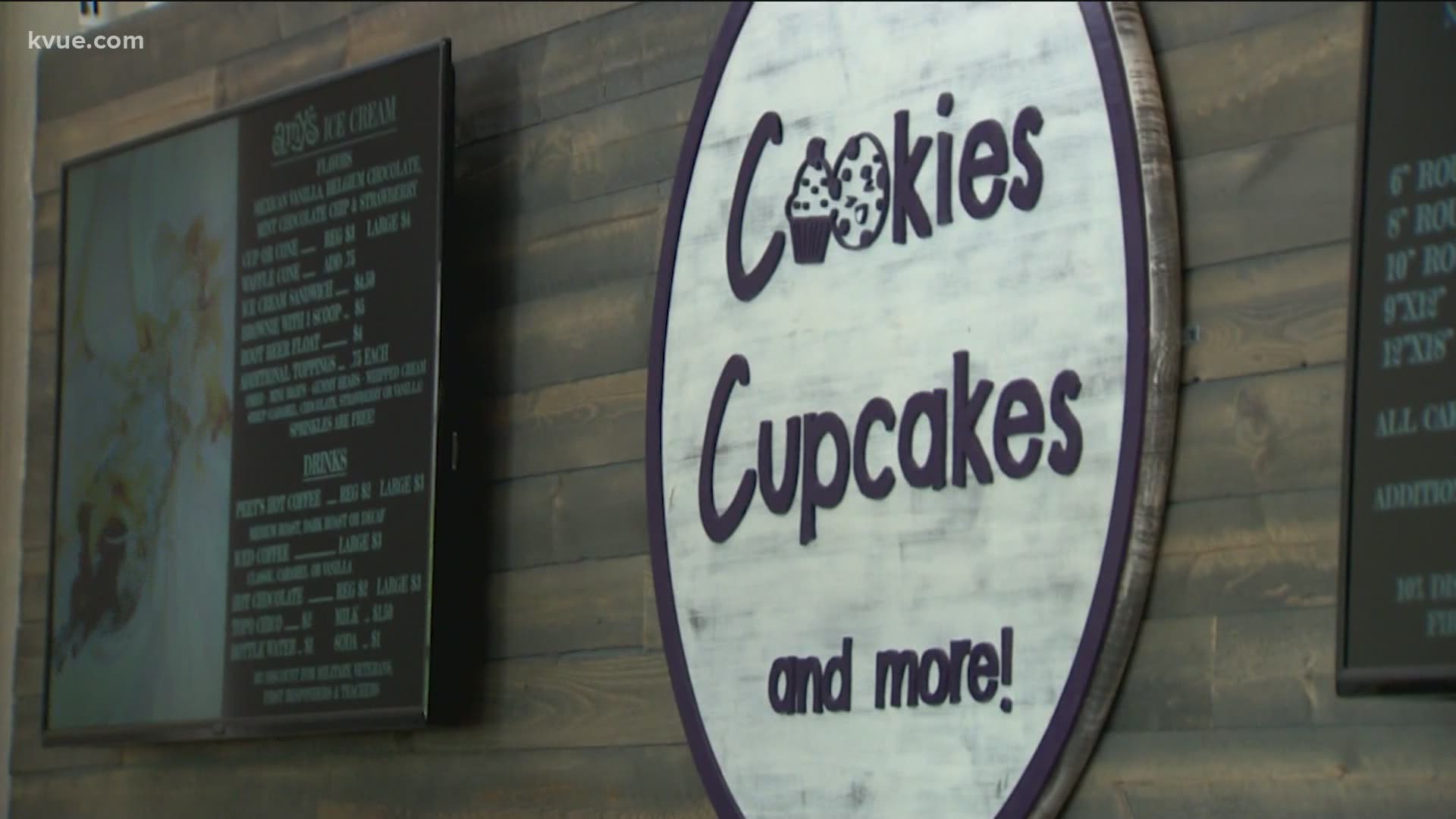 AUSTIN, Texas — Nearly 1,500 Austin-area businesses have temporarily or permanently closed during the COVID-19 pandemic. The state’s most recent sales tax revenue numbers reflect that: In June, revenue was down 6.5% compared to June 2019.

But some parts of Central Texas are bucking that trend. The KVUE Defenders discovered some areas reported big increases.

Suburban living has its sweet rewards even for a business that opened days before a pandemic.

“We opened right before Feb. 13. It was scary,” said Lakeesha Seawood.

She and her husband, Andre, own Cookies, Cupcakes and More in Downtown Hutto. They have not only survived – but thrived.

“Food ties to your emotions. So having sweet, it worked out,” she said. "It's a blessing. I love that the families are still trying to be creative and still trying to do.”

Just down the street, the coffee keeps rolling at East Social House.

"Our one-year anniversary is coming up Aug. 24. It's been crazy, to say the least. But, I mean, the whole world is experiencing that and going through it, so I kind of feel like we're just right there with everybody else,” said Lisa Wood, owner of East Social House.

She said the locals are keeping them alive.

“They are amazing. We, even people that I know here that are struggling as well, still come in and make it a point to spend there. One girl is like, ‘I've got $10 a week and I want to spend it with you guys each week to help out,’” she said.

Not every place is as lucky. Some researchers estimate 110,000 small businesses have been forced to close nationwide. Yelp estimates nearly 1,500 businesses have closed in Austin and Round Rock during the COVID-19 pandemic.

But look across Texas you find the silver linings – from Lockhart to Liberty Hill, Hutto to San Marcos.

The KVUE Defenders looked at the latest numbers from the state and found 20 out of the 32 towns and cities in our viewing area saw year-to-year sales tax revenue growth in June. Many saw double-digit growth. Hutto is up 36% while San Marcos is up 51%.

State Comptroller Glenn Hegar said some of the growth is due to 380 agreements that allow companies to designate certain cities their home base for online sales. The cities get the tax revenue and the companies usually get a break too.

San Marcos has seen a huge benefit after Best Buy agreed to designate its online sales home base there. As people began working from home they needed computers and other equipment.

RELATED: Less beef, more beer: How coronavirus has changed what Austinites are buying these days

The rules on those agreements are set to change in October, so that wealth will likely be spread back out to the communities buying the products. Another side effect is that as more people stay close to home, they are spending more of their money in their hometowns.

“We haven't had any of our restaurants in Hutto closed over it. As far as I know, all the businesses are still open and are operating just with reduced hours or different schedules and different processes,” said Mayor Doug Gaul.

An unforeseen perk of suburban life during a pandemic, with the sweetest reward being the renewed focus on neighbor helping neighbor.

“It's a big family town. I think that's what just pushed us over. We just want to, you know, support each other, support the community and keep Hutto strong,” said Seawood.