Hundreds of women developed a rare lymphoma after getting textured breast implants. Other countries have banned them – now the FDA is holding hearings to determine what should be done in the U.S. 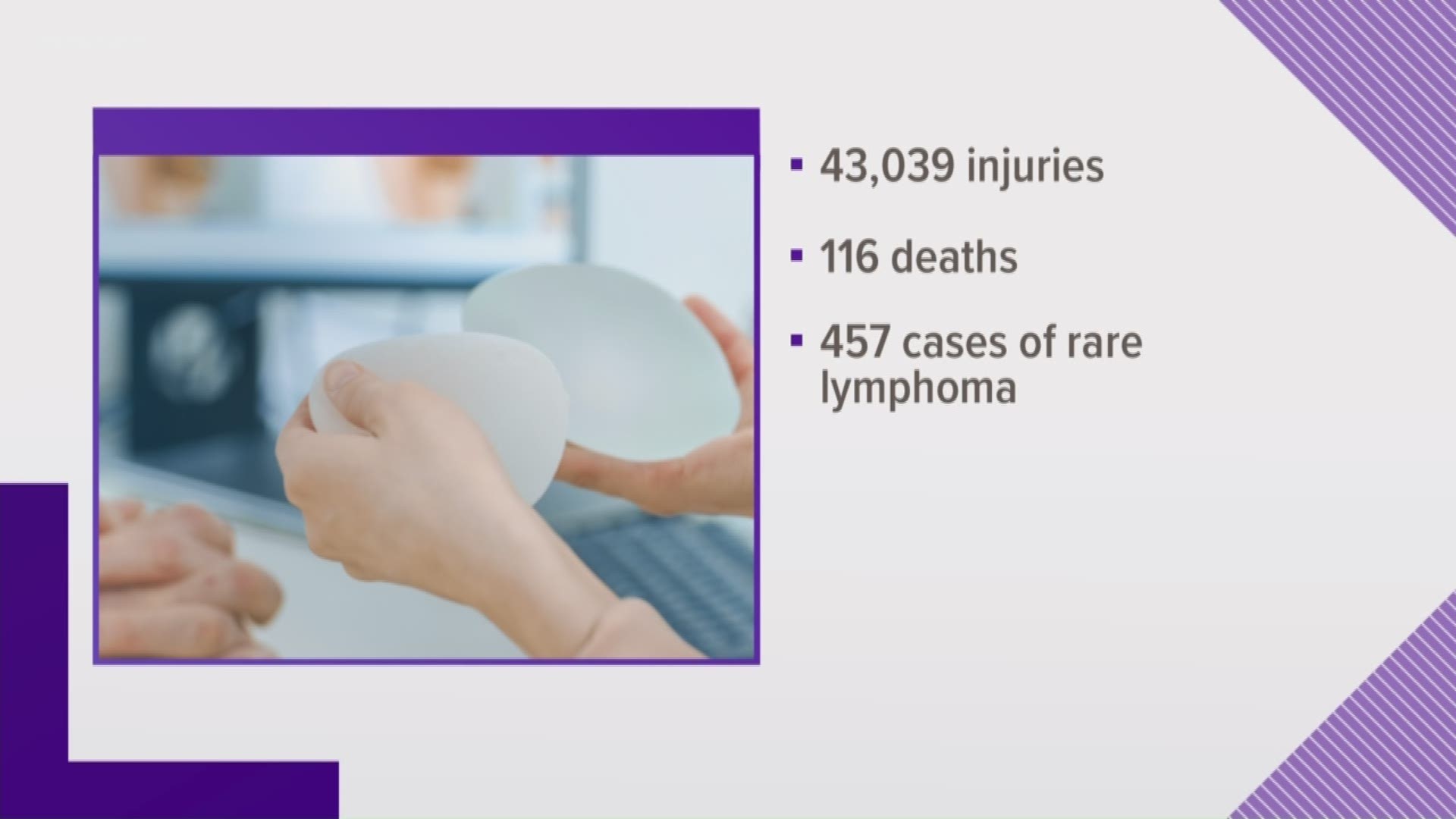 Two days of hearings in Washington D.C. brought women, surgeons and manufacturers together to speak before the FDA.

Through February 2019, 43,039 people reported injuries from breast implants. A total of 116 people died.

These hearings were not called until it was discovered that 457 women with textured breast implants suffered a rare type of lymphoma. Nine of them died.

She is one of thousands of women who had breast augmentation surgery and is one of the dozens now questioning the safety of breast implants.

“We recently learned that women reporting adverse effects directly to the FDA had their data placed into a repository,” she said.

“It's tough enough to go through breast cancer, but to get another cancer caused by implants is unacceptable,” Roxanne Vermiland said.

“The thought of going through chemo a second time is terrifying to me,” she said. “After doing my research and finding out that the FDA and plastic surgeons knew prior to my 2015 surgery that textured implants could cause this lymphoma, I feel sad and angry.”

“How many lives have to be lost before action takes place? Isn't one life enough?” Jennifer Rob asked.

Manufacturers including Ideal own studies show most problems don't appear until six years after women get their implants, and there could be thousands of women unknowingly suffering from silent ruptures so follow-ups are important.

At the hearing, patients made it clear they want the FDA to do more.

"FDA, you've failed surgeons and patients, and this is your opportunity to make it right,” Roland said. “Do your job.”

The 19 panelists that were part of the hearings included plastic surgeons and cancer experts. They said it is too soon to remove products from the market.

It is expected the FDA will recommend more study.

Europe and France have already banned the sale of certain textured implants.