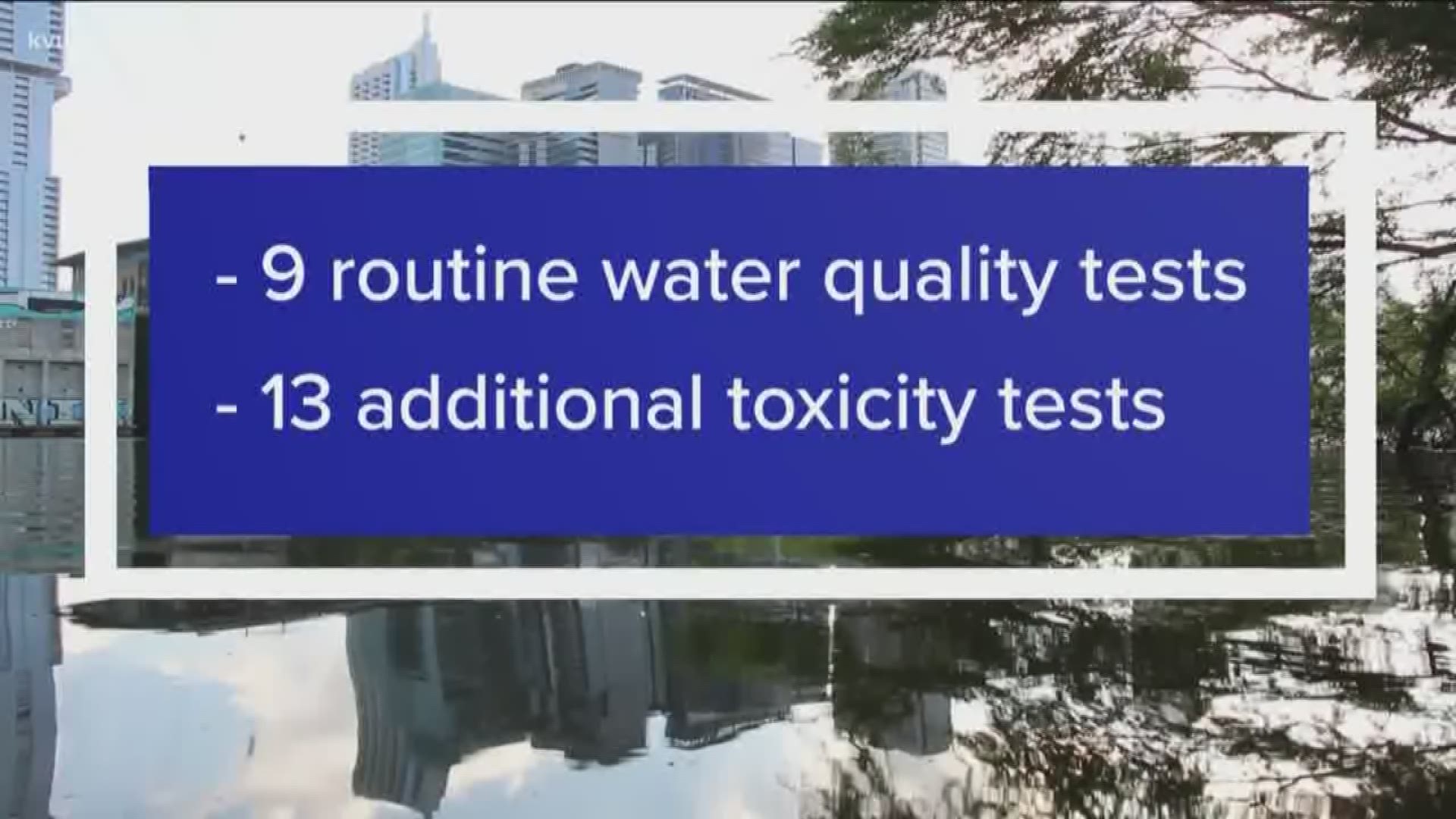 AUSTIN, Texas — You might remember the reports from August: dogs dying after swimming in Lady Bird Lake and scientists later testing and finding toxic blue-green algae in that water.

“Kind of threw him on my back, we just went into the car and took him straight into the emergency clinic and I think by that time he was already gone,” Austin resident David Morin said.

Morin is one owner who lost his dog after he swam in Lady Bird Lake.

The KVUE Defenders talked to him back in August. That was after we uncovered the State of Texas has no requirements for how often the water in Lady Bird Lake needs to be tested.

“We want to make sure that it’s still a resource that people can interact with and can utilize without having to worry or feel fear for any illness,” said Brent Bellinger, an Austin Watershed Protection Department scientist.

Bellinger said even if they were already testing the water more often, scientists still might not have found the algae earlier to save those dogs.

“Even being out there weekly, there’s no guarantees that we could have caught it,” Bellinger said. “These events occur very quickly. Most of the animals all got sick, I mean, within a couple-day period.”

But after this summer, the City plans to budget for more testing in the future in an effort to find toxic algae earlier if it ever comes back.

“Recognizing that we want to track this type of event into the future, we will increase our routine monitoring budget so that during the critical months, we can take additional samples and screen for the toxins in the algae and in the water,” Bellinger said.

The Watershed Protection Department hasn’t finalized how many tests they will start doing at Lady Bird Lake, but the overall cost for testing is expected to go up in the future.