Police wouldn't tow the car for months because it wasn't considered abandoned. But they missed a serious safety concern. 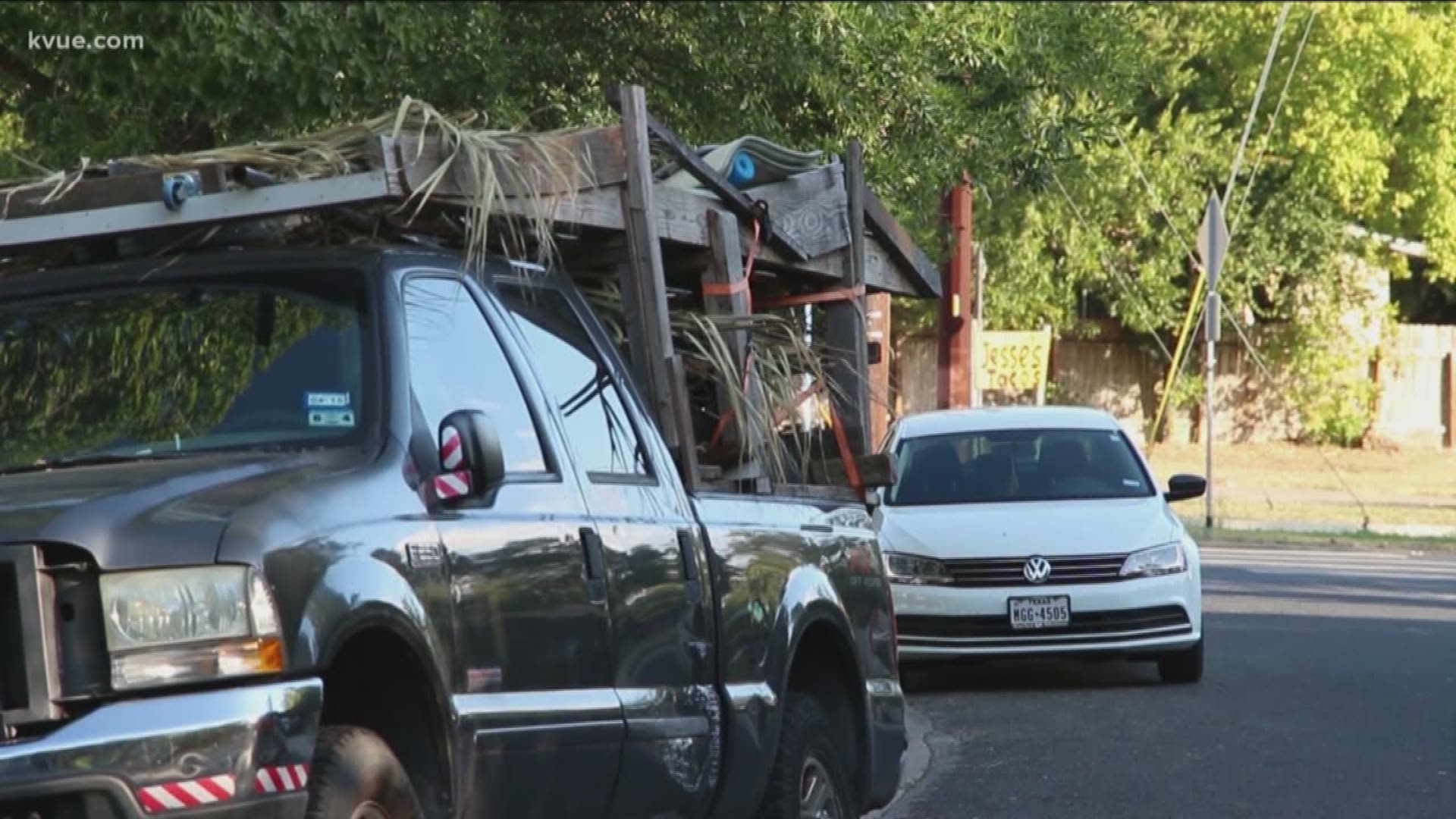 AUSTIN, Texas — A tow truck removing a junked vehicle from Wellington Drive is a sight that has been months in the making.

“Oh, as soon as I turned the corner I noticed that truck was gone and I guarantee you my neighbors will too,” Barbara Romero, a Wellington Drive resident, told KVUE.

Romero and other neighbors said the truck was parked on Wellington Drive earlier this summer.

“And it’s been since June,” Romero said. “Again, we want action and we want this vehicle removed.”

The Defenders tracked down the last registered owner and tried to ask why he wouldn’t move his truck.

We didn’t hear back from him, so we went to the Austin Police Department.

Even though neighbors told the City the truck was abandoned months ago, officers said there was nothing they could do.

“As residents, we don’t own the street in front of our house,” APD Vehicle Abatement Supervisor Sgt. Michael Barger said. “It’s a public place, everybody can use it. It doesn’t seem right, but there’s no law against it.”

Barger is in charge of vehicle abatement calls with APD.

He told us a car is only considered abandoned if officers can see it doesn’t work or if it’s over a certain weight. Otherwise, if it’s parked on the right side of the road, far enough away from a stop sign and not on anyone’s private property, police can’t tow it most of the time.

Barger said even to him, that law doesn't make a lot of sense.

“It seems like … it would upset anyone if they had a vehicle parked outside their house for six months and couldn’t do anything about it," Barger said.

An APD officer decided that was the case with this truck – technically, it was legally parked on the street.

But when the Defenders looked inside the truck, we found guns in plain view, accessible for anyone to steal.

“I’m going to make some calls when we get done here and have another officer go out there and take a look at it,” Barger said. “And if they determine those are weapons in that vehicle then we’ll impound it just to prevent the consequences of theft.”

An officer showed up for another inspection of the truck shortly after and determined it was an unsafe situation.

Within an hour, a tow truck was there to take it away.

With the sound of that tow truck came a big sigh of relief for neighbors like Romero.

“I’ve actually called the police, I’ve called 311, I know neighbors have called, my sister has called. No one got anything done except KVUE Defenders, and I really appreciate them,” Romero said.