A spokesperson for the district said employees are moving between campuses, but they only interact with employees they have already been working with. 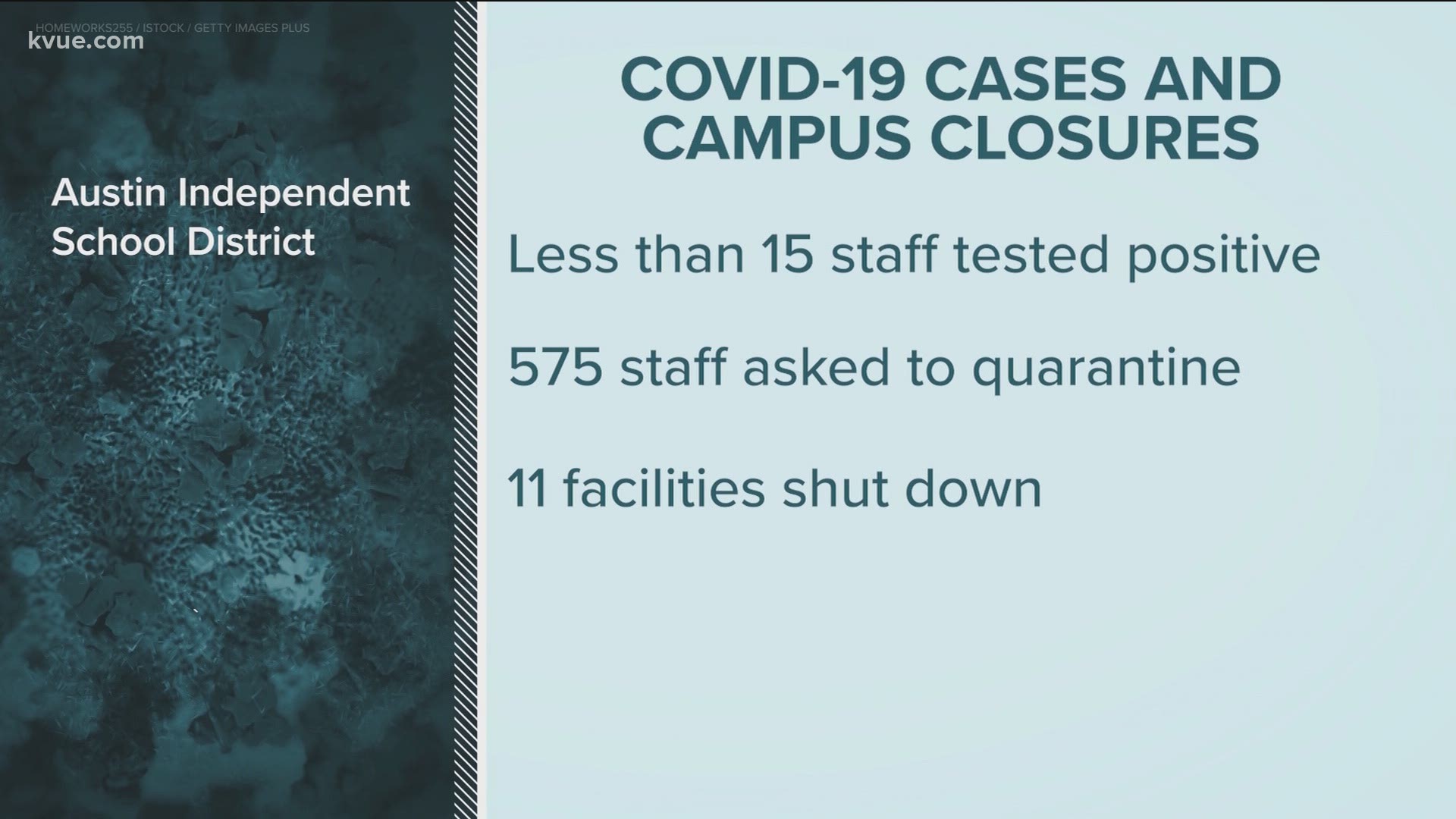 But the district has had to quarantine employees and shut down facilities because some people have had COVID-19 symptoms.

Several AISD custodians told KVUE they're worried the district is moving them between campuses, which is helping the virus spread.

"They do not have our safety or our health as number one," head custodian at Patton Elementary Lupe Espinoza said. "They don’t."

Espinoza is one of four custodians who told the KVUE Defenders janitors have been moved between campuses, coming into contact with new people and possibly spreading the virus.

“What I’ve seen on my team is my very own people from this school being sent to schools that were shut down after quarantine," Espinoza said. "And I also received somebody from a school that was shut down.”

According to data the KVUE Defenders obtained on Thursday from AISD, fewer than 15 employees have tested positive for COVID-19, 575 staff were asked to quarantine and 11 facilities, including schools and bus terminals, have been shut down because an employee had coronavirus symptoms. Employees told KVUE they think the virus is spreading so quickly because they’re jumping between campuses.

“I don’t think we see that as a risk to the potential spread of the virus because we are keeping teams together and we give each individual the proper PPE, and we continue to practice social distancing," director of maintenance and operations for AISD Louis Zachary said.

Zachary said teams are moving between campuses, but they’re not coming into contact with janitors they don’t already work with. But multiple AISD custodians have told KVUE that’s not true, and there are still workers in other departments at those different schools.

“None of the group I came from went with me to the new group, not one person," an AISD custodian said. “So it was just me moving by myself to a whole other group of five people.”

Custodians also complained the district didn’t provide them with PPE as quickly as it should have. But Zachary said there is no shortage of that equipment, and teams should now have everything they need.

"We are doing everything we can to make sure we’re following all the CDC guidelines and providing PPE – masks, gloves, whatever is needed for our employees just to make sure everyone is safe and we create a safe environment for our staff," Zachary said.

RELATED: Teachers, students, parents share thoughts about returning to school in the fall

Even though the district provided that information on Thursday, a spokesperson said we now have to file an open records request to get that update.