Advocates from some of the industries topping the list question the reliability of the data from Austin Public Health. 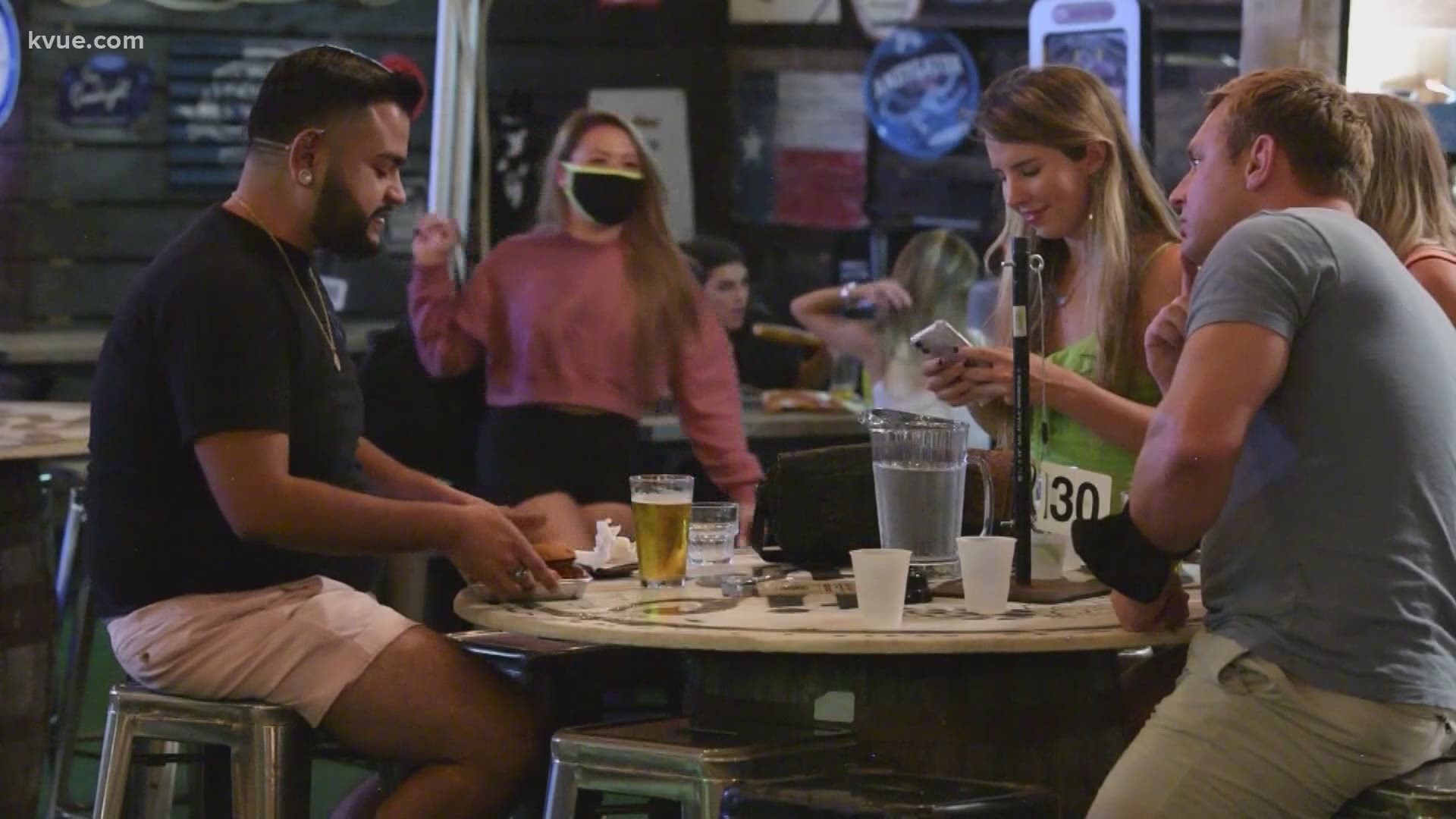 AUSTIN, Texas — Construction, eating and drinking places and hospitals top the list of Austin industries with the most clusters of COVID-19 so far, according to months of city data obtained by the KVUE Defenders.

However, representatives from some of the industries on that list are questioning whether we can really trust Austin Public Health’s data.

Streufert said health experts and customers have unfairly labeled restaurants as unsafe during the pandemic.

“We're eight months into this crisis and I have yet to see any data that really points to restaurants as a significant source of spread,” Streufert said.

The KVUE Defenders looked at data from Austin Public Health, which says otherwise.

Credit: KVUE
Data from Austin Public Health reveals which industries had the most clusters of COVID-19 between May 21 and October 16.

Eating and drinking places, like restaurants, have had the second-most amount of COVID-19 clusters in Austin between May 21 and Oct. 16. But general contractors in the construction industry have reported even more clusters.

“Construction workers are not only exposed to the regular dangers of construction, but then now are at greater risk for becoming sick or infected and exposed to COVID-19 on their worksites,” Timm said.

Researchers from the University of Texas at Austin also recently published a report finding construction workers are four to five times more likely to be hospitalized because of COVID-19 than other workers.

Dr. Spencer Fox is the associate director of the team behind the study.

“We flagged it as a high-risk activity from the start,” Fox said. “And, you know, the fact that that has come to fruition is sad because we also know that with proper precautions, you can mitigate quite a bit of the risk.”

Correctional institutions also make the top 10 list of industries with the most COVID-19 clusters in Austin. APH reports at least 12 clusters, and at least 41 cases.

Mary Gallo is the director of medical services for the Travis County Sheriff’s Office.

“Places where you're going to have groups of people basically living together, are going to pop up as having clusters because that's what we would expect from a virus,” Gallo said.

The Travis County Jail isn’t the only correctional institution in Austin, but like restaurant industry leaders, jail officials also question how reliable the data is from Austin Public Health. They said clusters are loosely defined and business categories are broad.

“It's important to get those numbers and to dig in and find out what's really going on so that we can do the best we can to mitigate any further outbreaks,” Gallo said.

The KVUE Defenders also found several other issues with the data.

Several reports have overlapping weeks, making it difficult to distinguish clusters and cases that are repeated in each dataset. Some reports identify the number of cases and clusters as above a certain number, rather than an exact value. This also causes confusion when calculating week-to-week totals.

“There probably are a lot more clusters than we are able to identify,” Pichette said. “And part of the reason is that people have not been willing to share information with us.”

RELATED: These Austin industries have the most COVID-19 clusters

With many restaurants still empty inside, Pichette said people can still use the data released by APH as a guideline for making smart decisions about how to avoid COVID-19.

Businesses like restaurants or construction sites have seen the most clusters and cases of the virus because there are more in-person interactions in those industries.

But she admits most of the clusters don’t necessarily come from businesses.

“A lot of our clusters that you don't see on the cluster report because they're not occupationally related, may be related to exposures from these gatherings, people hosting parties, participating in Halloween parties or other types of parties, baby showers and weddings and those types of things,” Pichette said.

While Austin watches the COVID-19 case count rise day to day, Pichette hopes the community offers more information to health officials if they test positive for the virus. She said that will improve the reliability of the city’s data.

With restaurants still trying to get back on their feet, more accurate information is something they also hope for.

In the meantime, they hope data showing multiple COVID-19 cases and clusters at those facilities doesn’t deter customers.

“We have to think about the thousands of restaurants across our city,” Streufert said. “They're one of the largest employers, one of the largest industry segments. So to have numbers that low, particularly when I'm not convinced we're even getting the whole picture, that's pretty impressive, I think.”

Again, clusters that pop up from private social gatherings were not included in that data.

City officials, doctors and researchers have all warned those gatherings are one of the worst ways the virus is spreading right now. That’s something health experts are especially worried about as we enter the holiday season.

Coronavirus cases in Texas are soaring again. But this time Gov. Greg Abbott says no lockdown is coming