A man and his wife received billing statements after getting a COVID-19 test from Austin Emergency Center in April, which totaled more than $10,000. 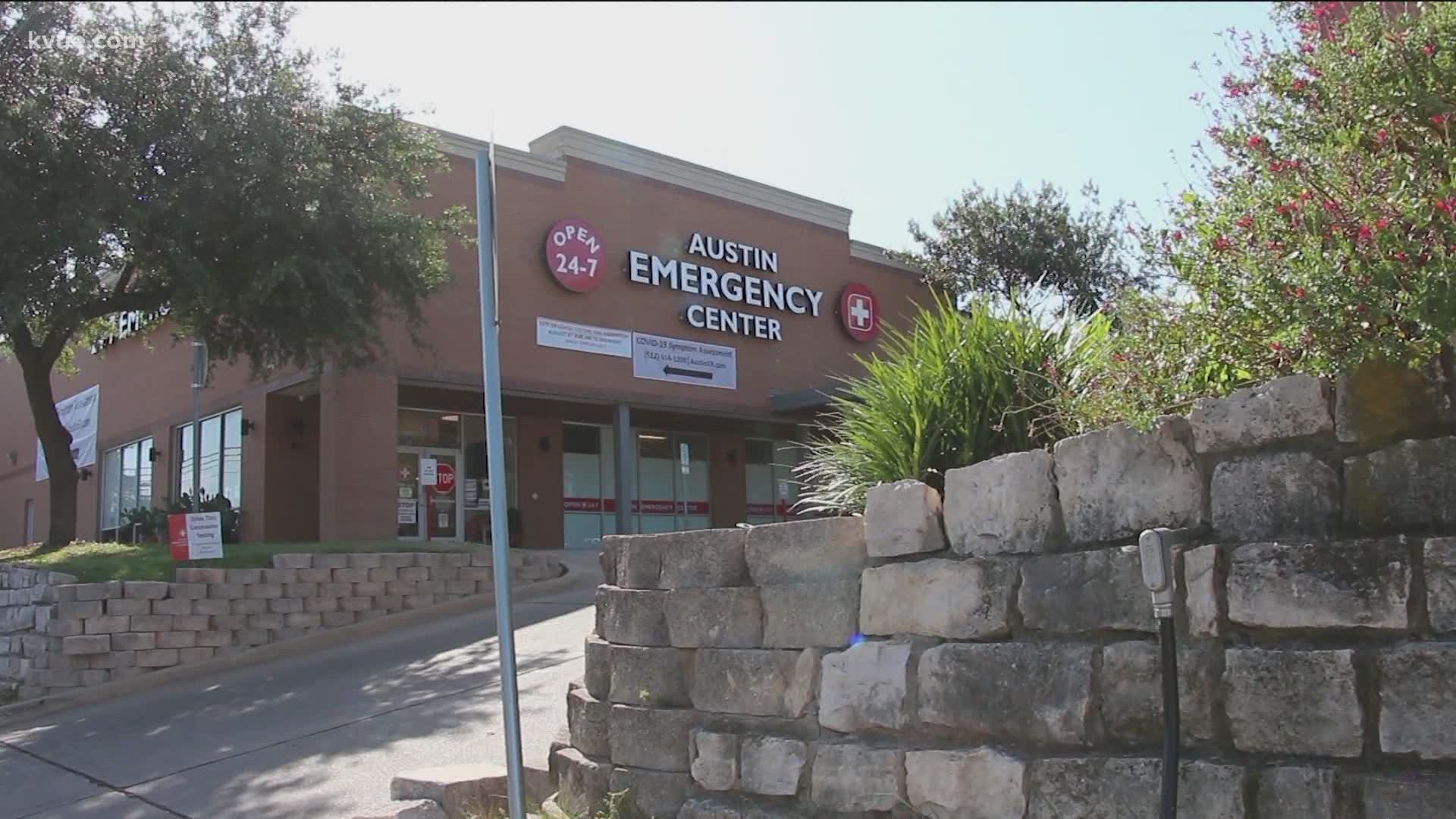 AUSTIN, Texas — According to data from the Texas Department of State Health Services, Texans have received more than 4 million COVID-19 tests. More than half a million have resulted in positive cases of the virus.

But some people are complaining about outrageous bills for getting a COVID-19 test – thousands of dollars in some cases.

Lenner and his wife got billing statements after they went to Austin Emergency Center for a COVID-19 test in April. They never left their car, but both tests combined cost more than $10,000, which was billed to Lenner’s insurance.

RELATED: How to make sure you don’t get charged for your COVID-19 test

A spokesperson for Austin Emergency Center explained the high cost is because that COVID-19 test is billed as a full trip to the emergency room – even though the patient might never leave their car.

The website only warns that the center is not purely a COVID-19 testing service.

But a spokesperson said staff also hands a notice to anyone who gets in line, which says, “Patients with COVID-19 complaints will be assessed, treated and billed as emergency room patients.”

But Lenner said he never got one back in April.

Now, lawmakers have also taken interest in the issue of high costs for testing.

“The cost of testing, the cost of treatment, discourages people from getting the treatment and testing they need," Rep. Lloyd Doggett, D-Texas, 35th District, said. "And that can lead to increased spread of COVID-19 among the entire population.”

RELATED: COVID-19 testing in the US is dropping, even as deaths mount

Now, the Attorney General’s Office is looking into 47 complaints about overpriced COVID-19 tests. Five of those complaints have been about Austin Emergency Center.

“The exposure that you're providing through your reports and I'm hearing from some constituents is really important in pointing out the problem," Rep. Doggett said. "Anyone who gets one of these big bills needs to be questioning it.”

Rep. Doggett said he’s working on legislation that could find a solution to this problem. That’s something Lenner is hoping would help a lot of people avoid his situation.

“I think there is and I think the regulators should be determining at least a ceiling on what the price of the COVID tests cost," Lenner said. "I think that would help a lot.”

The spokesperson for Austin Emergency Center also offered another explanation for the high bills. The lab they were using for COVID-19 testing was also sending patients billing statements directly, causing confusion and panic.

The spokesperson claims Austin Emergency Center stopped the lab from sending those statements to patients on June 2, as soon as they learned it was happening.

It's also important to note that if someone doesn’t have or doesn’t use insurance, Austin Emergency Center is only billing those people for the cost of a COVID-19 test, which is $247.

But no matter where you go, call ahead and find out how much they're going to charge you or your insurance company.

RELATED: Austin coronavirus test results could be ‘useless’ by the time you get them