Travis County has 37 early voting sites, compared to 31 during the 2016 election. 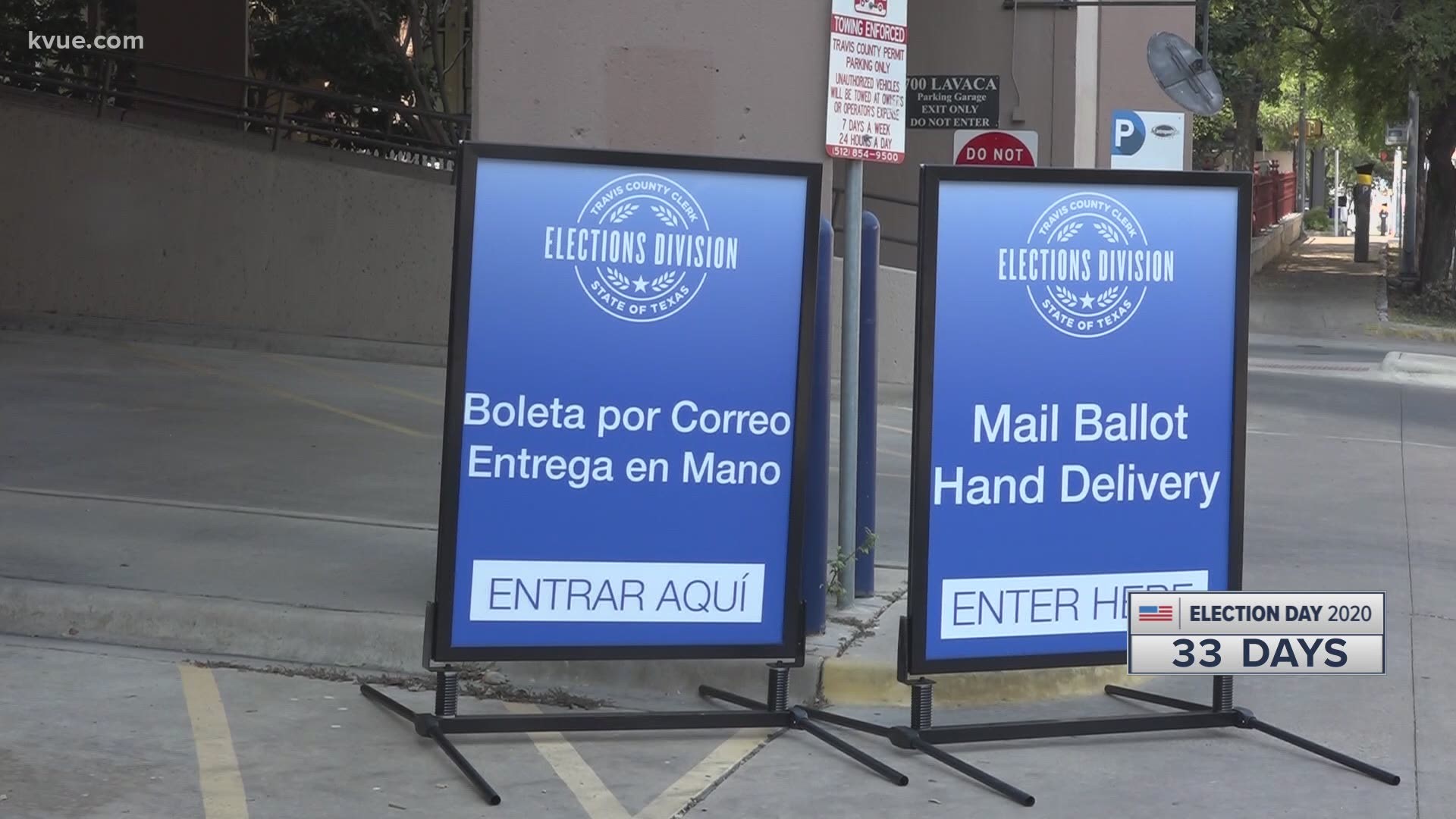 AUSTIN, Texas — Early voting has already started here in Texas with mail-in ballots, and early in-person voting is set to start in less than two weeks.

Election officials told the KVUE Defenders they're taking steps to increase access and security at the polls.

"You have to show I.D., you have to adhere to guidelines, you have to be registered," Travis County Clerk Dana DeBeauvoir said. "All of those things get double-checked, whether you're voting by mail or in-person early voting or Election Day."

DeBeauvoir said Travis County has more early voting locations this year than ever before. But not every county can say the same.

Credit: KVUE
Some counties in Central Texas have added early voting locations this year, compared to the 2016 election.

Travis, Williamson and Hays counties added a few more locations since 2016, but Bastrop County has the same number.

Some of those early voting sites in Travis, Williamson and Hays counties are "mega centers." Travis County has five of them.

"They're really big, they've got multiple checkpoints, lots of voting booths, lots of room for voters to socially distance both inside and outside," DeBeauvoir said. "All of that is really going to make voters feel like they can vote safely."

Davis said they are offering the option of curbside voting. That, and expanded early voting time from the governor, are two examples of increasing voter accessibility this year.

But some normal polling places like schools or nursing homes won't be available, which the county is trying to offset with mega centers.

"There are a lot of folks that can go and check-in and vote all at once in a safe and socially distant manner," Davis said.

You won't see any mobile voting locations like we had in the 2016 election – the Texas Legislature did away with those.

But since Travis, Williamson and Hays counties – as well as Burnet, Lampasas, Lee and Milam counties – all participate in the state's county-wide polling place program. Voters in those counties can vote at any polling location.

"We just really encourage you don't like to the last minute to double-check anything," DeBeauvoir said. "Check it now, make a plan. Do your best to participate. This is going to be an exciting election. And we want you to vote."

Early voting in Texas officially starts on Oct. 13, but you can already start dropping off mail-in ballots if you applied and were approved for one.

The last day to apply for a ballot by mail is Oct. 23.