TWC told auditors changes would be made after the State Auditor’s Office found four at-risk areas. 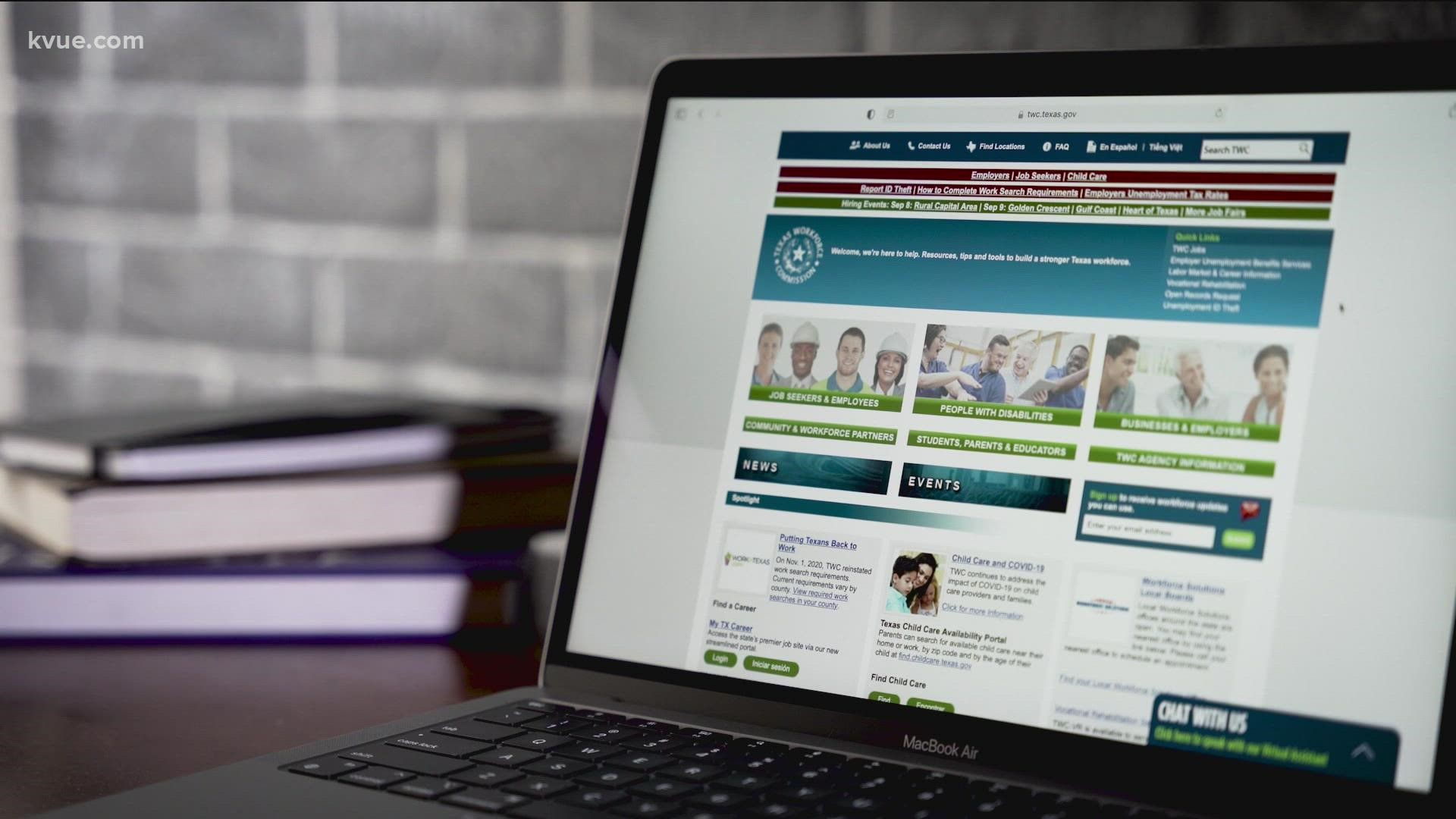 AUSTIN, Texas — The State Auditor’s Office told the Texas Workforce Commission to change some of its security methods.

In a state report, auditors give no specific details on the security flaws.

“To minimize security risks, auditors communicated details about the audit findings separately to the commission in writing,” the report shows.

"Immediate action should be taken to reduce the risk," auditors said.

TWC told auditors changes would be made.

"We cooperated with the SAO during the audit and appreciate them bringing these issues to our attention," a TWC Spokesperson told KVUE News. "The Commission agreed with the findings and has already stated to implement corrective actions."