All Ron Bass wanted was to buy a car battery, but he said that process became life-threatening. 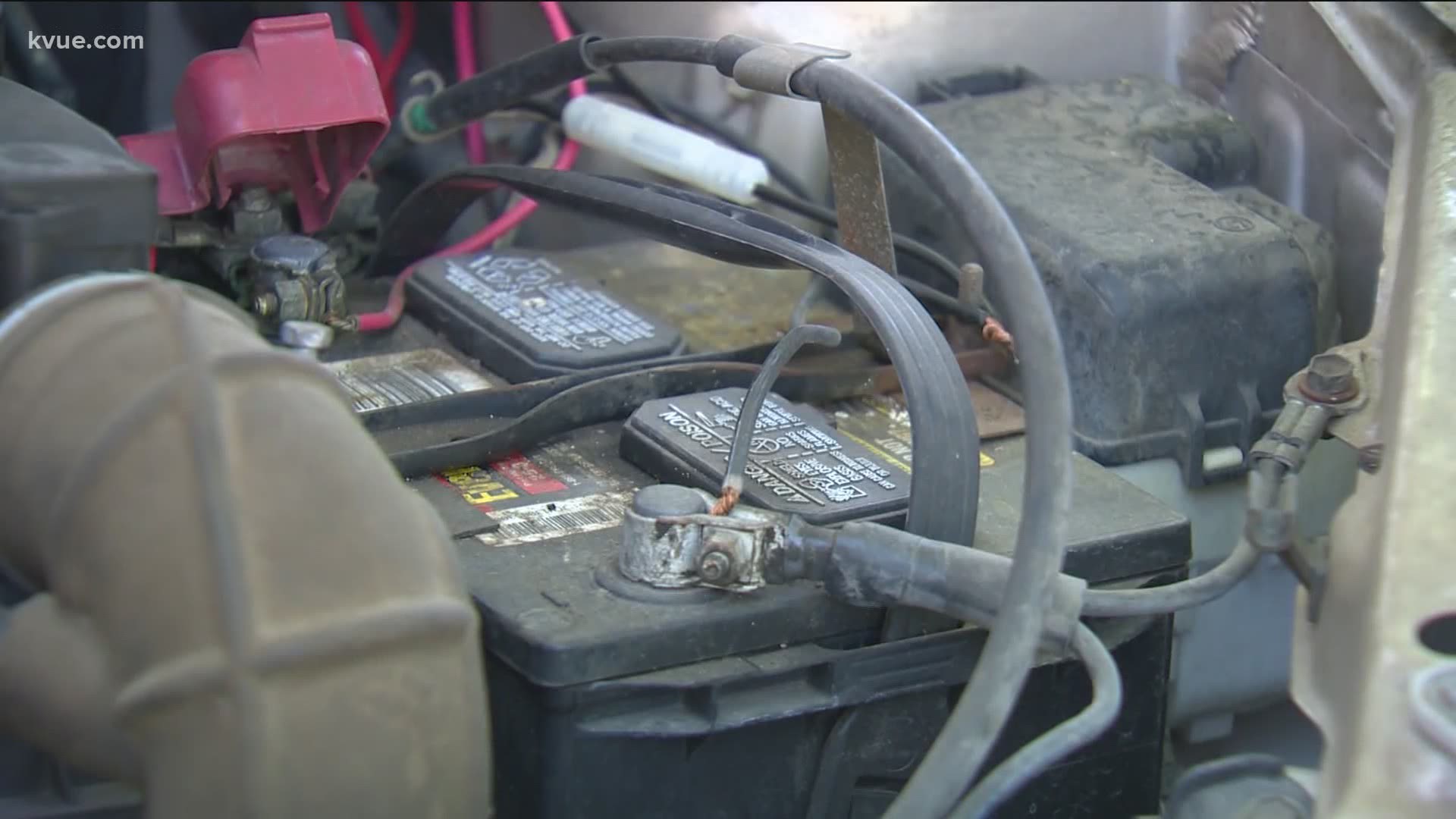 BURNET, Texas — “You clip that on there and slide it over,” said Ron Bass, as he strapped a heavy-duty mask to his face. “This is a P100 filter.”

It’s fair to say Bass is next level when it comes to protecting himself from the coronavirus. Only after putting on the mask, a shield and a complete hazmat-type suit does he feel comfortable enough stepping into a store.

“This is actually overkill for a virus,” Bass told KVUE.

But it's better, he said, than the chance of COVID-19 killing him.

He also has emphysema and is over 65, making him high risk for sure.

“I want to go to heaven but not right today,” he said.

So when Bass needed to replace his car battery, he was excited to see the CarQuest Auto Parts in Marble Falls offered not only curbside pick-up, but free installation.

He bought one online. But when he called to make the arrangements, according to Bass, they told him they were too busy.

"He wanted me to come in the store and I don't know who's touched that door handle," said Bass.

Bass thought if they could just put the battery in his trunk curbside, he could go home and manage to get it to the front and install it himself, but he said they wouldn't agree to curbside delivery, as advertised.

“I don't like being lied to. I have an ex-wife for that reason,” he added as he laughed.

It turns out it was not so much a lie as a misunderstanding. The KVUE Defenders talked to the shop owner, the one who talked to Bass on the phone.

The owner told KVUE he didn’t remember refusing curbside pickup, but apologized for the inconvenience and promised to make it happen, which it did a few days later.

“I am very grateful that y'all got this taken care of because I couldn't do it myself,” Bass said. “I didn't like to ask for help. But I did, and I'm grateful.”