In 2018, TSA officers found 93 guns at Austin’s airport, which ranked it eighth compared to other airports nationwide. 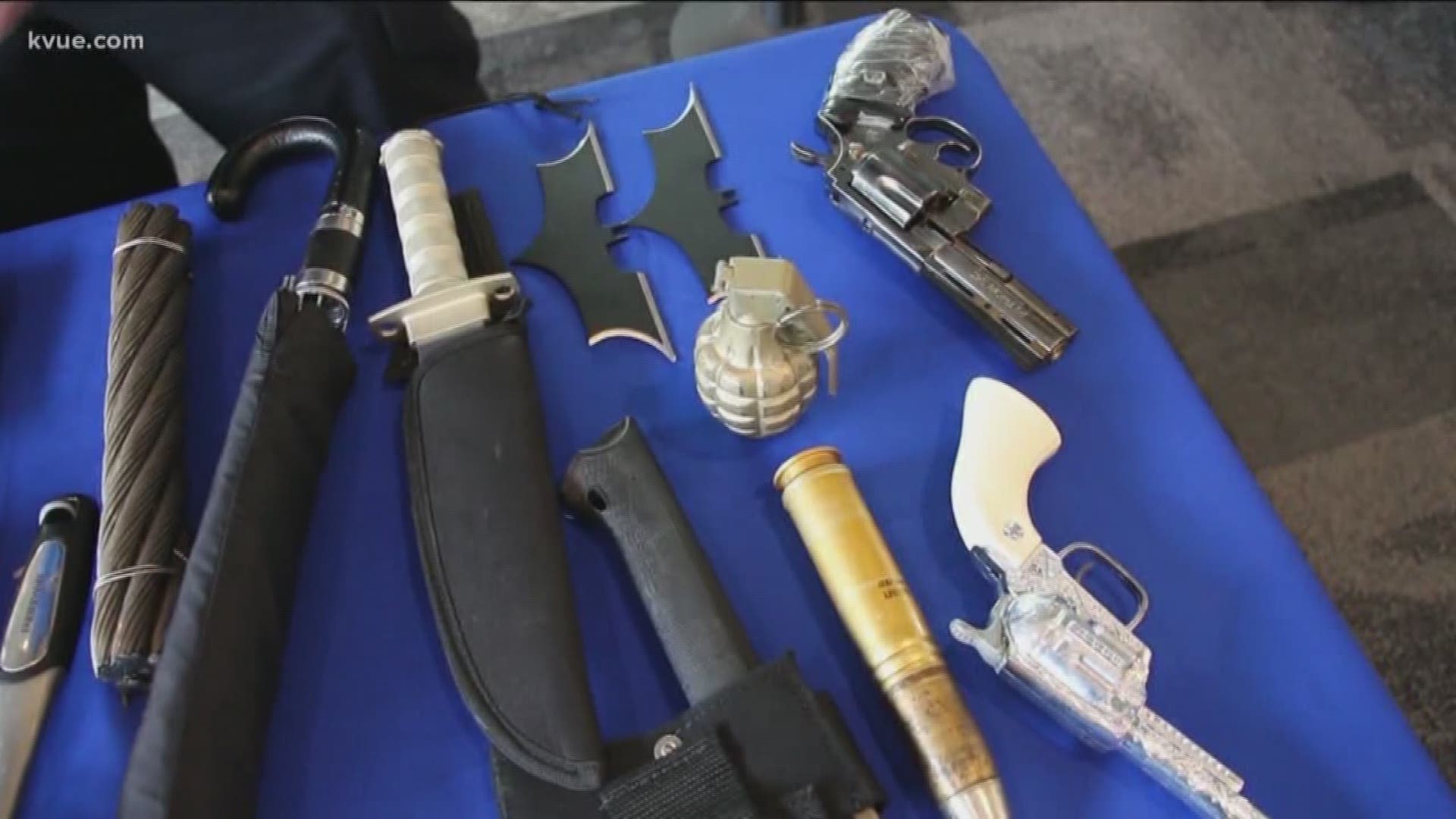 Some of the things people try to bring on a plane, you would hardly believe.

TSA officers across the country stop people from taking weapons onto airplanes every day.

Here in Austin, officers have seen hammers, knives, swords, grenade replicas and even loaded guns. Hall has found four of them.

In 2018, TSA agents found and stopped 93 guns at security checkpoints in Austin’s airport.

“I prefer it to be locked and checked appropriately through the airline gate and not on the carry-on,” Austin-Bergstrom International Airport traveler Erika Britton said. “So that is concerning, yes.”

But other passengers like Anthony Tzoumas aren’t as reassured as Britton.

In July, KVUE showed how Austin’s airport was ranked eighth in the country for guns found last year.

The airport is well aware, according to a spokesperson.

“Out of all the top 10 lists Austin-Bergstrom International Airport has made, this is not one we want to be on,” public information officer Mandy McClendon said in a statement. “We recognize that the majority of firearm seizures are the result of folks forgetting they have one in their bag when they come to the airport. To help combat that, we’ve worked closely with our TSA partners to educate passengers on how to appropriately pack their firearms and to ensure they’re double-checking their carry-ons for these items before they get to the airport.”

Hill and other TSA agents hope as people keep traveling for the holidays, they remember to check what’s in their bag to keep lines moving quickly.

“It’s always fun when you find something,” Hall said. “If you go a day with just finding water bottles, it’s kind of boring. But all of this stuff right here is exciting stuff to find.”

The TSA publishes a year-in-review of gun seizures, showing which airports had the most nationwide.

That report won’t be ready until after Jan. 1, but based on 2019’s numbers so far, Austin is expected to be lower on the list.