Who are the donors behind the governor's border wall fundraising campaign?

Gov. Greg Abbott asked for donations to help finish building a wall between Texas and Mexico. The KVUE Defenders looked at who was quick to give money. 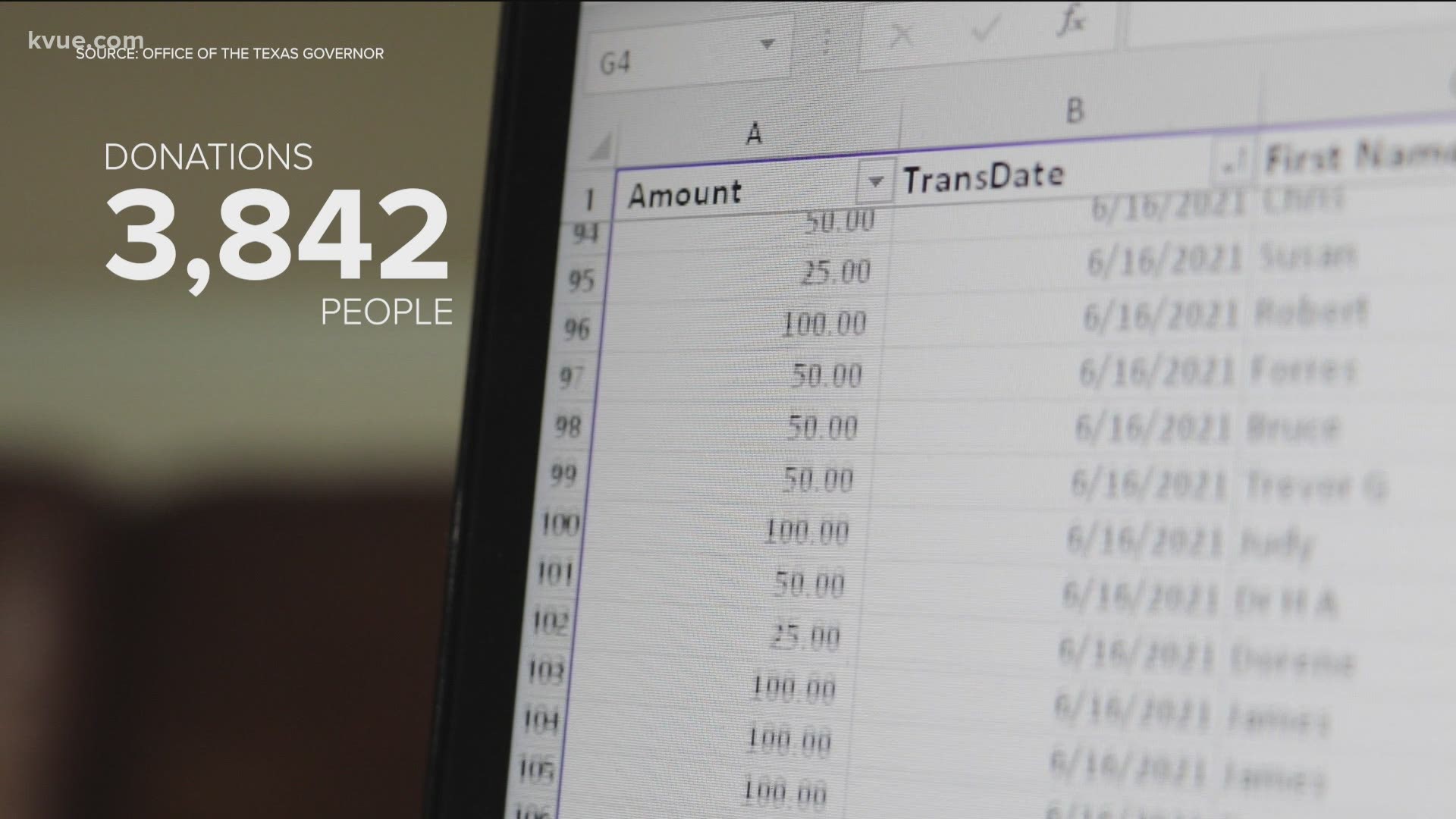 “Texas will build a border wall in our state,” Gov. Abbott said.

By that weekend, the State received $345,141 from donations across the country.

Data obtained by the KVUE Defenders show $100 was the most common donation amount. Nearly 50 people gave $1,000 or more.

The State didn’t release any location information from online donors.

The online submission form collects addresses only when taking a payment.

Records show those who mailed a check came from 19 states.

The KVUE Defenders found not all of the names of who donated online are accurate.

One person said their name was “StopWasting TaxpayerMoney.” Another entry referenced a Russian bank.

In the company field, the KVUE Defenders found answers such as “Concerned Citizen wanting to share Jesus in better way [sic]” and “I'm poor but you want money for a wall.”

Texas is hiring someone to figure out the cost, location and other details to build the wall.

The contract will start Aug. 2.