86-year-old woman out thousands for driveway work: 'For an elderly lady, this is a lot of money.'

A Liberty Hill woman says an asphalt contractor tricked her into paying for an $8,800 driveway job. 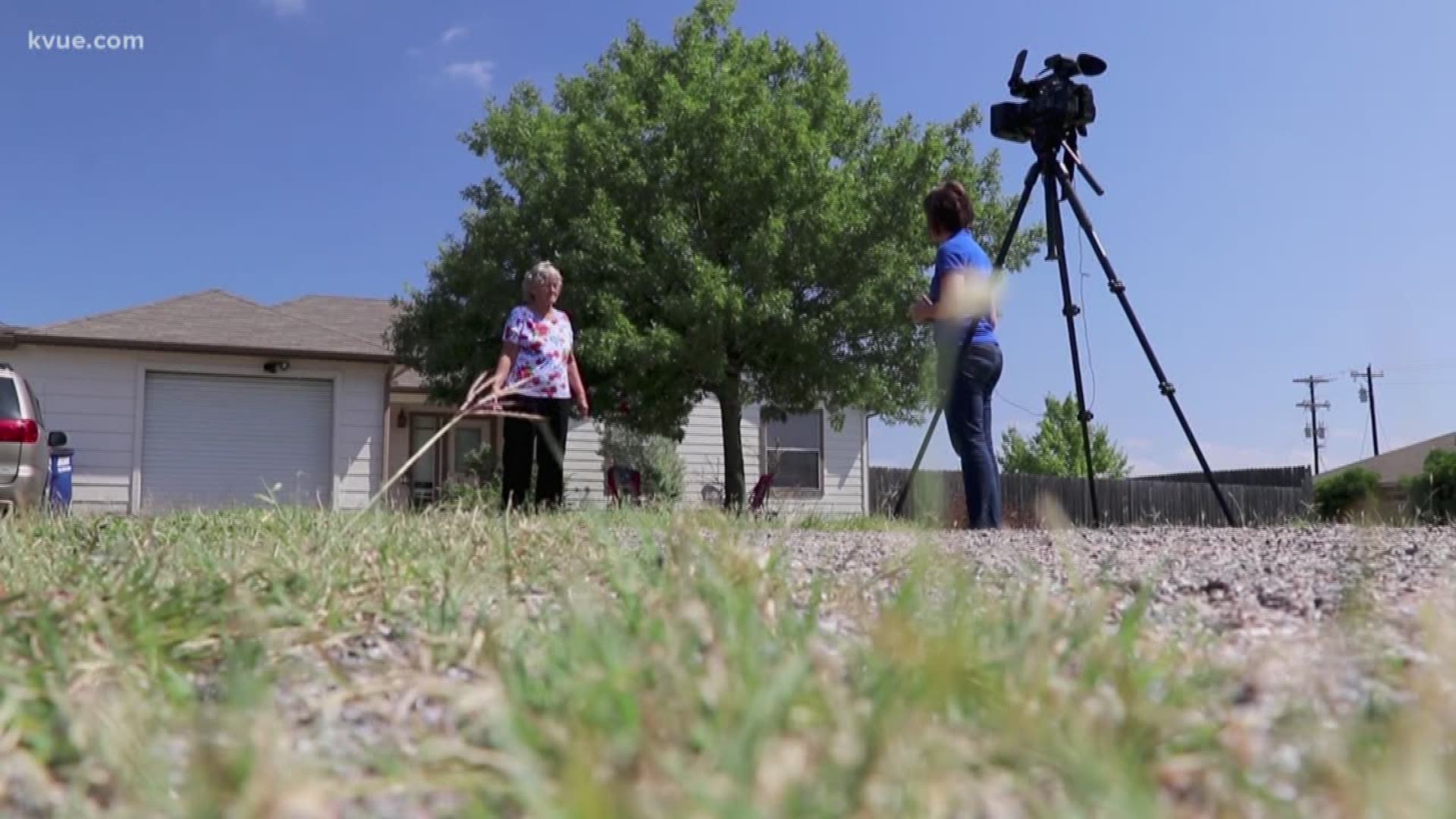 “This is a lot of money. I live alone,” said Vina Milam of Liberty Hill.

Milam says an asphalt contractor tricked her into an expensive job.

“You can take your foot and just move the gravel,” said Milam as she kicked the rocks in her driveway.

The driveway was supposed to be sealed.

“See? There’s no sealer there,” she said.

Milam says a man named Robert Lovell told her he was a contractor in the area and said he needed to get rid of some rocks from a previous job.

Milam says no money was mentioned up front, but she paid for the rocks.

The business name on the receipt showed “Road Tec.”

She said he didn’t do any work, but asked for more money.

Milam said she thought it was to finish the job.

“Then, one of his employees came by and said I’m going to put sealer on your gravel,” said Milam.

KVUE Defenders found out that person was another contractor, who billed Milam for another $1,300.

You can see how the grass grows between the loose rocks. Neighbors are worried about Milam falling.

The KVUE Defenders measured Milam’s driveway to see what a another company would charge.

So, the Defenders called six companies who work in the Liberty Hill area.

One business confirmed, for the $8,800 Milam spent, she should’ve gotten a concrete driveway. Concrete is considered the most durable and most expensive. It was priced at approximately $9/Sq.ft.

Contractors confirmed if Milam went with a chip seal like she was promised, it would cost around $3,000, less than half of what she gave Lovell.

The phone number on Milam’s receipt was disconnected.

KVUE checked state business filings. There is no company called “Road Tec” registered with the Secretary of State under Robert Lovell.

So, KVUE went to his last known address in Cedar Park, but the current tenants said they don’t know Lovell.

“$8,800 for a driveway is a rip off,” said Tim Morstad, Associate State Director of Outreach and Advocacy for AARP Texas.

Morstad says he sees this kind of loss too often.

“If a contractor is offering to do a job for you with some leftover material from a job they just finished in the neighborhood that turns into a red flag very quickly,” said Morstad.

Records show he was convicted for drug possession in 2014 and DWI in 2015 both in Navarro County and in 2016 for “theft of service” in Denton County.

“If you have a loved one or an older parent who may be vulnerable to this type of solicitation, as a neighbor you can get involved. Be the eyes and ears for that person down the street who may be solicit,” said Morstad.

Milam is out the money.

“It’s really frustrating because for an elderly lady, this is a lot of money” said Milam.

If someone comes to your door soliciting or saying they have material, Morstad said to not agree to any work.

Compare prices with other contractors.

Also, alert the Better Business Bureau and the Texas Attorney General’s Office if you suspect any wrongdoing.