Since 2001, U.S. service members have been fighting a war that has claimed 6,904 American casualties. 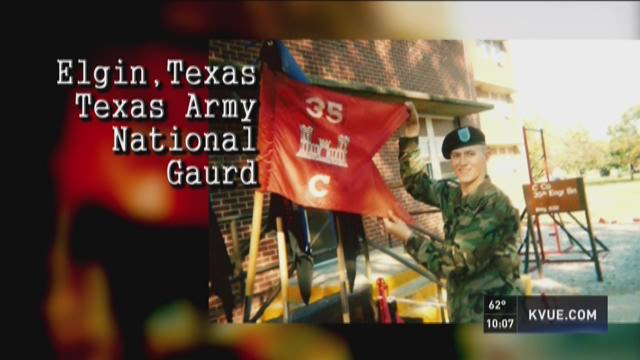 Since 2001, U.S. service members have been fighting a war that has claimed 6,904 American casualties.

For many soldiers, both active and retired, there’s a new war being fought here at home.

According to Veteran’s Affairs, 20 veterans die by suicide every single day. That’s one veteran every 72 minutes.

In Central Texas, one Elgin family is still dealing with the death of their son, 21-year-old Kevin Jaye Alexander.
Kevin was in the Texas Army National Guard stationed at Fort Bliss.

It was his dream job, something he had talked about doing since he was young.

"At first he, he loved wearing his uniform. He was happy,” said Kevin’s mother, Bobbe Alexander.

However, as the years went by, he began to suffer from depression and anger issues as his marriage began to crumble after the birth of his daughter.

While he didn’t serve overseas and was never diagnosed with PTSD, Alexander tells KVUE that he was afraid to seek help for depression because he would be ridiculed or worse, discharged.

"He was afraid. Because he knew that it would get back to his Commanding Officer because they have to report back when a soldier comes to them."

One night, Alexander says, while Kevin was alone in his home outside Fort Bliss, he committed suicide.

O’Brien served in Iraq beginning in 2007. He was 19-years-old. While he was serving, O’Brien witnessed death on a daily basis.

"When you wake up to war every single day of your life, and every day it gets worse and every day there's more battles and every day it's a bigger struggle than the day before, it's a really easy decision to take your own life because you don't want to wake up in more pain than you did today,” said O’Brien.

When he returned to the United States, things took a turn for the worst.

"This was a year after returning from Iraq. PTSD had gotten the best of me and I just couldn't take it anymore,” O’Brien explained on a YouTube post that went viral.

O’Brien tried to get help for his PTSD, but says he faced ridicule from his First Sergeant.

So one night, he swallowed four bottles worth of pills, drank alcohol, and prepared to die.

But as he felt himself dying, O’Brien said he realized he had made a mistake. He called 911.

"Two days later I wake up in the ICU with machines connected to me…and the first thing I thought when I woke up is 'Thank God I'm alive,’” said O’Brien.

Inspired by his own experience, O’Brien wrote a book titled "Welcoming Your Soldier Home."

When asked if Alexander could say one more thing to her son Kevin before he passed, she said she wishes she could have told him “Everybody loves you. Don't do anything rash. We'll get you the help that you need."

O’Brien’s life and Kevin’s death are powerful reminders that even the strongest can use a helping hand.

If you want to get involved, go to MissionCharlieFoxtrot.com.