Both her legal parents are U.S. citizens, but she is considered an immigrant. Now, they’re suing the Federal government for LGBTQ discrimination. 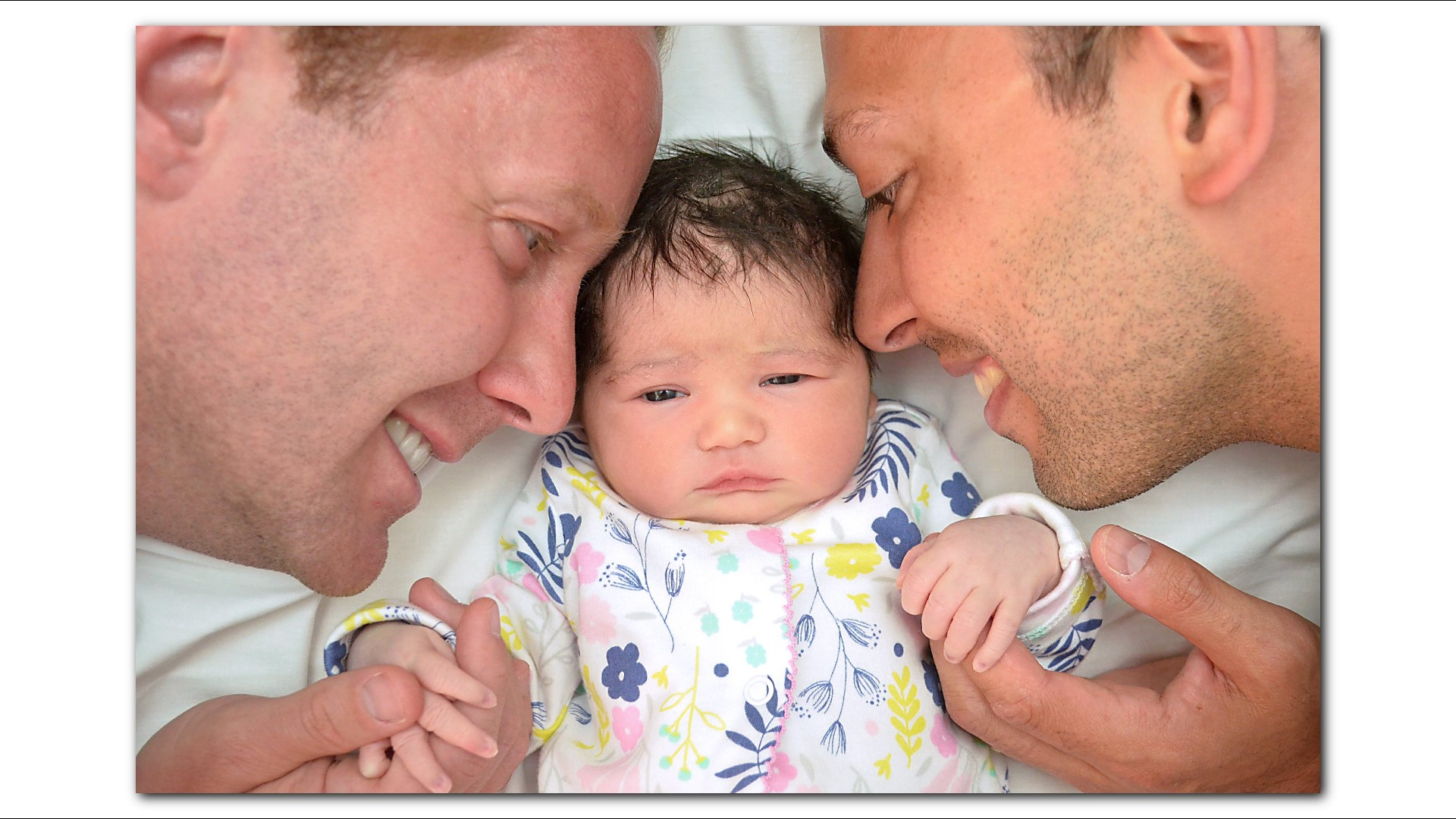 A Georgia couple recently filed a lawsuit against the U.S. State Department after the government declined to give their daughter citizenship.

The couple, both Americans, claim a U.S. government policy discriminates against children who were born to gay parents outside the United States.

The parents include Derek Mize and Jonny Gregg, who were married in 2015. When they first met, they knew they wanted to have a family.

“I’d seen Derek with kids. I knew how good he was with them and when he said he wanted them, I said, ‘This is a no brainer. Of course, we should have children',” said Gregg, who grew up in the United Kingdom, but is an American.

Gregg’s husband grew up in Mississippi.

“I felt that even though I was gay, it might look a little different, but I still just knew in my heart that I was going to figure out a way,” said Mize.

The Decatur couple did figure out a way. It started in 2017 in London with a long-time friend who agreed to be a surrogate to carry their child. An anonymous donor supplied the egg. Gregg’s sperm fertilized the embryo.

Nine months later, they were all in the delivery room together.

RELATED: Same-sex Georgia couple believes they are one step closer to getting citizenship for daughter

“I was sitting right beside the surrogate’s head … and the things that keep going through my mind is, ‘I’m going to meet you now and I’m going to take care of you for the rest of your life',” said Mize.

More than a year later, instead of focusing on Simone’s next milestone, they’re now fighting to keep her from deportation.

While both her fathers are U.S. citizens, the State Department does not recognize her as an American because the father with the biological tie, that’s Gregg, did not live in the U.S. for the required amount prior to Simone’s birth.

The agency completely discounts Derek as a parent, who is also listed on the birth certificate.

The U.S. consulate’s office in London told them shortly before they boarded a flight back to Georgia.

“That was crushing. It was very upsetting,” said Gregg.

Last month, the couple filed a lawsuit against the State Department and Secretary of State Mike Pompeo, claiming the agency’s policy “unlawfully discriminate[s] against children simply because their parents are same-sex.”

OTHER NEWS: Legal Discrimination: 'This is one of the most blatant that we've seen'

Their lawsuit also explains the agency wrongfully applies a section of the law related to unmarried parents.

“In doing so, State Department officials failed to acknowledge the validity of Mr. Mize and Mr. Gregg’s marriage, deemed Simone to have been “born out of wedlock,” and treated Mr. Mize as if he were not Simone’s father,” according to the lawsuit jointly filed by Immigration Equality, Lambda Legal and others.

The State Department declined to discuss the litigation.

Since 2018, two other same-sex couples filed lawsuits against the State Department for denying citizenship to their child.

It happened to Allison Blixt and Stefania Zaccari’s son, Lucas.

Brixt is from the U.S. Her wife, Zaccari, is from Italy. Both of their children were born in London. Their attorneys argue that federal law should allow Blixt to pass her citizenship on to her children, including Lucas who was conceived by Zaccari.

OTHER NEWS: Mom grieving loss of baby asked to instantly prove his death in court appearance for traffic ticket

“The government saying no, you’re not his mother, it makes me feel rejected,” said Blizt in a video produced by Immigration Equality, an advocacy organization that is part of a team of attorneys representing gay couples suing the State Department.

Their case is still pending.

Andrew and Elad Dvash-Banks filed a lawsuit, too.

The couple has twin boys, Ethan and Aiden, born by a surrogate in Canada.

Banks grew up in Los Angeles. Dvash is from Israel.

The State Department believes Aiden is a citizen, but not his twin brother Ethan because the sperm used to create his embryo came from his Israeli-born father.

“If we were a straight couple and I was an Israeli woman and both of our name was on both kids’ birth certificates, would you ever require to perform a DNA test?”

This past February, a federal judge sided with the couple, calling the State Department’s policy unconstitutional.

The State Department issued Ethan a U.S. passport and reluctantly recognizes him as legal U.S. citizen. The government has appealed the ruling and, for now, is not required to recognize Lucas and Simone as Americans.

This past June, about 100 members of Congress signed a letter demanding the State Department change its “discriminatory and cruel policy.”

U.S. Representative Hank Johnson of Georgia was one of those lawmakers. The Mize-Gregg family live in Johnson’s district.

“It’s a clear case of equal protection under the law that is being denied to this same-sex couple with respect to their daughter,” said Johnson, a Democrat from metro Atlanta. “That child is a citizen of the United States of American upon birth.”

Earlier this summer, Simone’s tourist visa expired. Unless forced, her fathers plan to keep her in Georgia while their lawsuit goes through the courts.

During that time, they will be unable to get her a social security card or claim her as a dependent.

The couple could seek a green card for their daughter and obtain citizenship through a more lengthy and expensive nationalization process, but Mize believes doing so would set an ugly precedent by allowing the government to treat their family differently than heterosexual couples.