The four fellows performed for a crowd at Creative Action on Thursday. 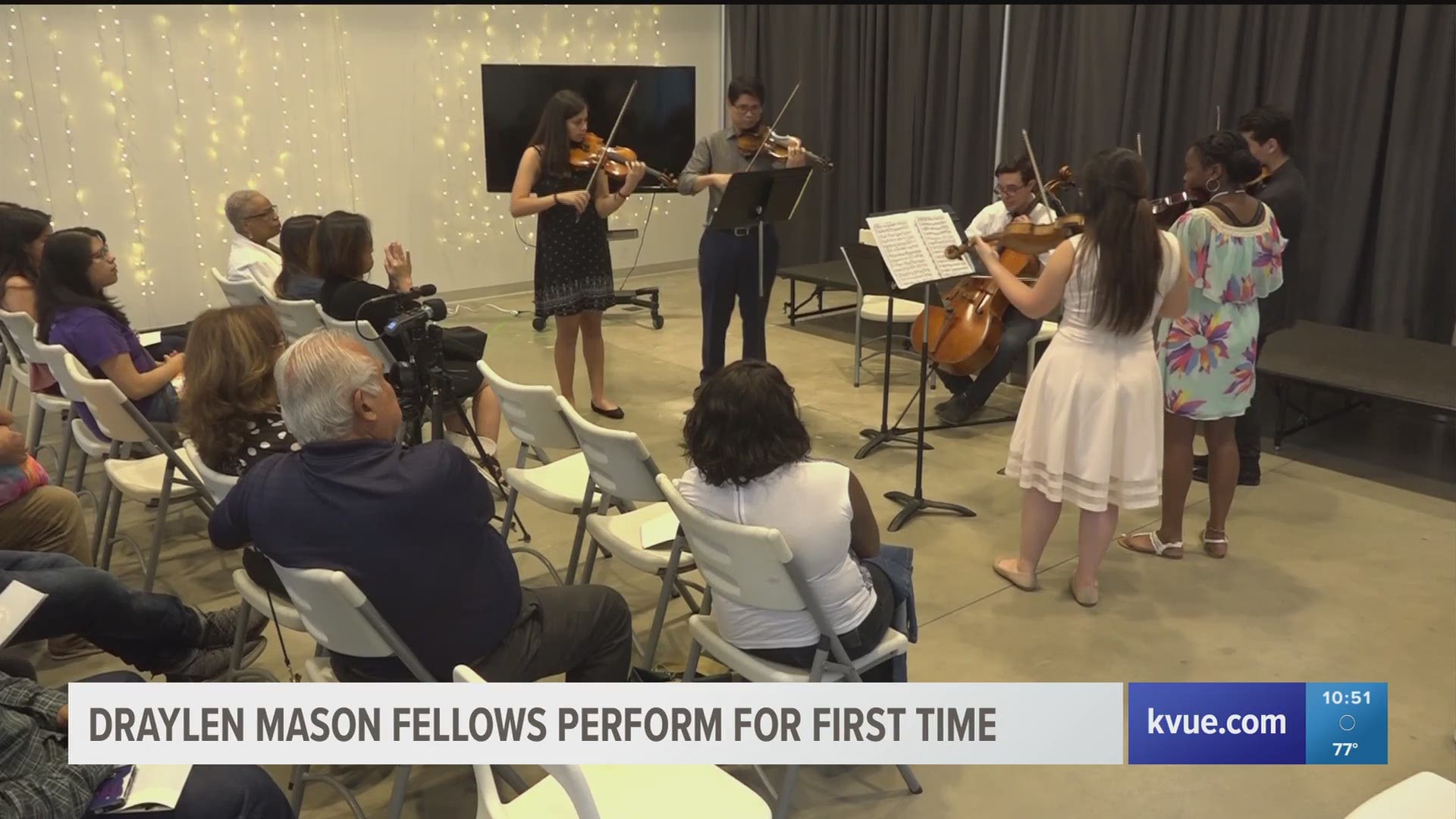 AUSTIN, Texas — The inaugural class of the Draylen Mason Fellows Program (DMFP) showcased their musical talents and original work at a performance on Thursday.

Austin Soundwaves also administers DMFP and aims to further the development of musicians like Chu, Ferguson, Martinez and Reyes. Fellows receive up to $1,000 during the course of the program to offset costs met in their pursuit of music.

The four fellows worked to create a capstone performance project that uses music as a means to address pressing social justice issues meaningful to the group.

"I really do think this program has helped me grow in ways I didn't expect," Martinez said. "Music still finds a way to bring us together."

Mason was a victim of the Austin bomber.

To make a donation to the DMFP, click here.