The man was on his way to surprise his mother for her birthday when he lost control and crashed into a flooded ditch. 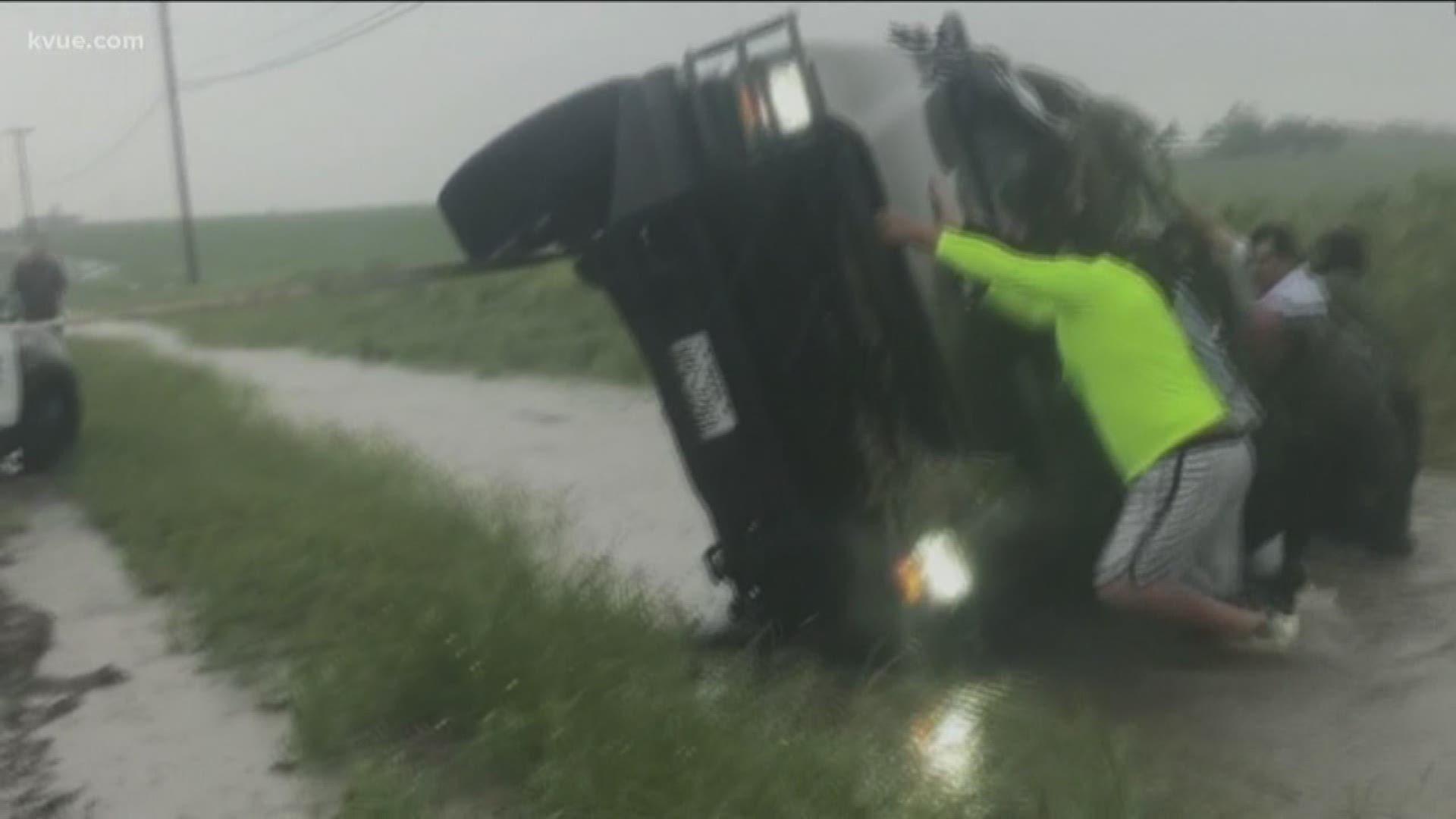 WILLIAMSON COUNTY, Texas — A College Station man is thankful to be alive after a group of good Samaritans rescued him from his flipped truck Wednesday afternoon.

Finn Rooney, 19, wanted to surprise his mother for her birthday, so he made his journey to Round Rock -- in the middle of severe weather.

Shortly after passing Thorndale on Highway 79, his pick-up truck hydroplaned.

"I had control of the wheel and finally, I just turned and I just felt myself go down into the ditch, and then it got real dark," Rooney said. 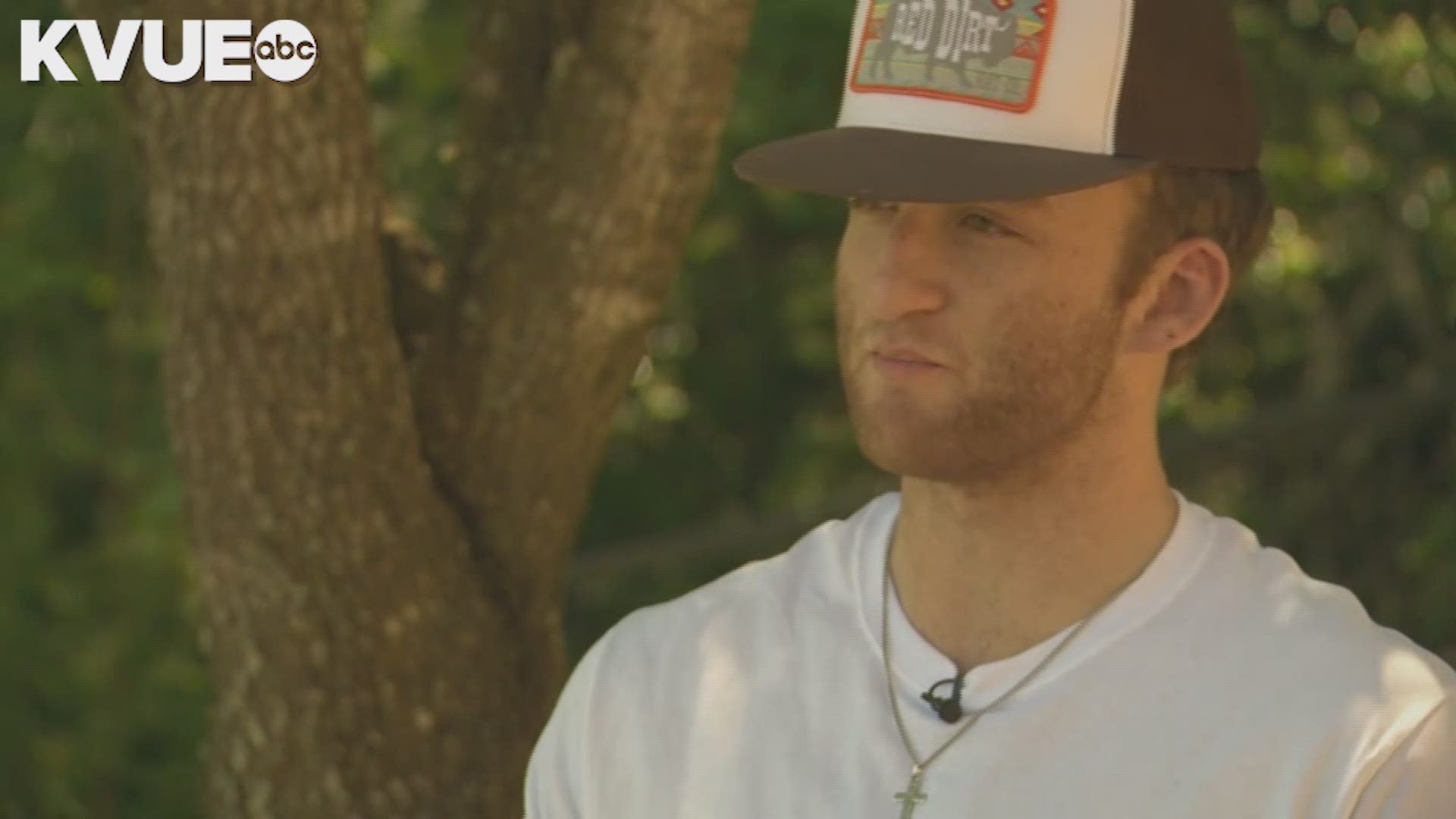 RELATED: An amazing save: Good Samaritans flip truck over, save man

The ditch was flooding, and within seconds, Rooney said the water in his cab began rising.

"I was scared. The water was getting higher. It was real cold, too," he said. "I was surprised I didn't drown."

Rooney screamed out for help and, almost immediately, a group of people came to his rescue, including an off-duty Lago Vista police officer and a former high school classmate.

"They flipped me up, and I was lucky enough to look up, and I saw the light. I got out, and all those guys are like, 'Hell yeah, man!'" he recalled. 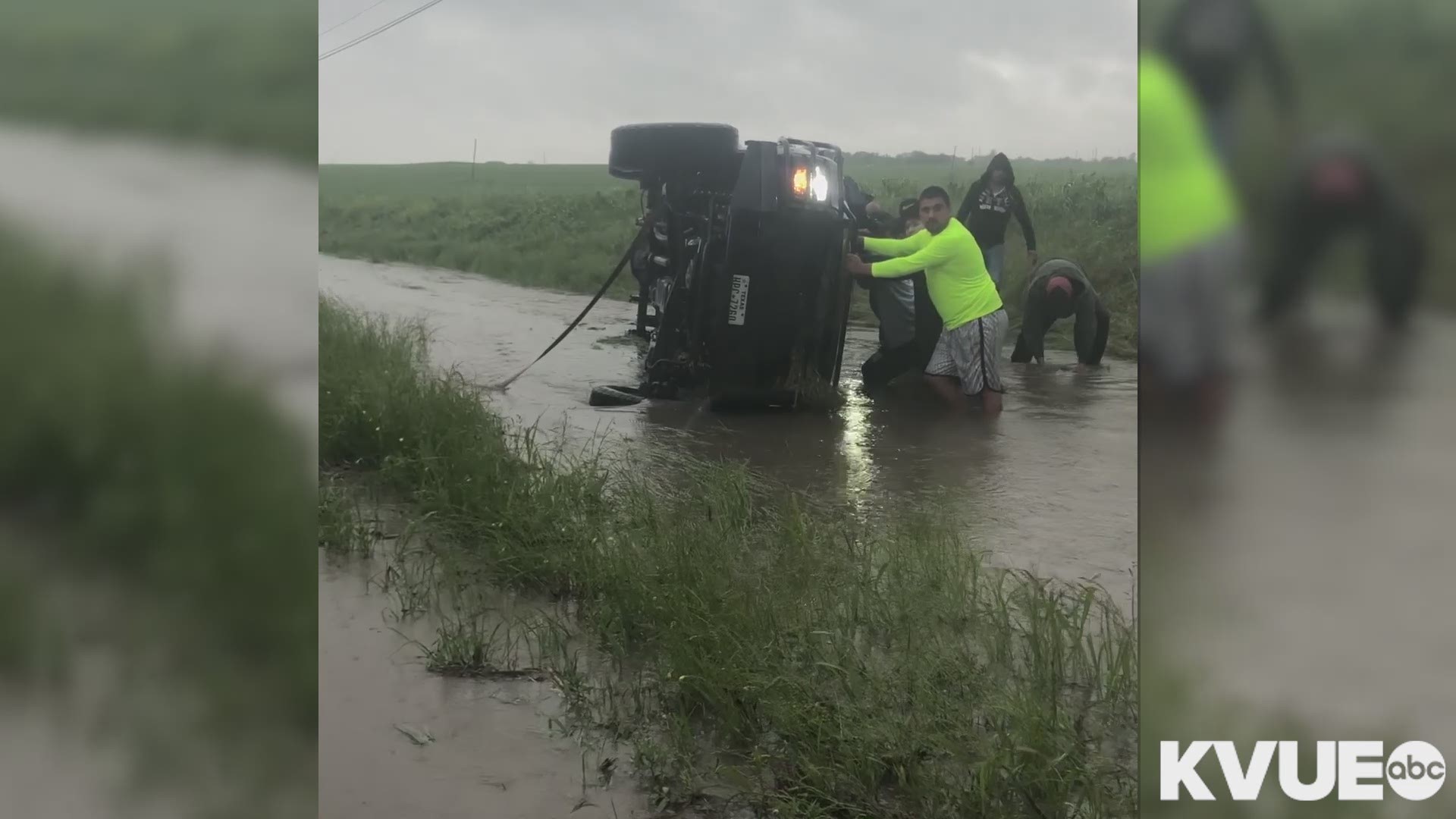 Miraculously, Rooney walked away with only a bruised knuckle and a gash on his arm from broken glass.

He believes a close friend of his who passed away some time ago was watching over him.

"I had a picture of her in my dash with a flower from the rosary. I'm hoping it's still there," he said.

Rooney said that had all those people not pulled over to help him, his outcome would've been much worse.

"I wanna thank those people. Without them, I wouldn't be here," he said. "I'm blessed to see another day, and 19 years is not long enough. I've gotta keep going."

Rooney's truck was totaled in the wreck.