Austin Restoration Ministries goes out on the streets to find people addicted to drugs, in gangs and at their lowest point to help them recover and get back into society successfully. 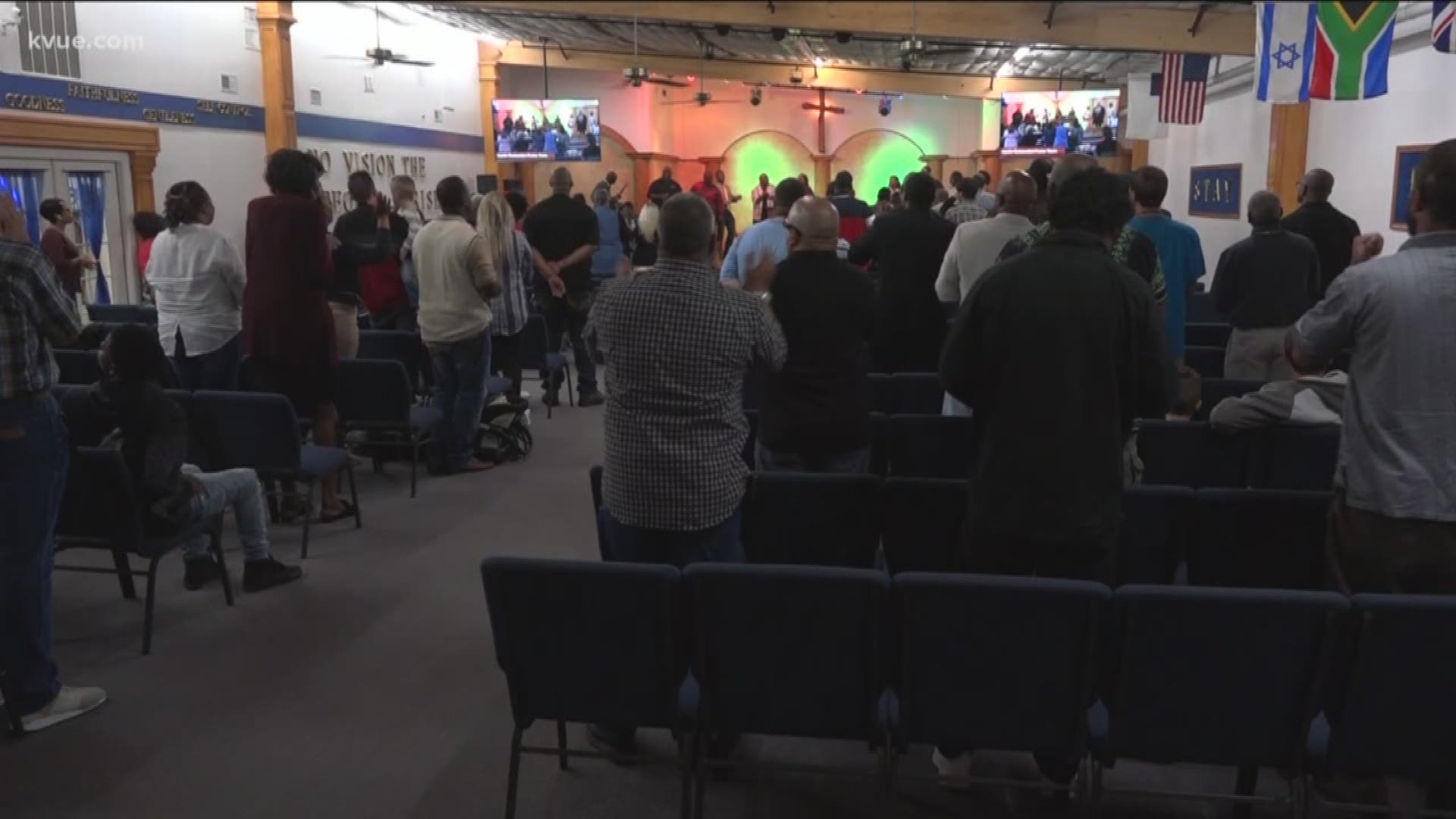 AUSTIN, Texas — Homelessness is a growing problem in Austin with a lot of groups trying to help people get on their feet. There's one group of Austinites doing things a little different with a single goal in mind.

Ira Carey is a completely different person than the man he was 15 years ago.

Carey was a drug addict. He said he tried multiple programs to help him get clean but nothing was working. He was living in a car wash on Caesar Chavez St. in Austin, struggling to find motivation to keep going.

"There was a lot of ready to give up and not do it any longer," Carey said. "No one wants to hang out with a drug addict, so I was by myself. There was no joy or anything. I was ready to die."

As many people in Austin have experienced, Carey received a white sheet of paper from someone near the car wash, wanting to tell him about Austin Restoration Ministries. This is a local Christian-based ministry that is focused on finding drug addicts, alcoholics and people at their lowest point – and helping them get back on their feet through their faith.

"I want others to know there is a way out, and that way is through Jesus Christ," Carey said. "Our goal is to restore the drug addict and the drug addict's family."

Carey said once he got clean, he didn't want to leave the ministry. He wanted to give back in the same way the people at Restoration Ministries helped him, eventually becoming a pastor himself.

"I thought it about it and said, 'You know what, I'm going to do this for the rest of my life,'" Carey said. "Our goal is to put a man back on his feet – not only into right standing with God – but get him to a place where he has the tools necessary to go back out and be a success."

One of those people is Corey Cox, who moved to Austin in 2005 and used to live a life on the streets.

"I remember going to school with shoes with holes in the feet," Cox said.

Cox grew up in a gang while also being abused as a kid.

"My family told me I wasn't going to amount to anything," Cox said. "I wanted that acceptance from family, but I got a false sense of acceptance from gangs. The gang life offered me the money aspect to where, 'Hey, I can sell drugs and I can make some money for myself.'"

Cox said even after joining the gang, it put him in an empty place.

The people at Restoration Ministries have a desire to go out and find people like Cox who are on drugs, in gangs and at their lowest point.

"We've had people do what's called, 'Throw down their colors,'" Carey said. "What they do is they bring their bandanna, and they come to the front. We pray with them and they say, 'I'm out of this.'"

As easy as it may seem to turn away from such a dangerous, detrimental lifestyle, it can sometimes be the only life someone knows. Doug Rice is a lieutenant with the Austin Police Department within the Organized Crime Division, and he said he is regularly dealing with people in these types of situations.

"Sometimes it's right in their face on a daily basis," Rice said. "They commit a lot of narcotics dealings. They do commit assault, but usually it's gang member on gang member.

RELATED: Are Austin gangs a danger to the public?

He said it isn't as lavish a lifestyle as some may think.

"It's an association," Rice said. "They're familiar with the people they're there with. If you look at what the movies and TV portrays, they're walking around with wads of cash, beautiful cars and they're living this life of luxury. That's not necessarily the case. The lifestyle is not everything that it cracks up to be."

This is why Restoration Ministries goes out on the streets to try and find the people who need help the most.

"Today, I have a desire not to quit anymore," Cox said. "It's a wonderful feeling to know that there's somebody there who believes in you."

Along with a Sunday church service that is open to the public, Restoration Ministries provides a 9-month faith-based program where people live in their facility. They provide GED classes and computer training, with a goal of sending these people back out into the world ready to take on a job.

There is also a food pantry open to the public on the second and fourth Thursday of the month.

This is a church serving the community in an unconventional way, but an uplifting way as well.

Austin Restoration Ministries is not a rehab center – it is a faith based ministry. It's important to note while it is a licensed non-profit, it is not licensed by the Department of State Health services to operate as a drug rehabilitation program.

To learn more about Restoration Ministries, you can click here.

Tuesday night, KVUE Defenders’ Erica Proffer will dive deeper into the gangs in Austin, profiling one organization known to work with the Mexican cartel.

Erica Proffer and Jay Wallis also explained their process for these two stories while taking a deeper dive into the gang issue in Austin.