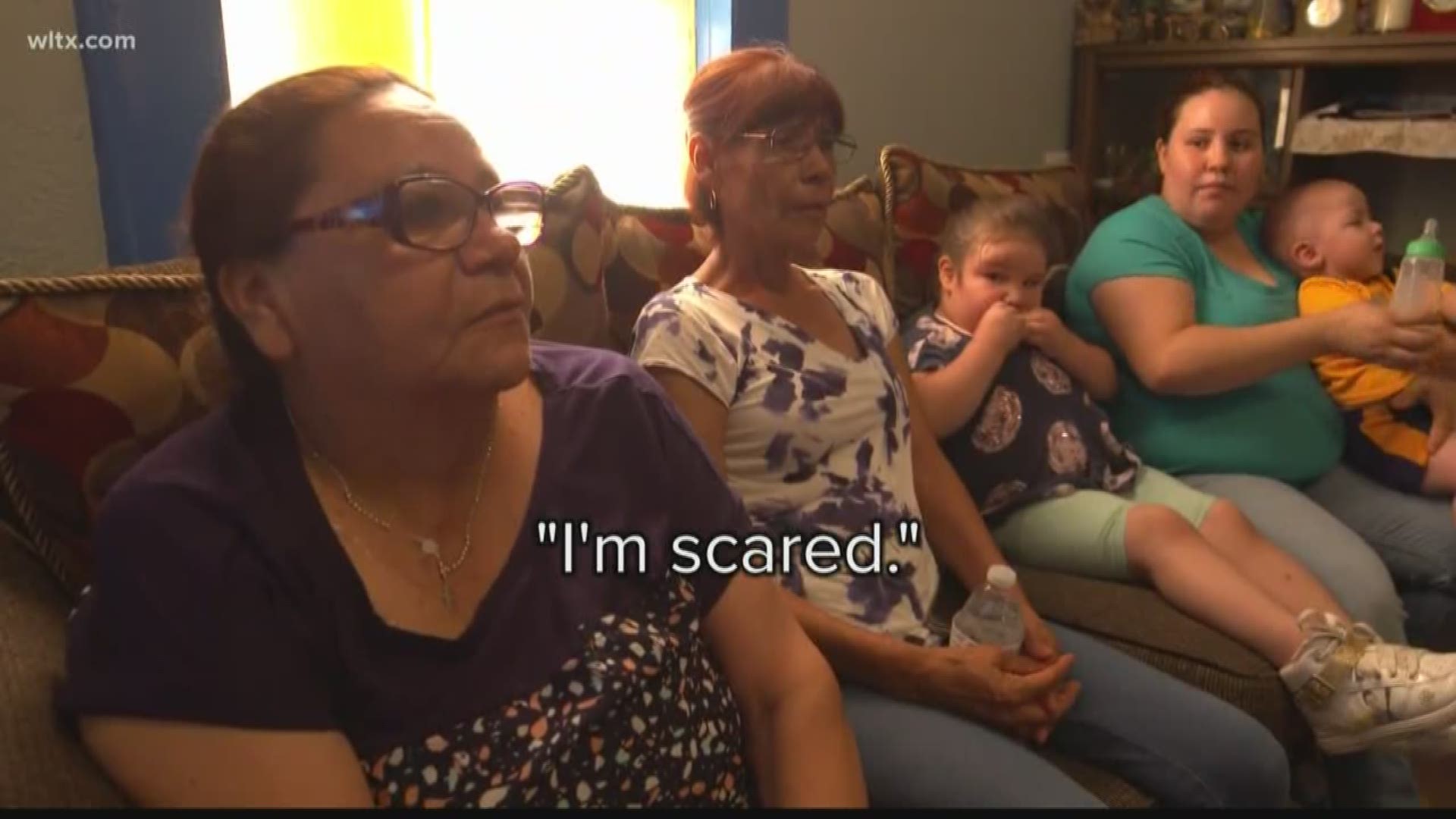 Columbia, SC (WLTX) -- Thursday, authorities announced the 21-year-old accused of carrying out the deadly mass shooting at an El Paso Walmart confessed that he was targeting Mexicans.

A written document he posted online said he was concerned about the growing Hispanic population in Texas.

For Latinos in the Midlands, this tragedy hits close to home.

"Como madre, me da miedo y me da mucha tristeza." (As a mother, it scares me, and it makes me very sad), said local educator, Lydia Carnesale.

After 22 were killed and dozens more wounded at a Walmart in El Paso, Texas, many Latinos across the country say they're living in fear.

Most of the victims in the El Paso shooting were Latino. 8 were Mexican nationals.

"This [shooting] was different," said Hodges. "He drove hundreds of miles with an intent to hurt a group of people for the mere fact that they were of a certain population of community."

News 19 sat down with members of our local Latino community and learned how this tragic event affects them personally.

"As an educator, I begin to feel hopeless because I work with children and families who I seek to empower and I seek to educate for a better future," said Carnesale. "I am battling a battle of hatred, and apparently it's only growing stronger."

"The struggle daily is harder to say, 'It's ok to be who you are'," she added.

"As we got into the restaurant, I'm identifying exits," said Hodges. "I went into this mode of a former law enforcement wife and I spotted where I needed to sit. [The waitress] was going to put us in one place and I chose another place to sit because of the exit strategy. But my language changed, and I've never done that before. My English got louder so I could identify myself as an American with no accent. I've never done that before. I was always proud to be bilingual, and yesterday, walking into that space, I wanted everybody in that restaurant to know I had no accent and that I was American. Just in case."

For these women, they're looking out for their families. [The mass shooting] changed the way they think and live.

"It's making you want to fight harder for a just and equitable America that everyone was told would be," said Carnesale. "We're not seeing it anymore."

"It has been something that has affected my 93-year-old father, who's hangout was Walmart and who is now fearful of going to such a place because he looks a certain way and he speaks with an accent," said Hodges.

They say it's ok to be who you are, but above all, they believe what needs to change the most is the hatred. If that changes, they say they'll have more peace of mind.

"Whether it be the language, whether it be the art, we give and we keep giving. We don't hate. We teach our children to love  and we teach them to be proud of who they are and to hold their heads high. Y si quieren hablar en español, van a hablar en español," said Carnesale. "It doesn't matter if you're in California, if you're in New York or if you're here. Safety is the issue. That's how it impacts [us]," she added. "When you walk out that front door, you should walk out knowing your safe. I want to feel safe again."

"Wouldn't that be a lovely feeling to feel safe again? For all people," said Hodges. "It sounds like we're talking about centuries ago and not 2019."

The suspect in El Paso's mass shooting is being held on capital murder charges. The DA's office will seek the death penalty.

CBS News says this was the largest terrorist attack on Latinos in modern history.