After 80 years in business, Hut's Hamburgers in Downtown Austin closed their doors for the final time Sunday. 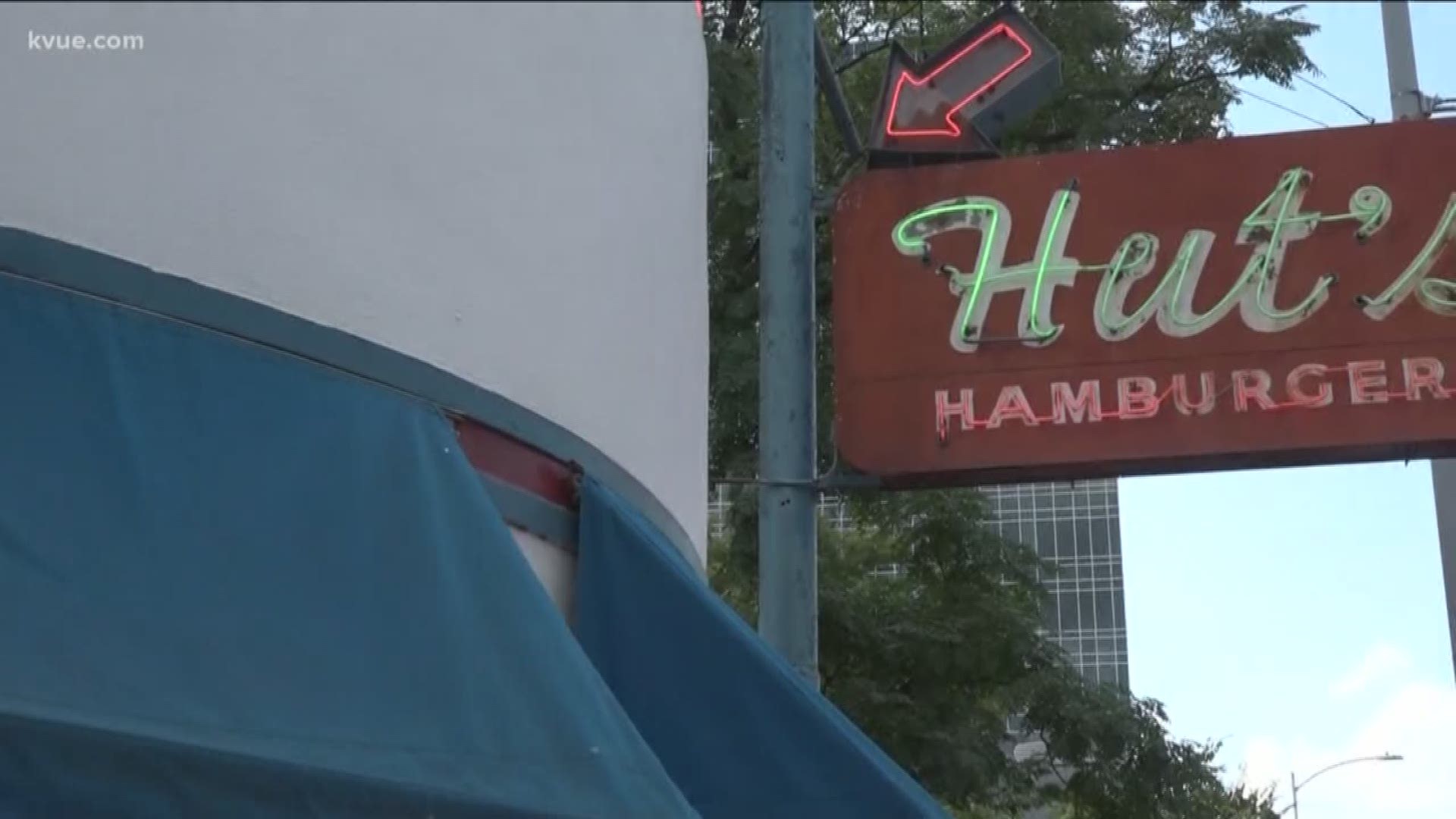 AUSTIN, Texas — Hut's Hamburgers has been in its Downtown Austin location for 80 years.

On Sunday, employees, owners and customers had their last Hut's meal.

“People should support the local businesses as much as possible you know? If you have your favorite little place, they should go their more often,” said Hutchinson.

Hutchinson was emotional after operating on West Sixth Street for 80 years. Now, the restaurant's doors are closed for good because of a problem affecting a lot of older businesses in Austin.

"Property taxes," Hutchinson said. "The fact that people don't like to come downtown anymore because of the traffic and the parking. We just sell food pretty much. We don't sell booze like all the other places around here do."

"I've been living in Austin since 1989. The day I got here ... the very first meal I had was a Hut's burger," said Betina Foreman, a longtime Hut's customer.

Foreman was hooked ever since.

"It's comfort food to me," Foreman said. "It reminds me of being young and first moving to Austin and it's just ... I wanted it to be my last meal before my surgery and it's not going to happen."

Foreman arrived at Hut's right after the restaurant ran out of food on Sunday. So, she never got her last Hut's hamburger. She hopes to find another special, local place in Austin.

"It's Austin. You know, it's what Austin's all about," Foreman said. "It's keeping it weird and original. This is one of the things ... it's iconic! You see the building and you know it's Hut's. You don't have to see the sign."

As for what's next for Hutchinson: he said he's not sure.

"I don't know. My wife is worried because I don't have any hobbies ... I got to find a hobby," said Hutchinson. "I got to find something to do. I don't know my whole life has been involved here."

Some good news for fans of the restaurant: Hut's is operating at the Austin airport, where they opened earlier this year.