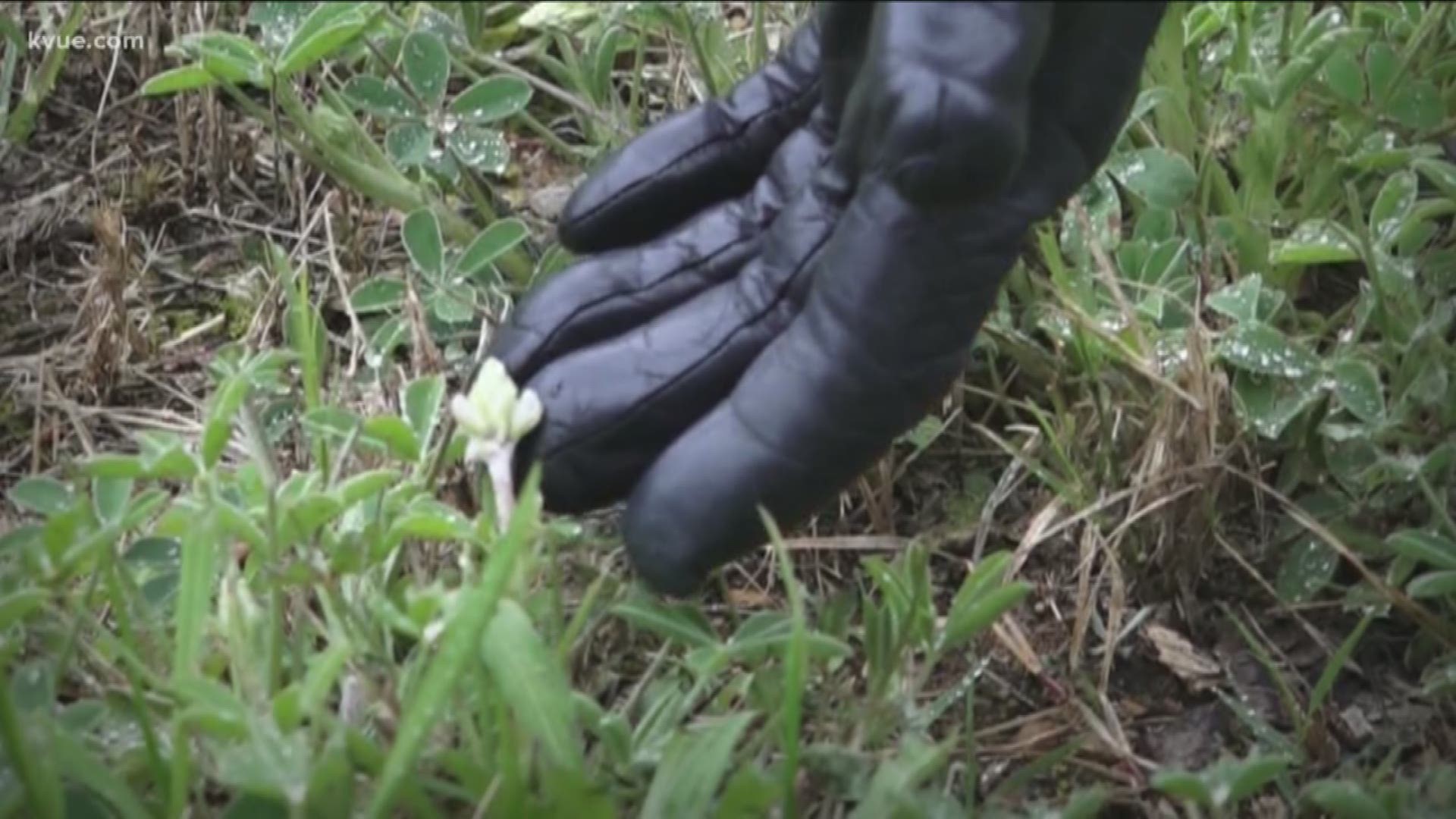 TRAVIS COUNTY, Texas — Bluebonnets are already starting to bloom - a sign spring is coming. They're a true Texas treasure, so when someone cuts them down people don't take it lightly.

"This one just got completely broken off," says Colette Pearce, who lives close to Jessica Hollis LCRA Park near Mansfield Dam. "It's an outrage and saddening. I'm perplexed how this could even happen."

Pearce is in disbelief. When she got to the LCRA park on Thursday, she found a field of bluebonnets mowed down.

"The top of it was mowed, but the little bloom is still hanging on," said Pearce while holding one of the cut flowers.

"I was very dismayed to see this area mowed, and a bunch of plants getting ready to bloom cut down."

The LCRA took full responsibility in maintaining the park that led to the cutting of the state flower.

It released a statement saying, "LCRA is responsible for maintaining Jessica Hollis Park, and we regret that we inadvertently mowed a small area of bluebonnets."

RELATED: The first bluebonnet has bloomed! Where to take bluebonnet photos in the Austin area

Although it's not illegal to cut down the bluebonnets, Pierce says it's about being mindful for those who appreciate the state flower.

"If awareness is not increased, there will be no more wildlife habitats," Pearce said. "We will lose one of the best things about Texas, in my humble opinion."

The LCRA plans to reseed the bluebonnets during the fall. It is expecting a spectacular bluebonnet season this year, especially at Pedernales River Nature Park.