The group met at the Georgetown-Williamson County Veterans Memorial Plaza, and wreaths were placed in front of the memorial walls for Memorial Day. 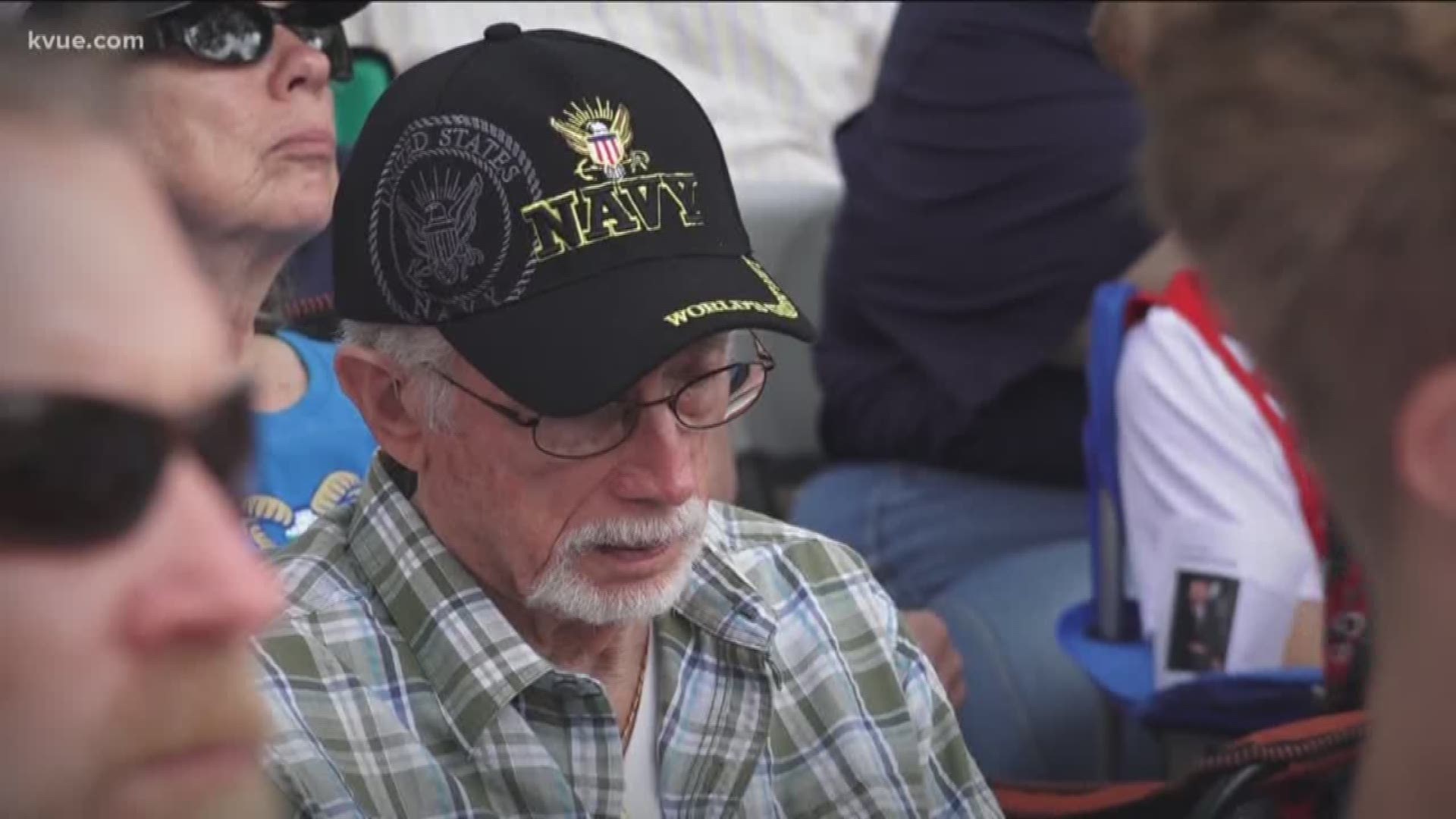 WILLIAMSON COUNTY, Texas — "It's memorial day and I celebrate it every year," said Sergeant John Wood, he was one of the hundreds of people at the Georgetown-Williamson County Veterans Memorial Plaza Memorial Day ceremony on Monday.

The ceremony honored the many lives lost while serving in the military.

"More than 30,000 Texans have given their lives to defend this nation," said Senator Ted Cruz, who was the keynote speaker at the ceremony.

"I've got three friends on the wall," said Sergeant Wood, as he stood in front of hundreds of names of those who lost their lives at war.

More than a three-day weekend: A message from Gold Star families on Memorial Day

"I've got some friends that were killed in a very serious plane crash," he said.

The color guard brought out old glory as the 36th Infantry Division Band of the Texas Army National Guard played the national anthem.

"We are profoundly grateful for your service for your profound heroism," said Senator Cruz. "We say from the bottom of our heart, thank you."