How would closing the U.S.-Mexico border impact the Texas economy?

The KVUE Defenders looked at what border closings would mean for the Texas economy and if it would impact illegal crossing detention. 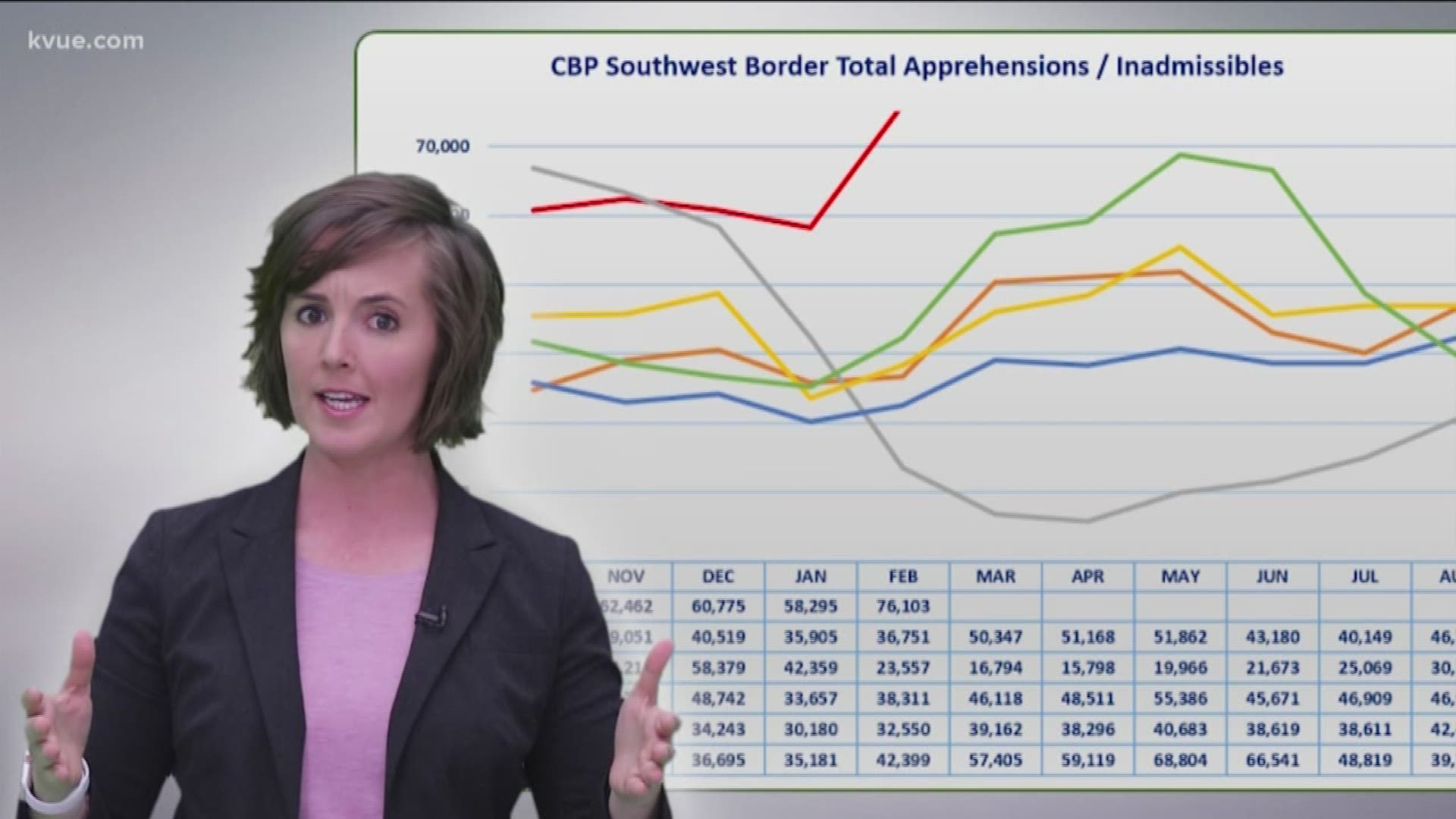 AUSTIN, Texas — More people are being detained now for crossing the border illegally than for the past decade.

RELATED: U.S. cutting off aid to El Salvador, Guatemala and Honduras amid threats to shut down border

Last week President Donald Trump threatened to close the border. We looked at what that would mean for Texans.

How many ports are in Texas?

Texas and Mexico share 28 border crossings. Most are in the Rio Grande Valley.

The U.S. Department of Transportation data show 130 million crossings a year through our Texas-Mexico bridges.

How would it impact the Texas economy?

The census data shows 37 percent of Texas exports go Mexico. Exports to Canada comes in second with less than 9 percent.

As far as imports go, 34 percent comes from Mexico. Less than half of that comes from China.

Last year, Governor Greg Abbott wrote a letter to the U.S. trade representative regarding the change of North American Free Trade Agreement, saying the trade agreement "played a significant role in the diversification of Texas' economy and fostered a robust, yet stable labor market."  He added our unemployment rate is low "in large part" because of the "more than 1 million Texas jobs" that depend on trade agreements.

Can the border be closed?

In 1985, the New York Times reported then President Ronald Regan closed nine ports after a DEA agent was abducted and threats were made against customs agents.

Closing bridges does not impact people who were caught between the ports crossing illegally.

“What we really ought to be doing is looking at the push factors. What's driving people out of central America and what can we be doing to reduce those numbers rather than blocking the border,” said Lincoln-Goldfinch

Lincoln-Goldfinch suggested using the facilities we have to handle the influx of people.

An ICE spokeswoman said it was because the influx of families crossing has "overwhelmed ICE's limited transportation resources."  Transportation is done through contracts with private companies.

Right now, both family residential facilities in Texas have hundreds of beds empty. As of last Friday, Karnes Family Residential Center had 63 people right now. It can hold 830. The South Texas Family residential center can hold 2,400, but has only housed 1,025 people there.

Starting on Monday, ICE will temporarily use the Karnes Family residential center to hold about 700 adult women. We asked about other detention centers, like T. Don Hutto, but ICE didn't respond.