How to not act like a local in Austin

AUSTIN, Texas — Long before you strolled into Austin with your U-Haul truck along with everyone else, Austin was a different place. A better place, many might say.

Before you came along, the Frost Tower was the tallest in the sky.

Before you, the Broken Spoke sat alone in a dusty parking lot and without a single condo building in sight.

Before you, Rainey District was a neighborhood.

Before you, things were different.

You’re not a local, and you don’t act like it. Want to change that? You can’t. But if you have any aspirations to act less like a tourist, here are some things you can stop doing immediately.

Looking for a good place to eat and drink? DO NOT ask Austin’s subreddit, unless you’re feeling adventurous and are curious about how many different ways a bunch of snobs can suggest the “frosty margs and skillet queso” at the Chili’s on 45th and Lamar streets. 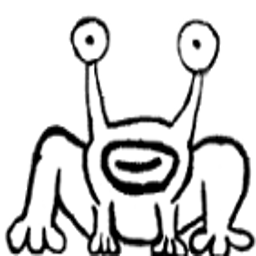 r/Austin - What is with the Chilis on 45th and Lamar?
0 votes and 24 comments so far on Reddit

DO NOT take a picture in front of the “i love you so much” mural, no matter how short the line is to get in front of it with your cute boyfriend or girlfriend. You may look at it briefly and get an Americano from Jo’s Coffee. That’s it.

Although, if you're this dog, we'll let it slide.

DO NOT throw on your jorts and tie-dye shirt and act like you’re suddenly appreciating the arts at the Graffiti Park. Oh, wait.

DO NOT call the highway that extends through the 360 Bridge, “Capital of Texas Highway,” or whatever you’re calling it.

DO NOT scoot across town on those electric death traps. But if you must, DO NOT use a scooter as a getaway, throw it in a tree or the water or block the sidewalk.

DO NOT go to the Greenbelt and then crap all over it with your beer cans and Starbucks frappuccinos. If you’re going to pack it in, you better pack it out, people.

Which reminds us, DO NOT let your dogs off leash in Austin parks with signs that clearly state you need to keep your dog on a leash. And on that note, DO NOT act like you didn't see anything when your mutt leaves a fresh one on the trail.

DO NOT act like you don’t know what G&M Steakhouse, Holiday House, Ruby’s BBQ, Castle Hill Café, The Frisco, Threadgill’s, EZ’s, Freddie’s Place -- and the many, many other restaurants that have sadly closed -- are.

DO NOT say traffic is worse in whatever city you’re from. We just spent a thousand hours getting from North MoPac to South MoPac and we just want to drown our sorrows in Lone Star and talk about how awful our fellow drivers are.

And finally, DO NOT let “Keep Austin Weird” fall out of your mouth if you don’t know what it means. Hint: it’s about supporting small businesses.

DO NOT take any of this to heart. Austin is a beautiful city and we’re happy to share it.

Here's what other people are reading: