'Whose side are you on?' | After murder of Houston officer, Chief Acevedo blasts senators and the NRA

After a sergeant’s murder over the weekend, Houston Police Chief Art Acevedo calls out U.S. Senators and the NRA over the country’s gun laws. 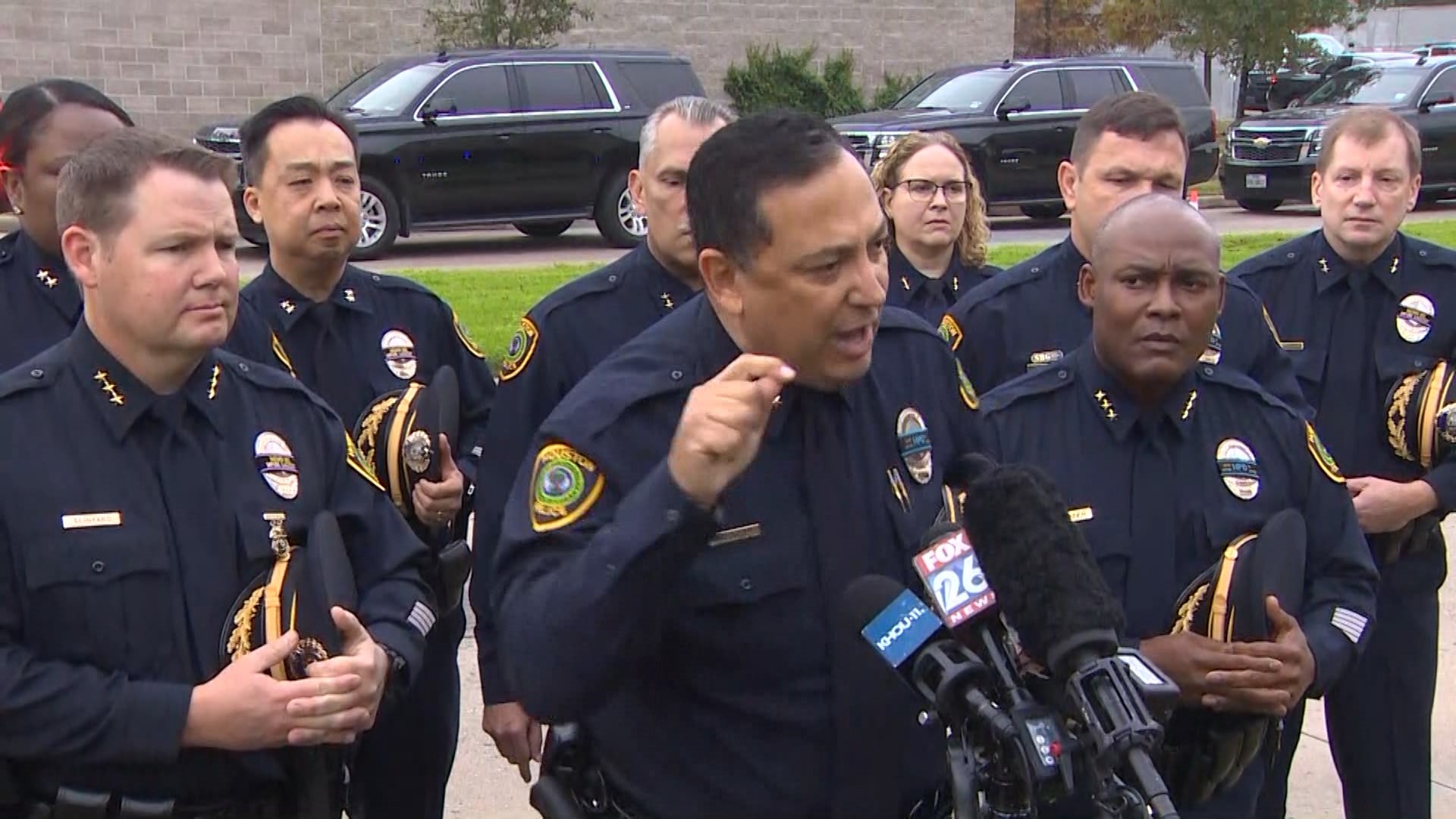 HOUSTON — Houston’s police chief on Monday lashed out at the National Rifle Association and the country’s leaders after the weekend murder of a Houston police sergeant.

Sgt. Chris Brewster, 32, was fatally shot Saturday while responding to reports of a domestic disturbance in east Houston.

Chief Art Acevedo on Monday morning thanked the community for their thoughts and prayers, saying heroes never die because they’re never forgotten. But he also took a moment to call out multiple U.S. Senators over gun violence.

You can watch the chief's in full here

“We all know in law enforcement that one of the biggest reasons that the senate and (Senate Majority Leader) Mitch McConnell, (Texas Sens.) John Cornyn and Ted Cruz and others are not getting into a room and having a conference committee with the House and getting the Violence Against Women’s Act (VAWA) is because the NRA doesn’t like the fact that we want to take firearms out of the hands of boyfriends who abuse their girlfriends. And who killed sergeant (Brewster)? A boyfriend abusing his girlfriend.”

The Violence Against Women's Act, which was originally established in 1994 as part of a larger crime bill, aims to end domestic violence. It has since expired, however.

“You’re either here for women and children and our daughters and our sisters and our aunts — or you’re here for the NRA. So I don’t want to see their little smug faces about how much they care about law enforcement when I’m burying a sergeant because they don’t want to piss off the NRA,” said Acevedo.

Acevedo also said officers killed in the line of duty make the ultimate sacrifice, and it should not be in vain.

The VAWA has undergone changes while being reauthorized in decades past, but some efforts to extend it have failed. Most recently, during the 2018-2019 federal government shut down, the act expired again and has not yet been renewed. Part of the law expands restrictions on weapons purchases, banning those with a misdemeanor conviction of domestic abuse.

“For many years, Senator Cruz has worked in law enforcement, helping lead the fight to ensure that violent criminals—and especially sexual predators who target women and children—face the very strictest punishment. Senator Cruz is currently reviewing Violence Against Women Act legislation in the Senate.”

To be clear, the Violence Against Women Act is still fully funded despite what the Chief implied. And he’s got it backward – Democrats in DC walked away from negotiations for a new law and that’s when it fell apart. Sen. Cornyn helped introduce a new VAWA last month, which:

Cornyn said Acevedo is misinformed. Cornyn pointed out existing state and federal laws should have kept a gun out of the hands of Arturo Solis.

Solis had been convicted of assaulting a family member in 2015.

Faced with mounting criticism, Acevedo addressed the issue again at an event on Tuesday. He apologized for the timing of his gun control comments but stood by the substance.

"I'm not sure it was the right time, but I had a lot of anger and that anger is still here," Acevedo said.

He said he wants the focus to be on Brewster and his sacrifice for the rest of the week. 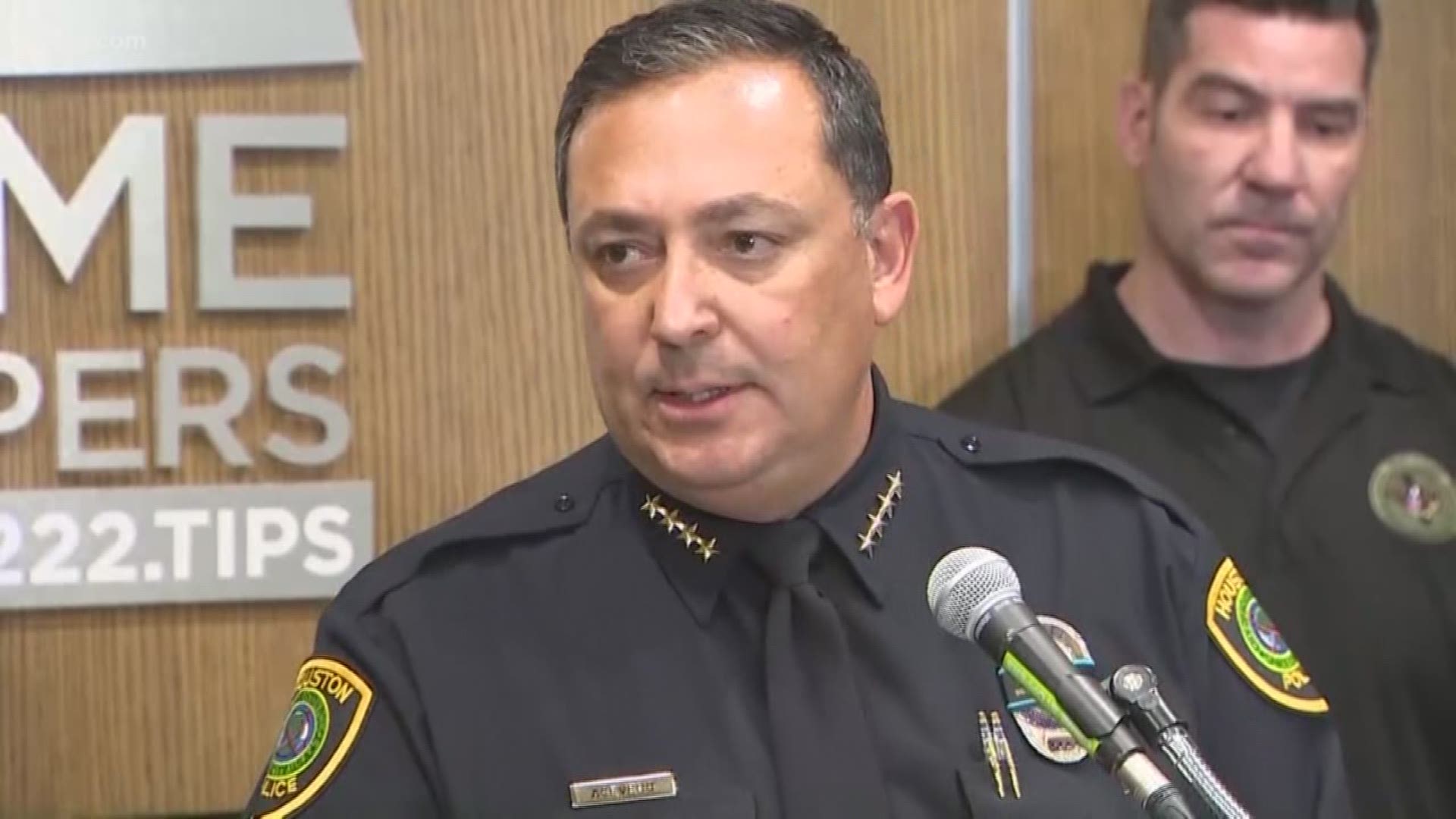