Police said they were chasing a suspect believed to be driving a stolen vehicle. 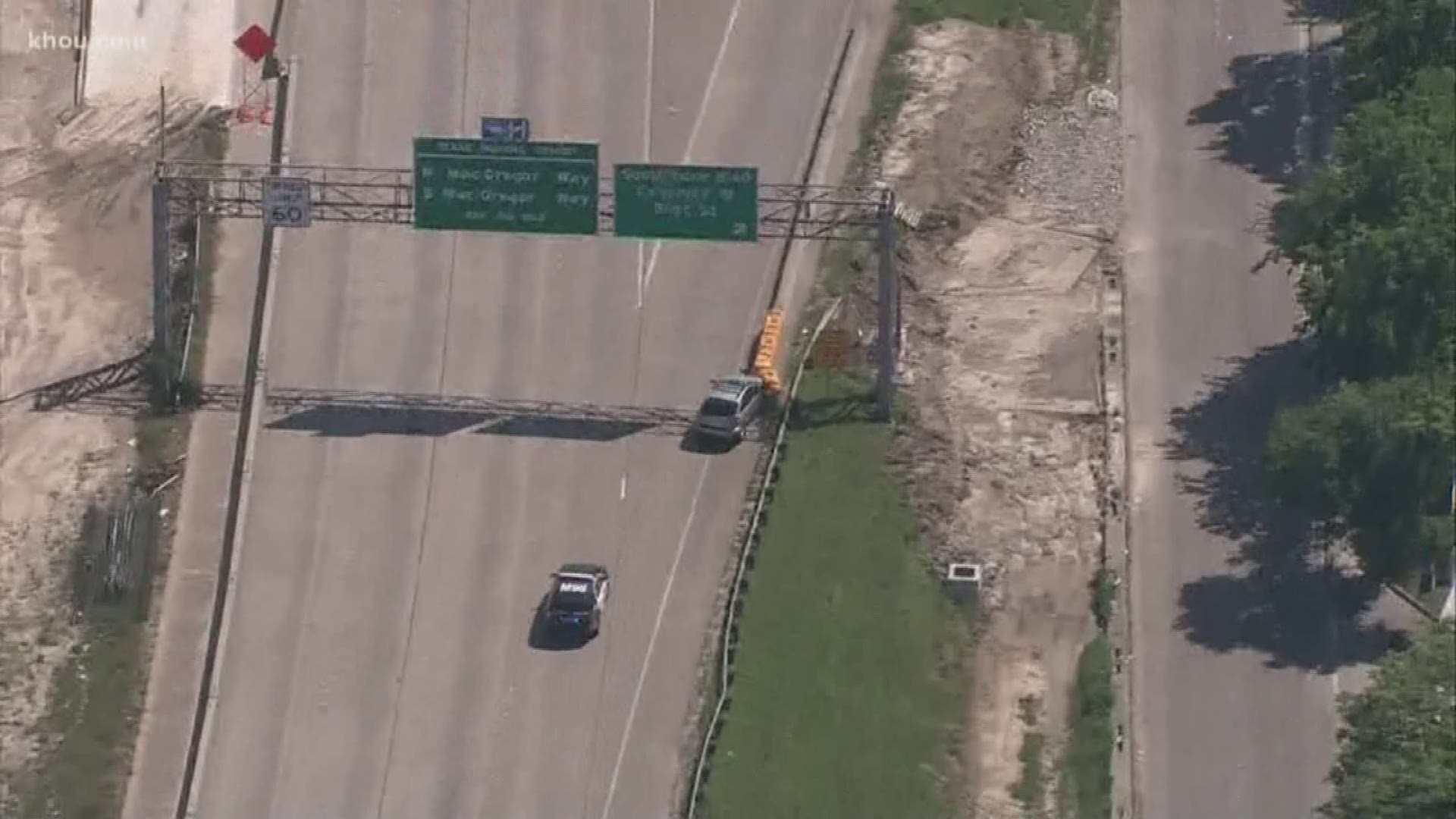 HOUSTON — A suspect who led police on a chase in southeast Houston is in custody after he crashed out on the South Freeway near the Texas Medical Center.

The suspect was taken to the hospital by ambulance after he slammed into a water barricade near the Southmore Blvd exit.

When the suspect was forced out of the car by police, he was bleeding from his head. It is unclear how serious his injuries are.

Houston police said they believe the suspect was driving a stolen vehicle.

The owner of the stolen vehicle spoke with KHOU 11 and said he hopes the suspect recovers from the crash. 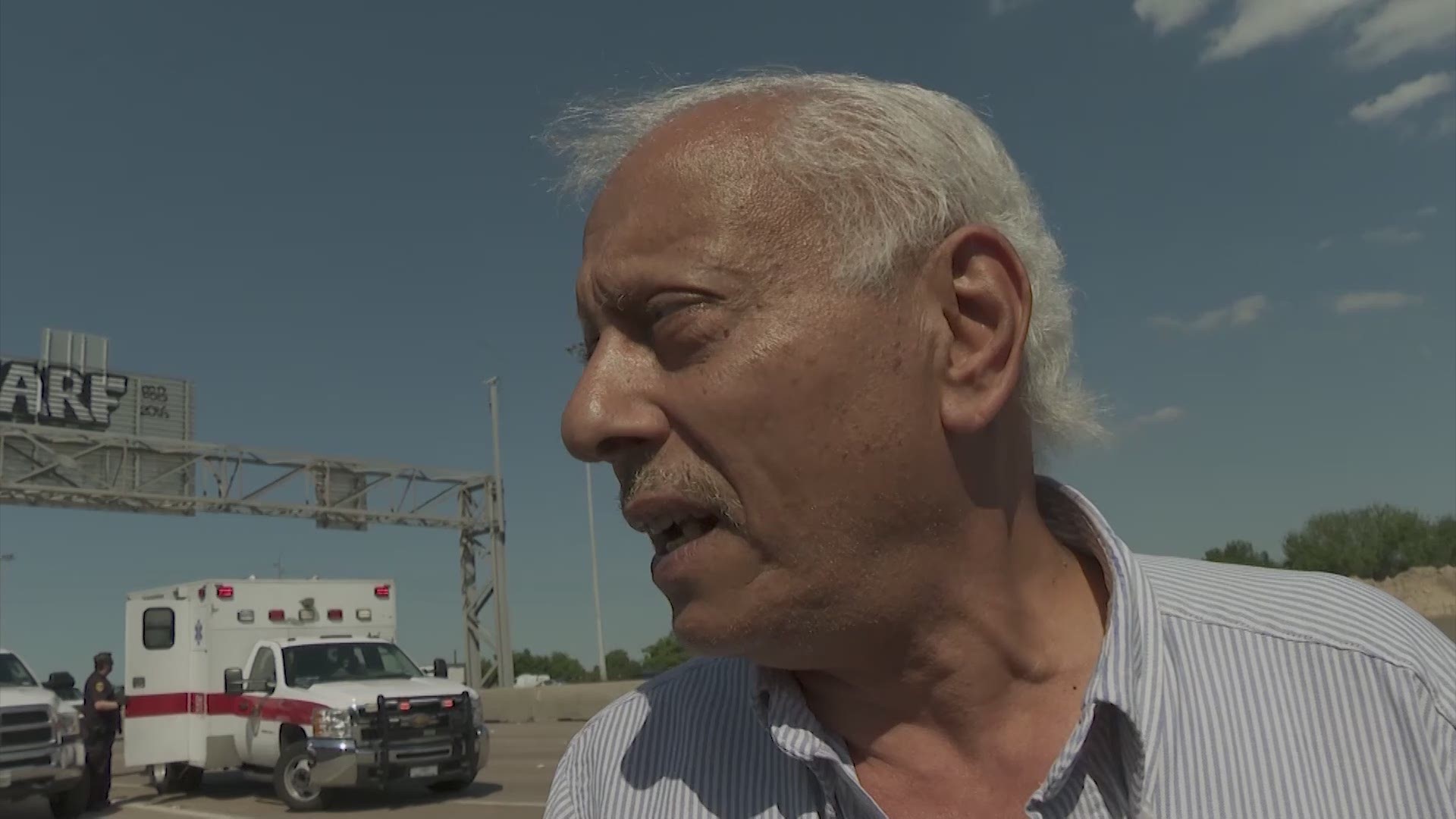 Air 11 was over the scene of the chase and captured the moment the suspect slammed into the water barriers. 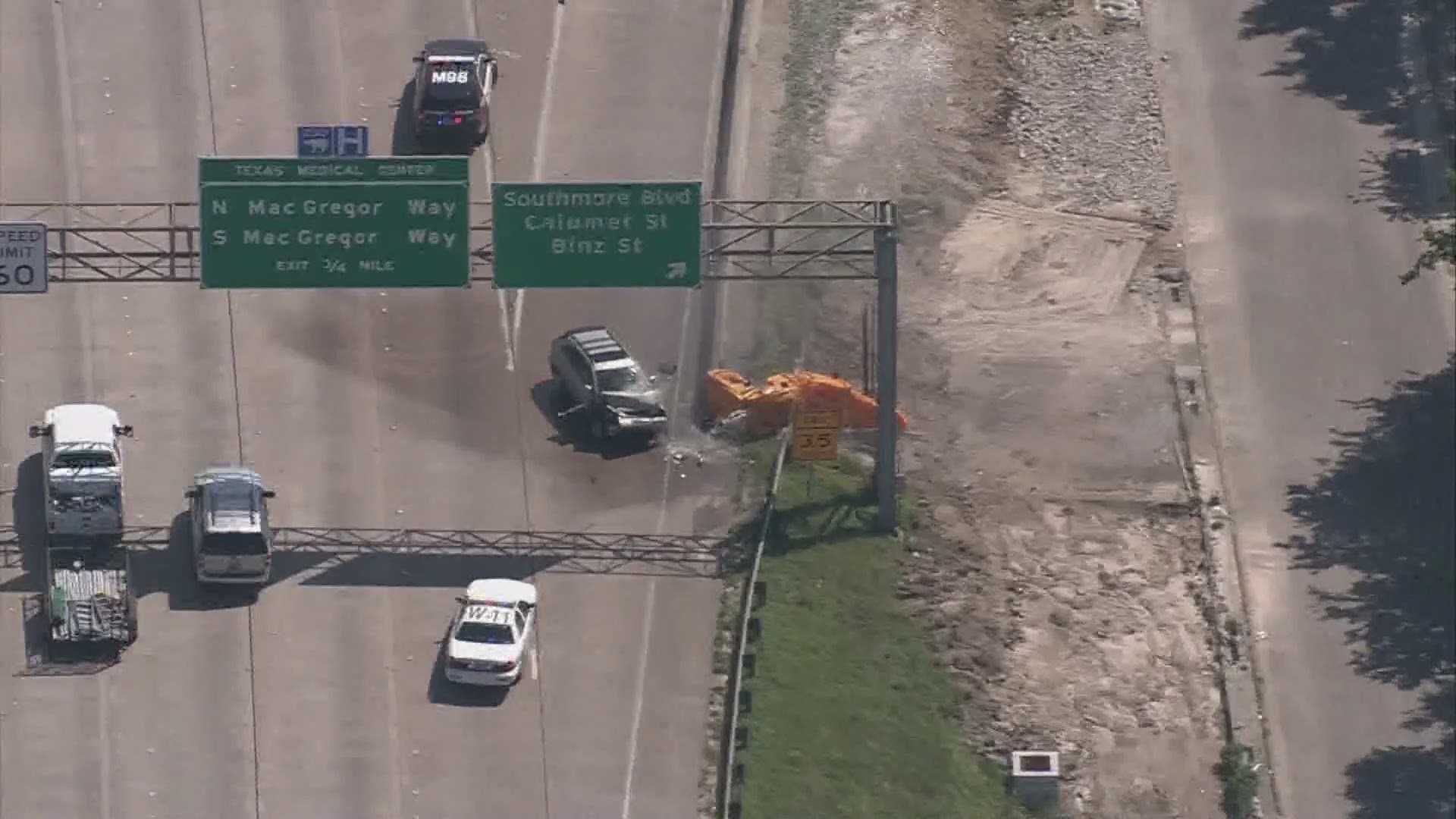