Some homes are being built so that multiple generations can live under one roof. The homes offer two private entrances for privacy. 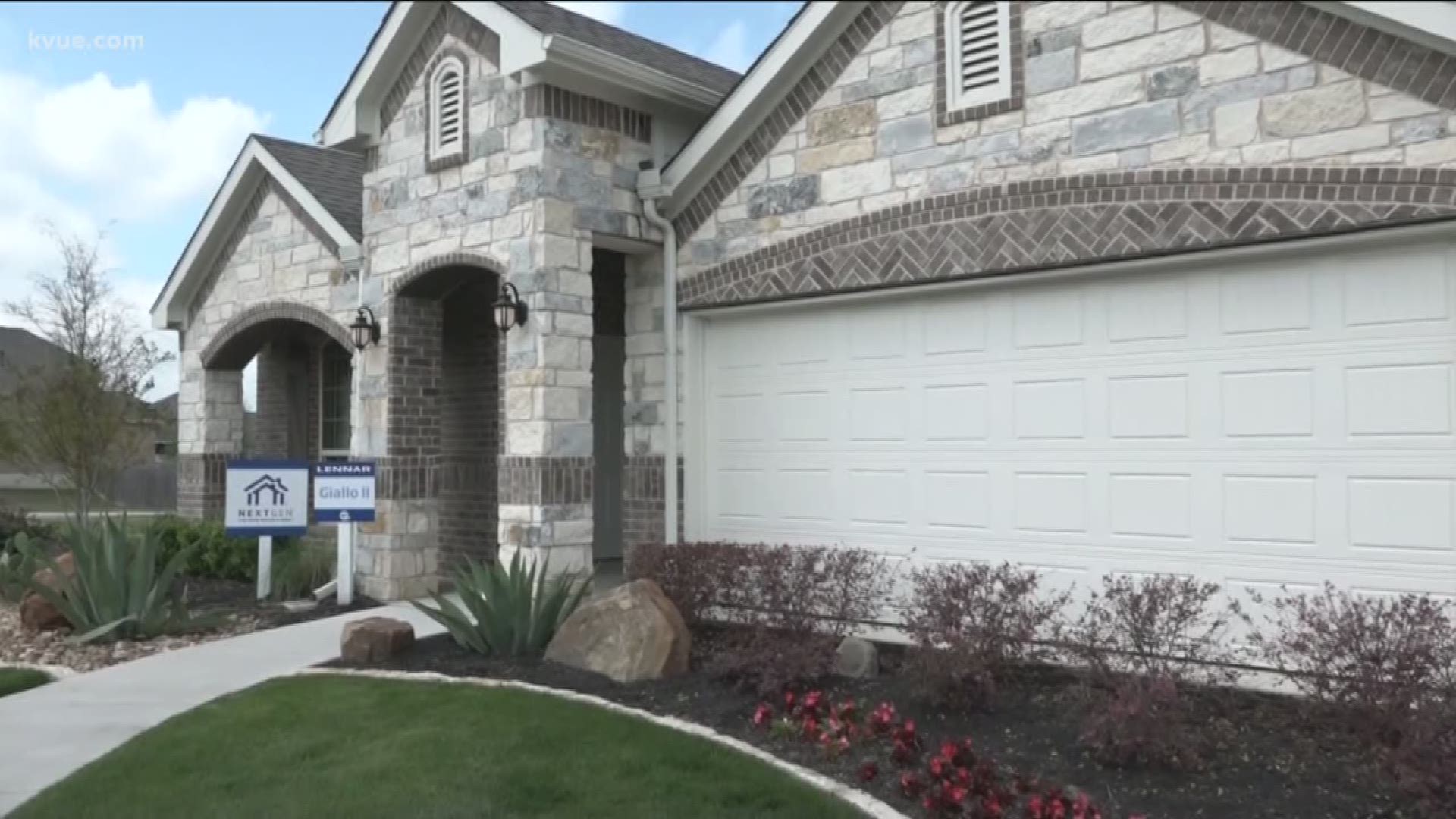 AUSTIN, Texas — Multiple generations living under one roof – it's a growing trend seen across the country that homebuilder Lennar is now accommodating for.

It's almost like getting two homes for the price of one.

Lennar calls it a home within a home and the goal is to give whoever's living there the privacy and independence they need. Many of their buyers are wanting to use the extra space to keep their aging parents close by.

“It does offer something that no other home offers,” said Travis Yamashita, who bought a Next Gen Home for aging parents.

Travis Yamashita and his wife were thinking years ahead when they bought their home in Round Rock.

“When my in-laws get to the point where they need care, this is probably where they will come,” said Yamashita.

He's not talking about this side of the home they're sitting in, he's talking about the other one - the one that has its own private entrance. It's part of a next-gen community and Lennar is the builder behind it.

KVUE took a tour of one of the model properties to get a better look. In addition to two private entrances, the separate 600 square foot space comes with its own living room, kitchen, washer and dryer, bathroom and bedroom. The rest of the family is only a room away and that's something that led Yamashita to buy the home, with his aging parents in mind.

“Just knowing that they can come stay with us versus going to stay at a care home – it's priceless,” said Yamashita.”

“One in five American families now have multiple generations living under one roof,” said Charlie Coleman with Lennar.

Coleman said the company noticed this trend back in 2011 and decided to build to it.

“As we're getting older it creates a lot of needs and assisted living,” said Coleman. “Assisted living can be very expensive.”

For some families, this home with a home is a more affordable option that also comes with added benefits.

“You know built-in babysitters sometimes and just having [our parents] get to know their grandkids more,” said Yamashita.

Studies show people are living longer than ever. A spokesperson for Lennar said they built about 20 of these homes in the Austin area last year and they expect that number to continue to grow. The starting price in Austin is just under $400,000.

This space isn't just for aging parents. It’s also for adults who have special needs and for adult children who come back from college, but aren't quite ready financially to buy or rent their own space.

Missing Kentucky teen could be headed toward Texas with step-grandfather

Woman, 61, gives birth to own grandchild