The legacy of our local dams: How an electrified early Austin helped shaped our lives today

The Colorado River begins as a virtual trickle in the Llano Estacado and runs through the center of Austin. 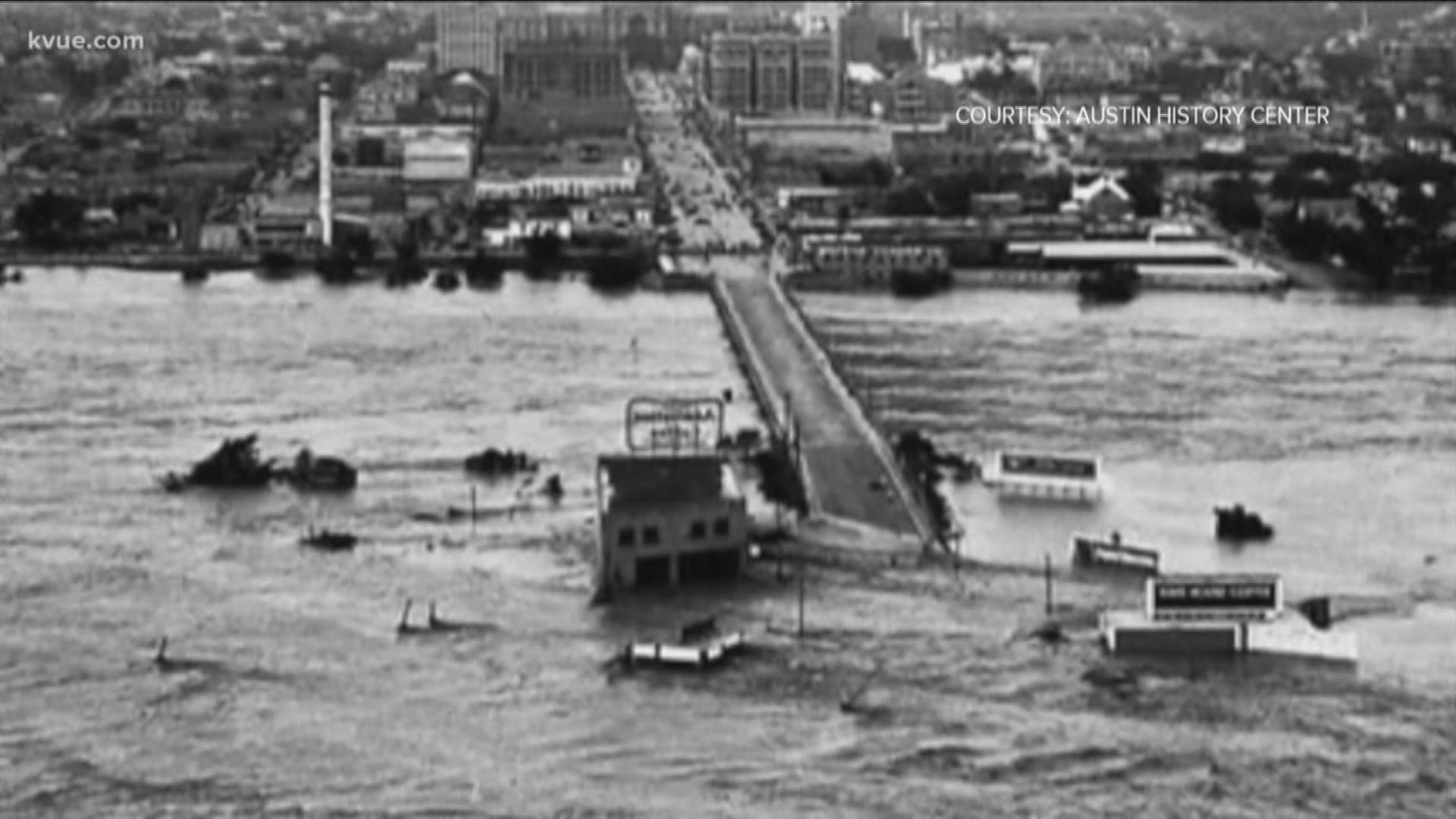 AUSTIN, Texas — The thread of history runs through our lives – and in Austin, the decision to build dams along the Colorado River long ago continues to reap benefits for Austinites.

The wild Colorado River in Texas – not to be confused with the Colorado River that runs 1,400 miles from the state of Colorado to Mexico – begins as a virtual trickle south of Lubbock in an area known as the Llano Estacado.

From a stream to a mighty river, the Colorado has historically sent wild floods across Texas, particularly as it flows through the Highland Lakes just northwest of Austin.

“Unfortunately, the land in that region doesn’t take a lot of water,” said John Williams, author of the book The History of the Lower Colorado River Authority. “In fact, it can’t tolerate much water for very long, and if you don’t have a way to control those flows, you can have a runway, uncontrollable flood.”

Those runaway floods have played a disastrous role in the history of Austin.

The first attempt at controlling the Colorado near Austin – and converting water into electricity – came in 1893 when workers built a 60-foot high, 1,200-foot-long granite dam just west of the city near the site of the current Tom Miller Dam.

That early dam provided water power for electric generators inside a tall powerhouse near what we know today as Lake Austin. And with electric power in the 1890s, Austin became one of the first electrified cities in the country.

“It [electric power] was so phenomenal, Austin actually made the cover of Scientific America magazine not once but twice,” Williams said.

But that dam wouldn’t prevail against a swollen Colorado. In 1900, a surge of water from heavy rainstorms west of town smashed the dam and flooded Austin.

The dam was rebuilt in 1912 when Austin’s city council approved paying $25,000 for repairs. But fast-moving water from a storm caused it to crumble again in 1915 during a flood that claimed 60 lives and destroyed 1,000 buildings in the city.

Finally, in 1940, effective flood control for Austin arrived with the construction of the Tom Miller Dam, named for the then-current Austin mayor. It was one of a series of Colorado River dams operated by the Lower Colorado River Authority (LCRA) that regulate the river as it flows through the Hill Country, Austin and downstream to the Gulf of Mexico.

And those early dams have connections to our "boomtown" lives today. That first dam, built in 1893, is among the reasons that Austin is one of the few cities in the U.S. that still operates its own power company – known today as Austin Energy – although it no longer uses water to generate electricity.

By the way, the next time you drive down Red Bud Trail by Tom Miller Dam, you might take a quick look at the number of granite stones in the water near the dam. Those stones were once part of that first dam that collapsed in 1900, the dam that brought Austin into the age of electric power before it was widely adopted elsewhere, leading to more businesses and more people moving here – a trend that continues today, 126 years later.