Historians call it a war as tempers flared between two rival states, though no shots were fired. 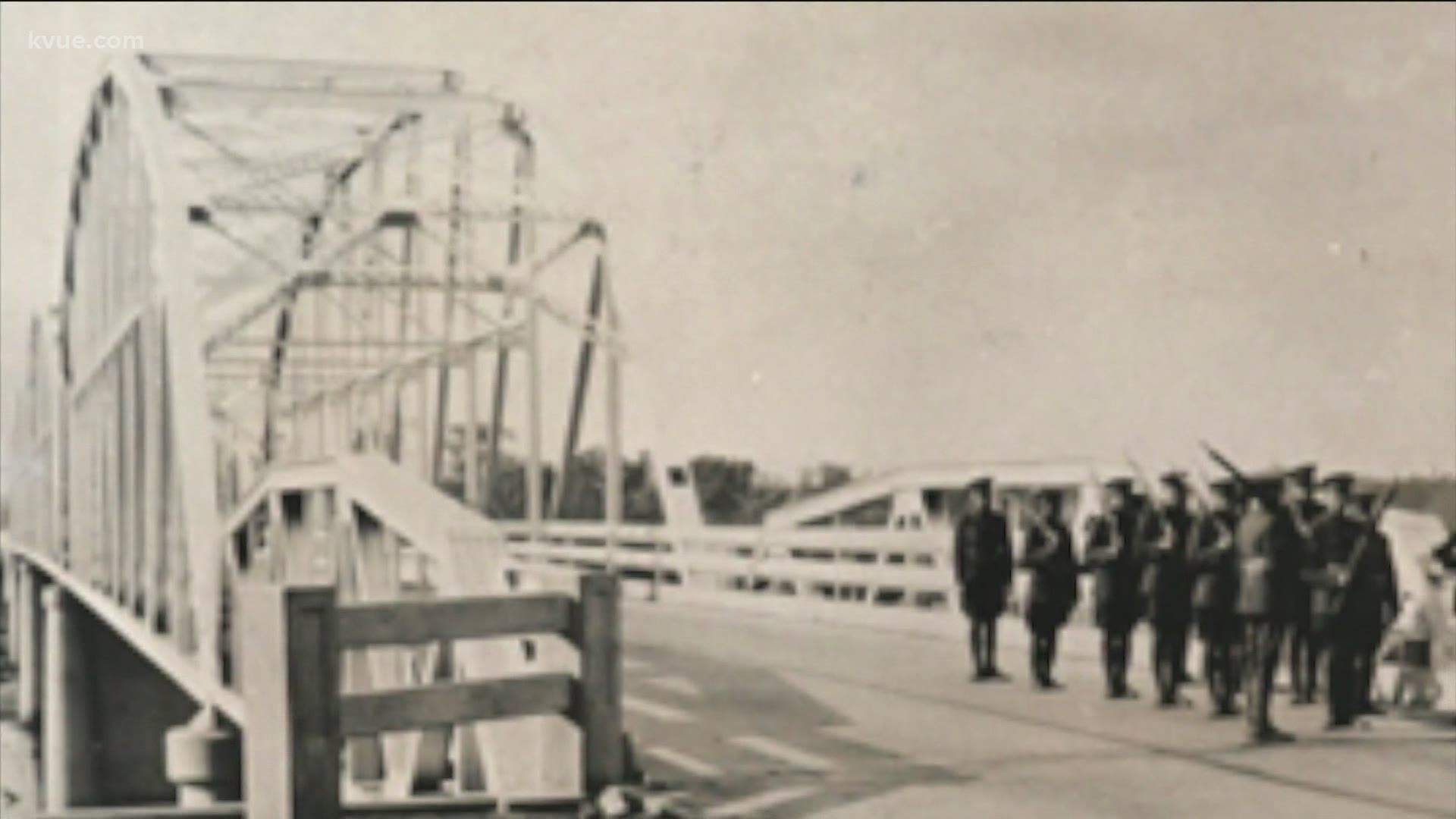 But it was along the river 90 years ago this week – July 1931 – that armed federal troops and the Texas Rangers went head-to-head in a standoff over the closing of a highway bridge.

Here’s how it happened.

Both states had worked together to build a highway bridge across the Red River to link Denison, Texas, and Durant, Oklahoma. People could drive across it for free.

But that upset a man who owned a toll bridge nearby. Texas agreed to buy his toll bridge and shut it down, but failed to pay up.

When the toll bridge owner sued the state for non-payment, then-Texas Gov. Ross Sterling was ordered by a federal judge to barricade the free bridge until the lawsuit could be resolved.

But those roadblocks riled up Oklahoma Gov. William “Alfalfa Bill” Murray, who ordered the bridge to be re-opened and sent troops to back him up. As a response, Gov. Sterling sent the Texas Rangers.

What followed was a standoff that lasted several weeks.

The matter was eventually resolved, peacefully, when Texas finally paid off the toll bridge operator and the free bridge was reopened. It remained in use until 1995 when it was removed and a new bridge replaced it.

By the way, a large section of the old bridge wound up in a field in Colbert, Oklahoma. These sections are the last remnants of the 1931 “war” between Texas and Oklahoma.