Most Austin protests have been non-violent, though police arrests sometime occur. But one protest in 1978 grew out of hand quickly. 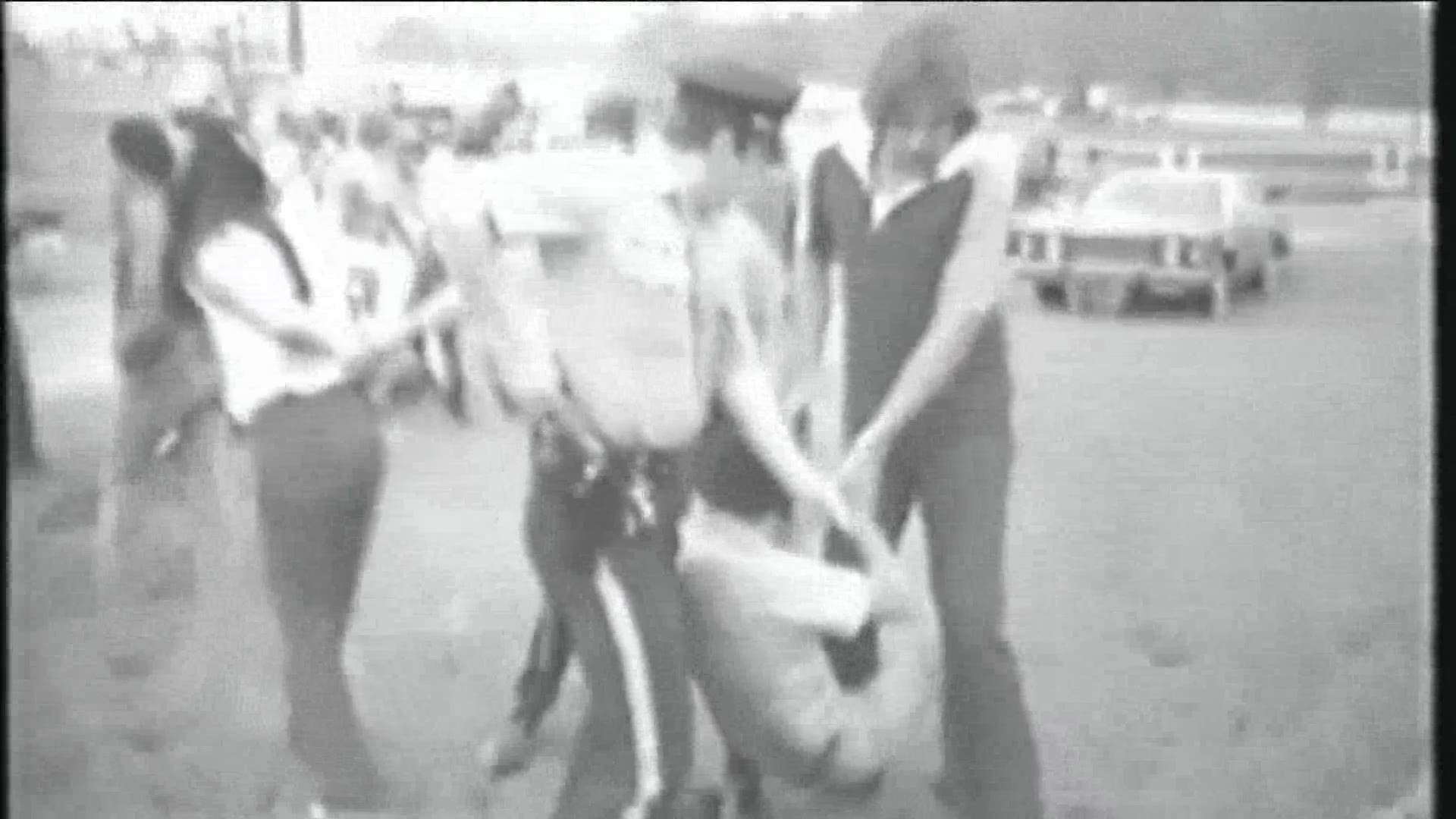 AUSTIN, Texas — Maybe it’s because the State Capitol is here, or maybe it’s because people who live around Austin aren’t afraid to let their feelings be known, but protests and rallies of some sort are practically weekly occurrences.

Most are non-violent, though there are occasional arrests.

That was not the case at an Austin protest in 1978.

It happened when a predominantly Hispanic neighborhood in East Austin fought back against drag boat races in nearby Town Lake, now called Ladybird Lake. The noise and crowds disrupted their homes every August during a citywide event known as Aqua Fest.

It was a popular 10-day celebration of summer that most of the residents enjoyed, but the drag boat races with their loud engines and big crowds divided the community. Throughout the 1970s, neighbors near the lake pleaded with Austin City Council members to ban the races, but they continued.

By 1977, neighborhood activists had enough and spoke at an impassioned city council hearing prior to another council vote to either ban or keep the boat races.

By a margin of 4-3, the races were allowed to continue again.  And when the boat races returned to East Austin’s Festival Beach in 1978, there were violent scuffles between the protestors, police and some bystanders.

It’s not clear who threw the first punch, but fights broke out and eventually police grew aggressive – some say too much so, as video from the time reveals. There were injuries – none serious – and 19 protesters were arrested. One Austin police officer was removed from his job.

Eventually, the drag boat races would be moved away from East Austin and were later discontinued.  Aqua Fest, itself, would come to an end in 1998.

WATCH: The Back Story: The history of violent protests in Austin