Every year since its formation, the American Legion Post hosts a memorial ceremony in Veterans Memorial Park in Cedar Park. 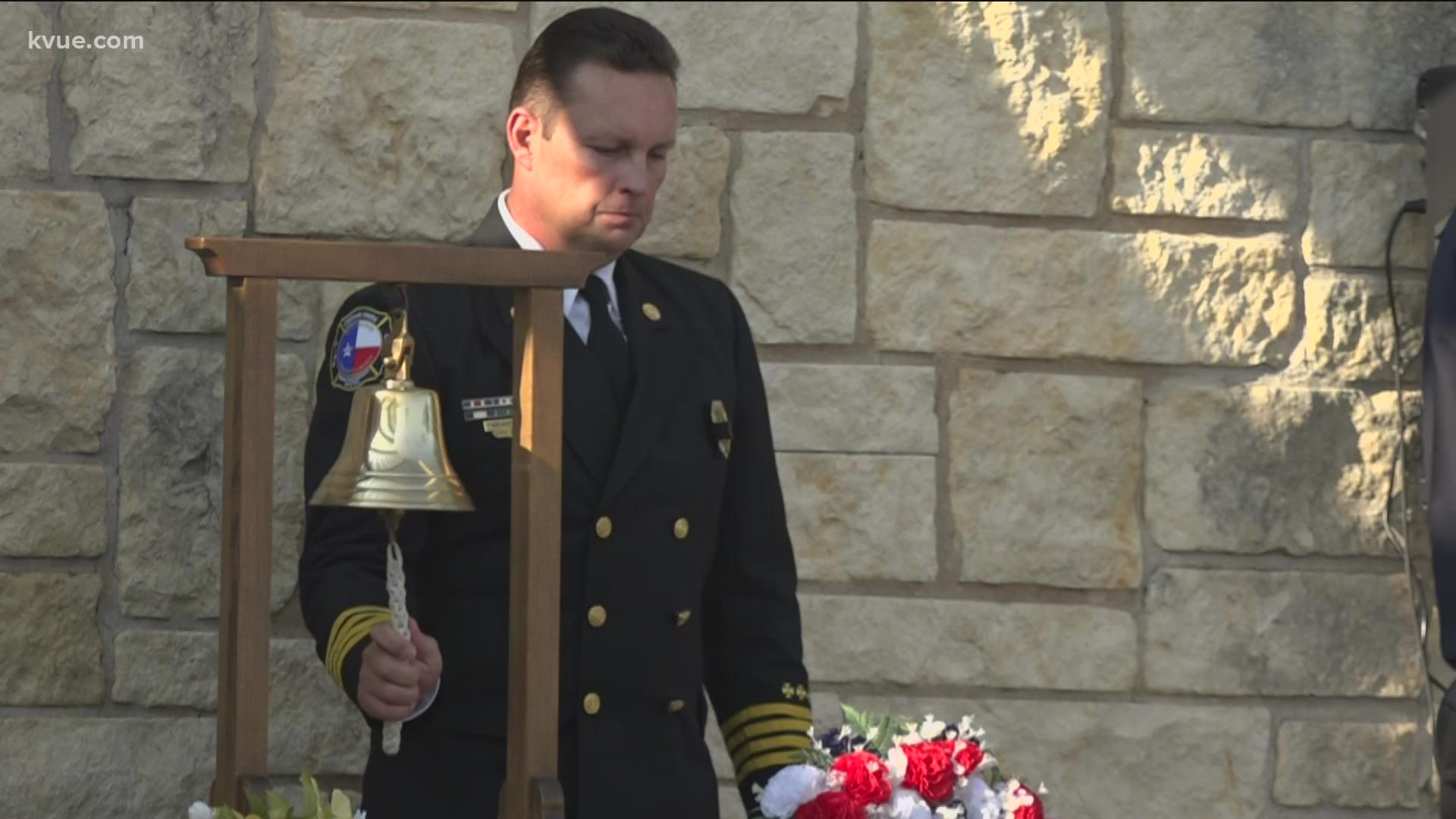 CEDAR PARK, Texas — The Cedar Park 9/11 memorial hosted by American Legion Hunter-Morris Post 911 focused on the people: the bystanders who died, the heroes who saved others.

"The first responders would still go in again if they had to or needed to," Cedar Park Fire Chief James Mallinger said.

Mallinger was the keynote speaker Saturday at Veterans Memorial Park. The ceremony consisted of moments of silence the same time as the monumental moments during the terror attacks of Sept. 11, various speakers from public safety and local military representatives.

This American Legion Post won't ever forget the attacks. Formed 10 years ago, the founders chose 911 specifically.

Today, American Legion Hunter-Morris Post 911 held its annual memorial to remember those killed as a result of the attack on the United States 20 years ago. As a constant reminder, the Post chose 911 as their numbers specifically. #NeverForget @KVUE pic.twitter.com/CnNisNHnEL

"We picked 9/11 so that we would be able to remind the community that we will never forget. And that's our purpose, is to never forget," Post Commander PT Turner, a Vietnam Navy veteran, said.

Turner, along with Cedar Park Mayor Corbin Van Arsdale in his speech Saturday, compared the attacks to other landmark tragedies in American history.

People around the world say "Never Forget" on Sept. 11, every year. Turner talked specifically about who they honor and why they honor them.

"Always remember what those folks did, not only the ones that were innocent and died in it, but the ones that ran toward the the building knowing that they were putting their lives in danger. Sure death in some cases. And they went anyway," Turner said.

Never forget: 9/11 images that will stick with us forever