The march began at 9 a.m. near the MLK statue on the East Mall of the University of Texas campus. 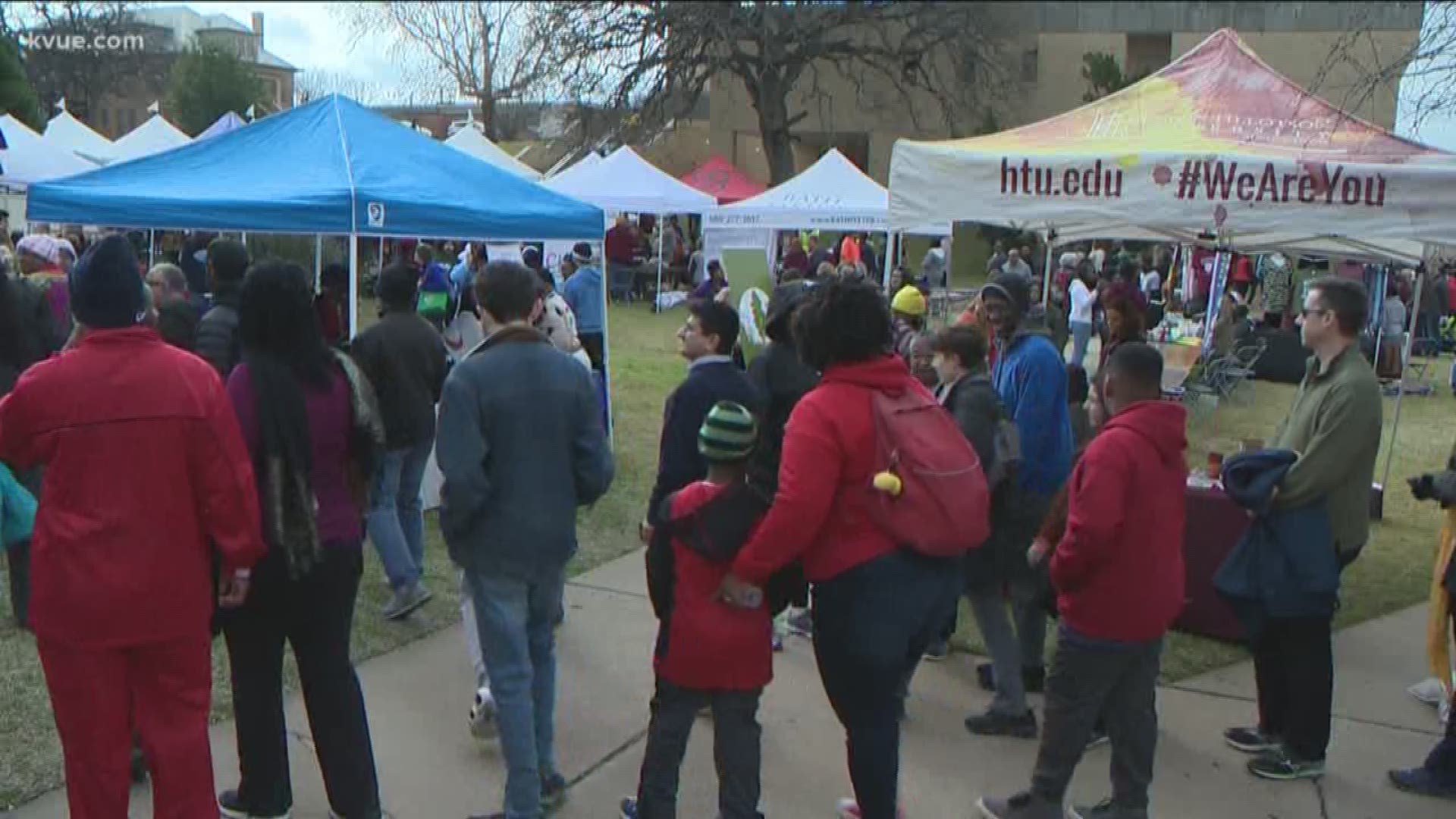 AUSTIN, Texas — People across the country will celebrate and march for the legacy of Martin Luther King Jr. – including in Austin.

Austinites started the march at the University of Texas campus near the MLK statue.

Gregory L. Fenves, president of UT, provided the welcome. He was followed by Vice Provost for Diversity Edmund T. Gordon and African and African Diaspora Studies Department Chair Cherise Smith. A gospel choir performed and attendees also heard from a student from an Austin area public school who won the MLK Oratory Contest.

The march began at 9 a.m. near the MLK statue on the East Mall. From UT, members from the Austin community marched to the south steps of the Capitol and then proceed to Huston-Tillotson University.

Once at Huston-Tillotson, marchers will participate in a number of festivities with food trucks and music to honor the late civil rights leader until 3:30 p.m.

KVUE spoke to one of the organizers of the event who said this march is about remembering Martin Luther King Jr. and bringing the community together.

'Out of a mountain of despair, a stone of hope' | MLK Memorial brings famous speech to life

"If we can look back at history and see the work people did during the civil rights movement, not only Dr. King, but all those that worked with him and for that same goal and we can see that their working together is what really made the difference," said Para Agboga, Austin Area Heritage Council.

The organization said more than 200 volunteers are needed to share their time and energy from 9 a.m. to noon. The planned day of service will leverage the strength of local citizens to advance Dr. King's dream of opportunity for all, United Way said.

Cold, arctic air spreading across the country this week